Back in 1999 Pokemania was in full swing and we also got Pokemon the first movie: Mewtwo Strikes Back. Here we are 20 years later with a CG remake of that first movie and while a lot of the potential seemed to have been ignored instead for a 1:1 remake, it was still going to be interesting to see how different this adaptation would be from the original 4Kids localized version and also how Mewtwo Strikes Back Evolution differs in general from the original movie. 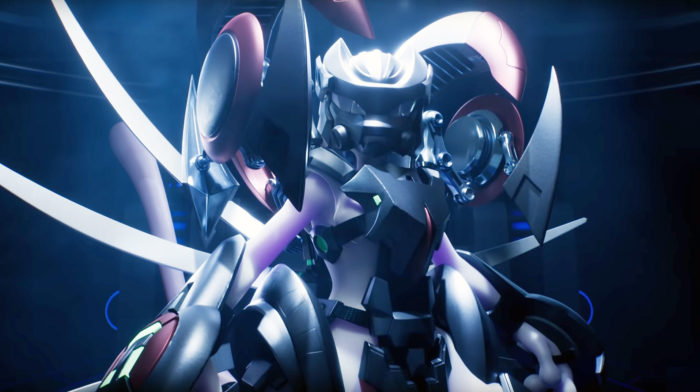 When this was announced I was intrigued, I was hoping it’d be a sequel to the original despite already having a movie sequel with Mewtwo Returns. Counting we had started a new Ash movie continuity with Pokemon I choose You which wasn’t very good and the much better Pokemon the Power of Us reboot movie that this could be a version of Mewtwo Strikes Back on this new movie continuity. Sadly Ash here is wearing the classic Ash hat instead of the reboot Ash hat, and even though he looks younger like in the reboot universe it is just a 1:1 remake of the First Movie. I guess you could still say it’s reboot Movie Ash but meh.

As far as the CG, it’s really impressive, some of the character designs aren’t great and they can look stiff at times but in general the style is impressive. The Pokemon have better realistic style than Detective Pikachu. The 2D styles of some of our favorite characters look weird but in general they look nice, just not the best 2D anime to 3D CG, they took their liberties, but if they were different characters we wouldn’t be complaining. The movie is gorgeous in many places and in a way it looks like a full length movie of a fan made demo short. Hell at times it looks like those awesome Pokemon TCG commercials. 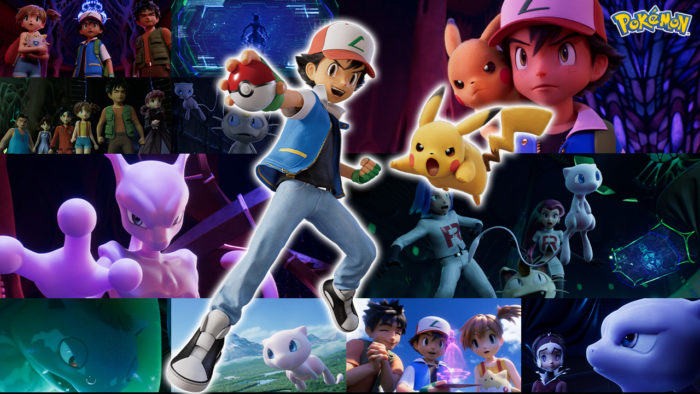 So the 3D look is not to blame in general but the main issue is that this is indeed a frame by frame remake of Pokemon the First movie and it’s boring even if it’s neat to see it being done in a different style. Some scenes are a little bit longer and it’s neat to see how things got there but it’s mostly pointless, not to mention it’s missing Mewtwo’s origin and Pikachu’s vacation. It just leaves much to be desired, and again it’s not that the CG look for Pokemon ruins the movie, just the original has more emotion.

As far as the dub, it’s surprisingly good, the new translation seems to be a bit closer to the original but at the same time it’s still a localization. Some of that is good, other parts well not so much. The 4Kids dub did a great job in showing and giving emotion to the characters that it’s lost here. The voice actors while having been on their roles for far longer than the original cast still don’t match the original voices and in this remake you can see it, they’re not bad by any means but it’s still inferior. Sadly I’ll take the 4K!ds edit of the movie as well as script even if the current one is not bad at all as I mentioned, but not only that also the music. 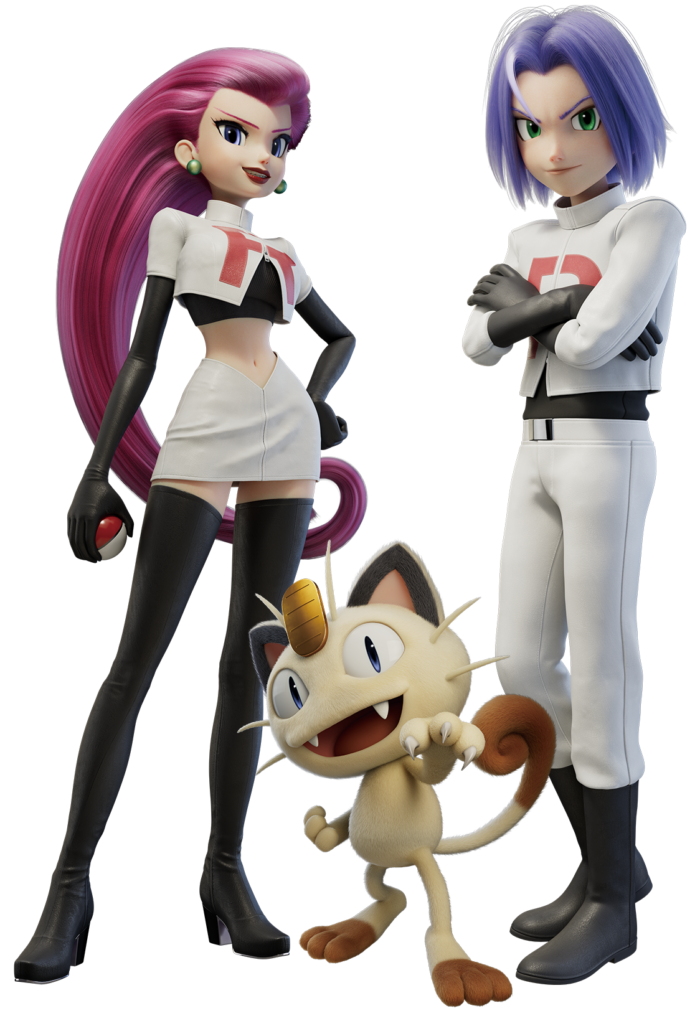 The soundtrack is the Japanese one and sadly it’s not as good as the original theatrical version, 4Kids did a great job localizing this movie and the music and soundtrack of Pokemon the First Movie: Mewtwo Strikes Back made the film stand out as we saw when we listened back at that cd. Here the emotion is not felt as well, you could argue some of it is nostalgia but I don’t believe it is, I tried going in with an open mind and I can change my opinion despite having nostalgia for something. 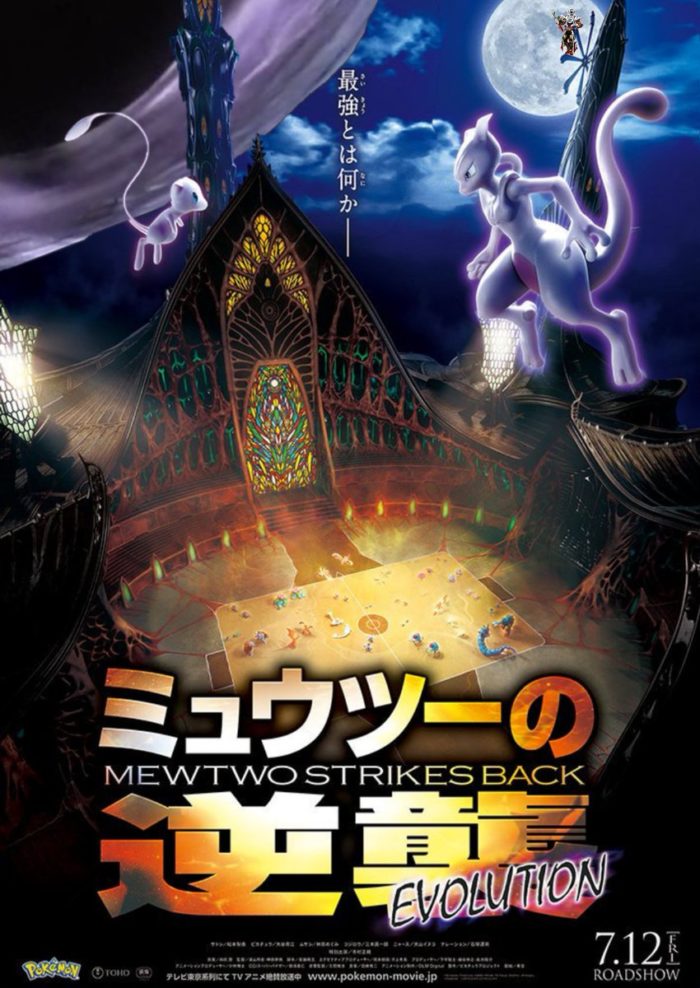 My biggest gripe is that I would’ve loved a new take on Mewtwo Strikes Back, and that’s why Reboot Ash continuity would’ve been the best choice since they could’ve taken that same story anywhere, not bound by continuity or anything, take the aspects that worked and make them better. Instead we get this neat but bland version of Mewtwo Strikes Back but in 3D, which isn’t bad by any means, it just isn’t memorable in anyway when compared to the superior original. 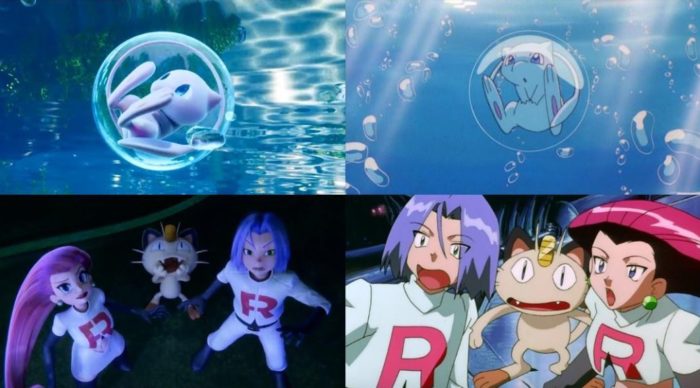 I’d be fine with a 1:1 remake of Pokemon the Movie 2000 The Power of One done in this style, so it’s not like I’m against the idea, I just think more can be done. Gorgeous movie, flawed movie, watch it if you’ve never seen the original or if you’re a Pokemon fan since it’s a fine movie, just nothing that makes it memorable.