Pokemon The Movie The Power of Us reboot is surprisingly decent

In this sequel to the Pokemon Reboot movie I Choose You which turned out to be a huge missed opportunity they decided to take another totally different approach for this movie. Making it an ambiguous continuity with The Power of Us or Everyone’s Story in Japan. Making a reference to Pokemon 2000 The Power of One, mostly since it’s the second film in this reboot and it also sort of involves Lugia but it’s more about a story of different people in a town + Ash instead of the normal movie format which they stopped after diminishing interest. 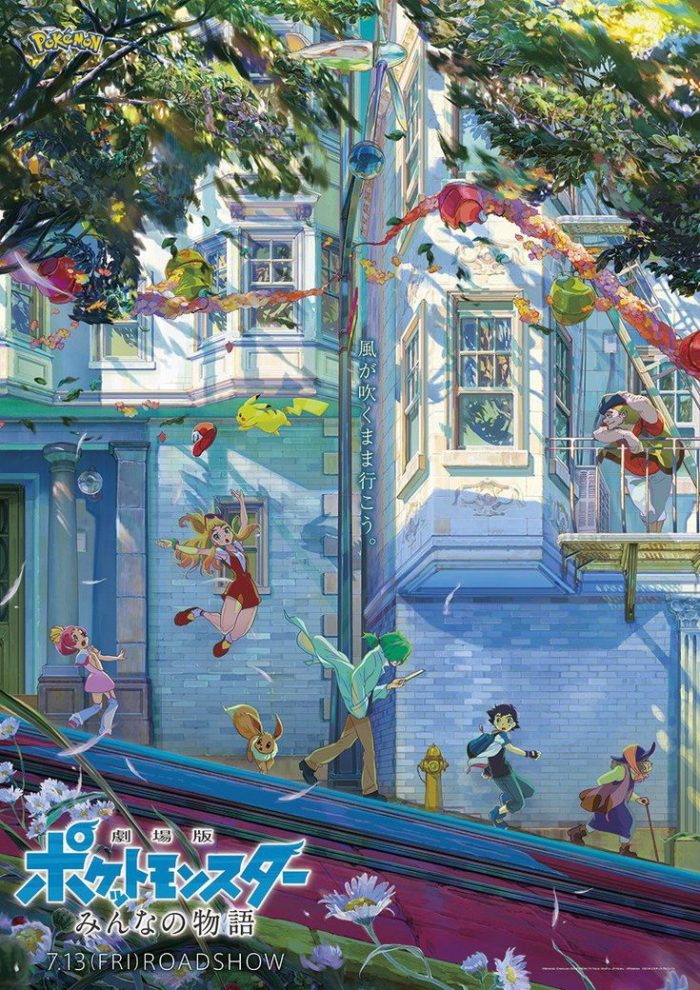 While making no reference to the reboot movie Ash and having a new design, he wears the same cap from the previous movie. Continuity is kept vague and doesn’t reference anything to make it easy to jump into the movie regardless of being a new fan, a fan of the anime or just a lapsed fan. While no mentions of the previous adventure it seems to be meant to take place in the same canon as the previous film. Ash wears a Black and White clothing style and while he is a part of the movie and does usual Ash things but he isn’t the main star as he is more of a co-star in this movie with other characters. 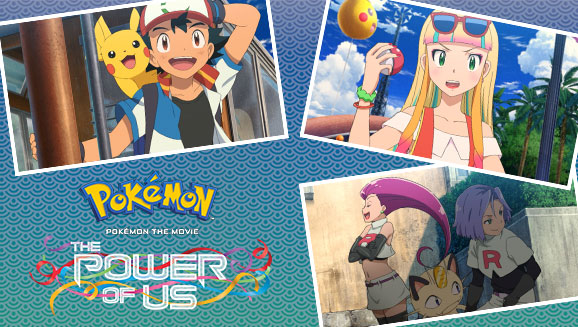 Old favorites like Officer Jenny, and Nurse Joy appear in small roles, we also get the Team Rocket Trio and while also not the biggest roles it’s bigger than their normal movie appearances in a way. They have weird proportions but it’s nice to see Wobbufett along James, Meowth and Jessie’s cool sleeveless design. The voice acting for the most part is fine, it’s the legacy characters like Ash and TR that really throw you off. The character designs in general are really different which doesn’t work for everyone but it does help give it a fresh look the movie needed to stand out from previous ones. 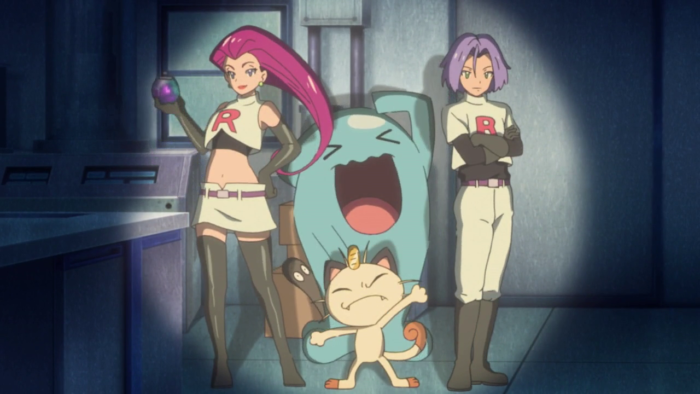 We get to meet other characters who share their stories with the main one being Risa who actually starts the film where we get a little of her back story because of her brother’s request to catch Pokemon and she feels like a bit of a trend hopper and that works since she gets to find out why Pokemon is cool and well she is new waifu material so she automatically was loved even if her Eevee didn’t have a new form. Margo is a little girl who mostly fills the role of being a little girl and further the plot. 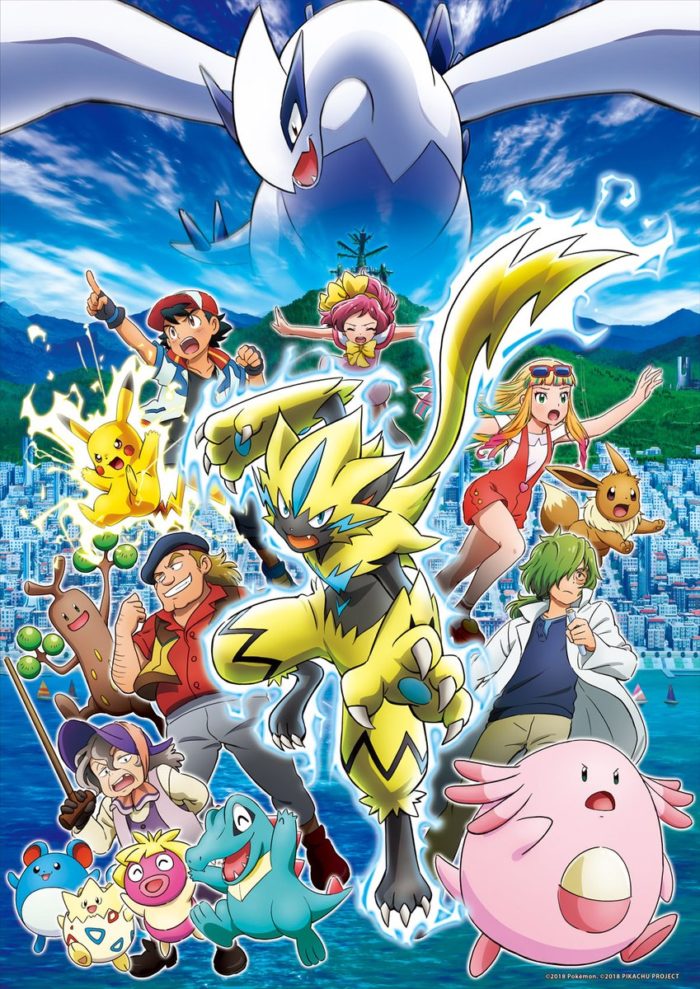 Toren is a professor / researcher which is not a character type we normally get to follow much in the anime, and the fact that he is socially inept helps represent plenty of the Pokemon fandom. Harriet is an old lady with Gold Silver Generation Pokemon but doesn’t do much. Callahan is a jaded guy who wants to appear like he is better than he really is to others like his family Mia and Kelley. Zoraera doesn’t feel forced like Marshadow did in the previous film but he also doesn’t do much and I bought Ultra Moon just to get him. 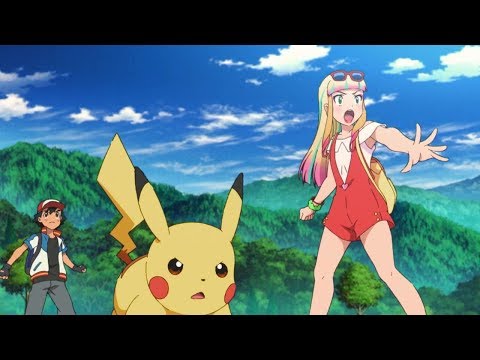 Fula City is really cool and I’m glad the Wind festival takes place there since normally we don’t get to explore the cool cities the franchise designs. This different characters we don’t normally have in the Pocket Monsters anime really help the movie be more interesting than the normal movie formula as cool as it would’ve been to have seen a Sun and Moon movie or another movie like this one I like that they’re taking chances with each film. Overall a better entry and this new style every year format has potential after starting out in a slump 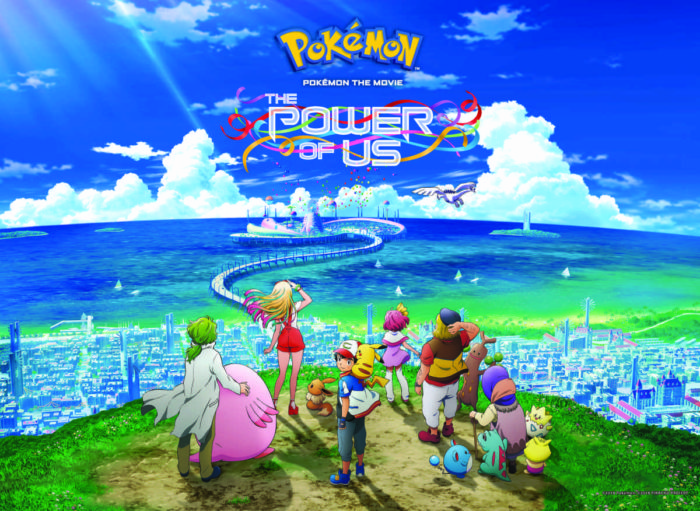