Pokemon The First Movie soundtrack is everything we deserved: Mewtwo Strikes Back Evolution beware

Back when movie soundtracks were a thing I was a kid and didn’t really care for them, all I wanted was my fictional characters dammit. Pokemon the first movie Mewtwo Strikes Back of course got a soundtrack with all your favorite pop artists from 1999 and they went all out featuring some highly popular artist at the time, they knew Pokemon was hot and weren’t going to let this opportunity go. Getting rid of most of the Japanese score 4Kids did a pretty good job at trying to make the movie hip. Most kids might have asked for this solely for the promo Pokemon TCG Jigglypuff card which like a year later they gave away for free at the Pokemon Trading Card Game league. But enough of that let’s take a look at the soundtrack, some were in the actual movie, some where in the Pikachu short Pikachu’s Summer Vacation, some in the credits and a some were just here for no reason. 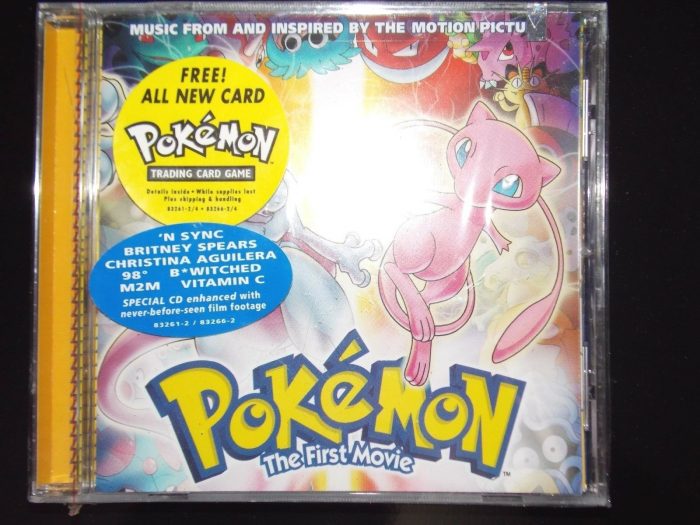 “Pokémon Theme” (Movie Version) by Billy Crawford might not be better than the original but it’s a decent cover and it worked perfectly for the movie since it felt different yet familiar since it’s the same damn song. It’s good enough to fool you into thinking it’s a better version while you’re watching a movie since it feels a bit more epic. It’s of course helped by the fact that you had a decent Ash Ketchum battle with a Team Aqua member and a new never before seen Pokemon with Donphan and who can forget the thundershock that knocks out Golem or how Machamp comes out twice to flex in the English dub edit. 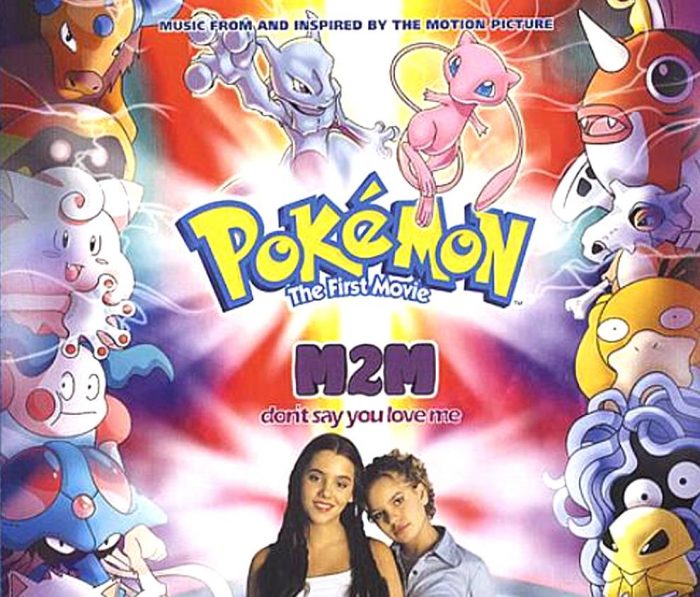 “Don’t Say You Love Me” by M2M which was used in commercials to promote the soundtrack and the movie and despite editing some of the lyrics the song is highly inappropriate for kids which makes it even more awesome that this was sort of the official Pokemon first movie theme. The song is basically about a guy wanting to have sex with her but she’s not ready and she explains it away at the auto cinema with a song. The music video is them singing at the drive in cinema and some random dancing in the middle of it because it’s the 90s and a poor guy losing control of the popcorn. The guy only appears for a few parts of the music video acting awkward before leaving disappointed that he told his friends he was getting lucky and clearly didn’t while everyone celebrates with raining popcorn..

The Pokemon version of the movie only shows scenes from the Pokemon movie instead of the random Open purple or intermission scenes scenes from the original which makes the Pokemon version much better since the random Pokemon scenes and the implication that all these teenagers prefer to watch Pokemon over anything back in 1999, not like now that it’s cool to like Pokemon. Pikachu on the background as horny teenagers are doing their thing is what KidsWB and Nintendo thought was a good idea so why not. The main difference between the songs is the beginning “You start kissing me” gets replaces “You said you Love me” but as I said it’s not like it changes the meaning of the song much.

“It Was You” by Ashley Ballard with So Plush is not in the movie and no surprise since no one knows who those two are but they appear to be some Destiny’s Child type R&B girl group. Song isn’t very good and no relevance to Pokemon and like with other Pokemon soundtracks just put here to try to make them a hit and this was their big chance, sorry that it didn’t work out girls. “We’re a Miracle” by Christina Aguilera is good and a good representation of her style from her first album with blonde haired good girl Christina and the cheesy lyrics fit the movie’s theme and ending well. 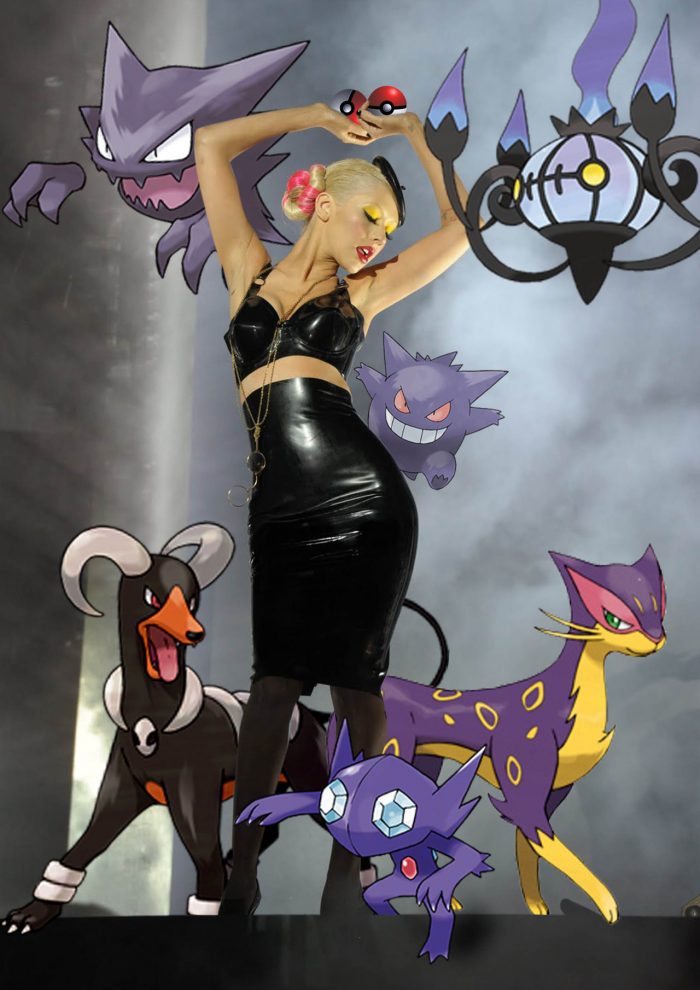 We continue with “Soda Pop” by Britney Spears that isn’t in the movie despite her being a big name but that’s probably for the best. Song doesn’t have anything to do with Pokemon or be shoehorned in anyway as related unless it’s so hut during the summer vacation that you need Soda Pop. But yeah Britney Spears has some background in Pokemon and all the way back in Gen 1 with a decent song nonetheless. So far this soundtrack is already much better than the bottom of the barrel Pokemon 2000 one but ‘N Sync try their best to lower the quality and it’s a classic boy band song which is best that it was also left out of the actual movie. 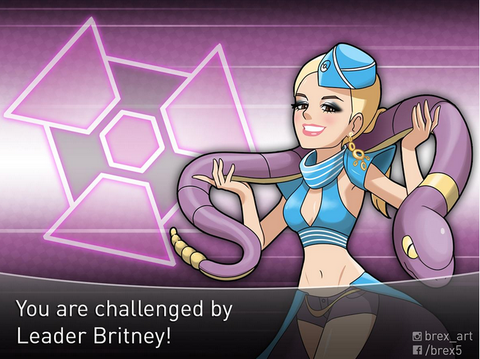 Get Happy – B*Witched while not in the movie fits a lot better as it’s upbeat and catchy so it could’ve been a welcome choice and a good song overall. Nostalgia might be influencing my opinions now but (Hey You) Free Up Your Mind – Emma Bunton is not a bad song even if it has nothing to do with Pokemon but the Spice Girls still had some fading pull and even though she was trying for a solo career she’s still credited as Baby Spice in the actual CD. Fly With Me – 98 Degrees is a generic boy band song so let’s just skip it and instead I’ll mention how I somehow got that promo jigglypuff promo card somehow and it was a great card, soulless eyes and music notes with eyes! 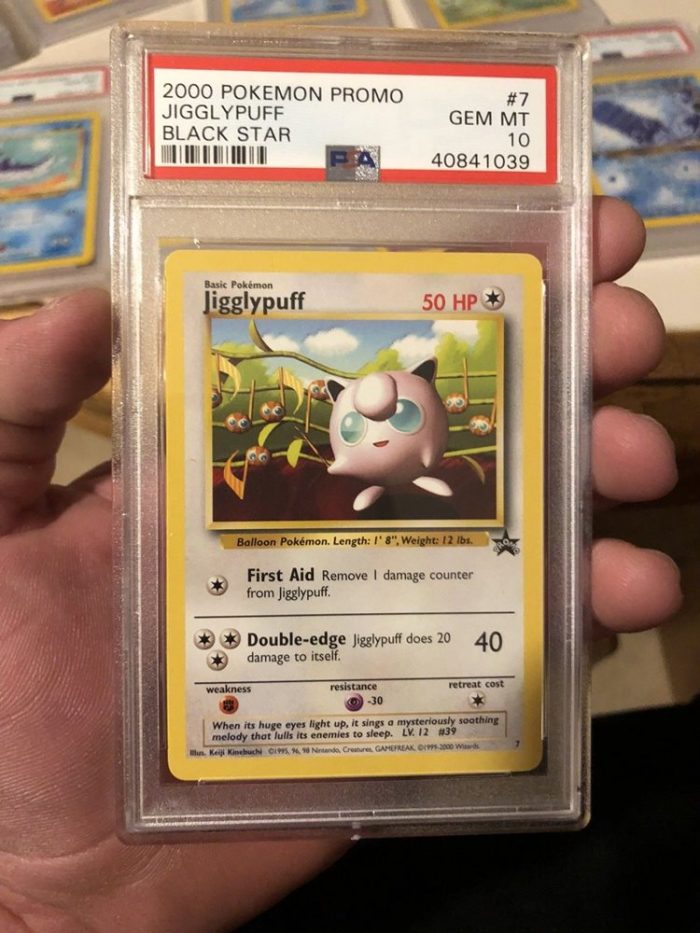 The M2M song might be a one of my favorites counting I wrote two paragraphs about it but “Lullaby” by Mandah is clearly the best song in the entire soundtrack and of every Pokemon soundtrack ever made. Not only is it one of the few Pokemon themed songs, it’s about Jigglypuff before it was a fan favorite Pokemon like she is now and the lyrics are all about its attack Sing, hell it even features Rachael Lillis. Now going by the name Willa Ford I sure hope it was this track that lead her to greener pastures. 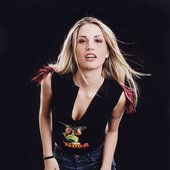 Vitamin C with Vacation is somehow able to not feel like a downgrade after the previous track, fun and upbeat it made me really feel the hot summer sun even though the movie came out and it was November. I’m sure it was songs like this one in the soundtrack that helped Pikachu’s Summer Vacation go from just a Pikachu short into my favorite Pikachu short. Makin’ My Way (Any Way That I Can) by Billie is just trash so instead I’ll talk about how the special behind the scenes stuff it included were mostly links to a website that no longer exist, those old CD ROM features from cds are either lackluster, deadlinks but sometimes you find a few gems in them. 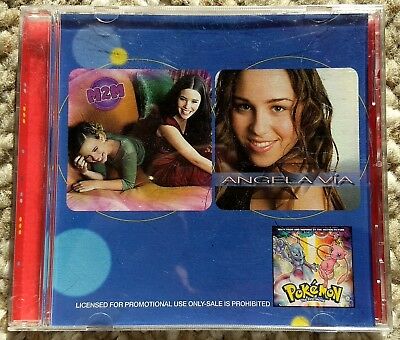 Catch Me if You Can by Angela Via gets a few points for being another Pokemon themed song and it’s really fun at times, but some of the verses kill the inertia of the song. No wonder we only ever hear the chorus in the movie but it gets my seal of approval nonetheless. Better than “(Have Some) Fun with the Funk” by Aaron Carter back when he tried to be a thing, remember that? No reason for him to be here and he didn’t even make the cut to be part of the credits songs.

If Only Tears Could Bring You Back” by the Midnight Sons is generic but makes sense with the ending of Mewtwo Strikes Back but the real song for that scene we all know is Brother, My Brother by Blessid Union of Souls and I can’t picture that final scene with Pikachu crying with another song. 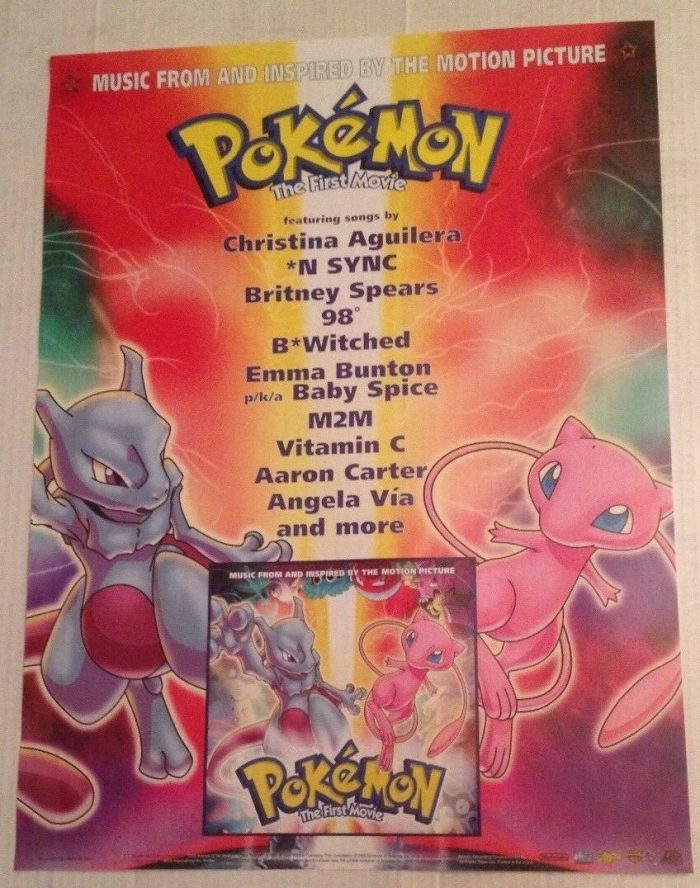 Overall it was a really good soundtrack that fit the movie well even if replacing the superior Japanese score in certain scenes but also a good representation of the time which was 1999. If Mewtwo Strikes Back Evolution is a 1:1 remake in CG of the original and it doesn’t include the soundtrack it just won’t be the same. For more Pokemon articles including other Pokemon soundtrack reviews and oddities click here.