Tribute to SatAM Sonic the Hedgehog

When youtube first launched ten years ago I used to search for stuff that I had plenty of nostalgia for and Sonic the Hedgehog’s SatAM show was one of them. While I never really liked “tribute’ videos which were quite popular at the time there was one that I enjoyed a lot that it became one of the first Youtube videos I ever favorited so it’s worth your time to check it out.


The quality is not amazing since this was not only the early days of youtube but also before SatAM even had a DVD release so it was all from VHS tapes that were digitized and put up on the early days of broadband so enjoy the Divx logo. A lot of the video is just the opening but it includes plenty of other scenes and I feel a bit ashamed but it is a bit emotional even to me now, the somber scenes along some music which fits. The video is edited quite well so props. The song used is Parade by Garbage which is a good track and like I mentioned goes along well with the video. Funny how a youtube video can now make you nostalgic. 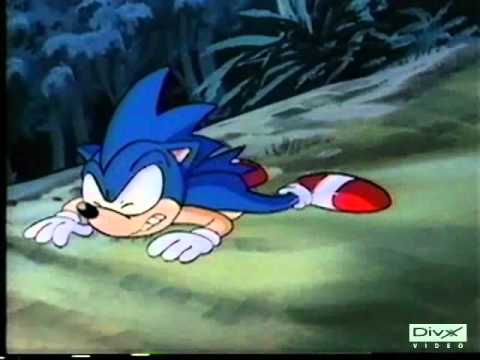