Dragalia Lost became the first original franchise for mobile gaming that Nintendo game even if it was pretty much a Cygames game, but this is a big deal and even though it hasn’t been a huge success, it’s been relatively profitable and more than most other Nintendo Mobile games. The game had a crossover with Nintendo’s Fire Emblem Heroes franchise and we even saw two crossover’s with Capcom’s Mega Man and Monster Hunter; so it’s a crossover friendly franchise; Let’s take a look at our most wanted Crossovers that we want to see in the future for Dragalia Lost which we already saw is a franchise with a lot of potential. 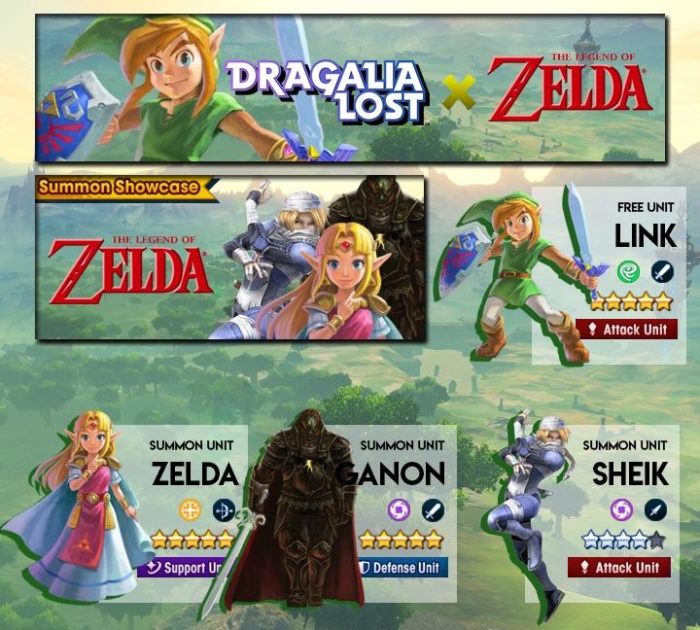 The Legend of Zelda

Let’s start with the obvious one, Zelda. It’s already set in a fantasy world with dragons, swords and magic so it fits right in. You can have Link, Zelda, Ganon and some other person and perhaps some dragon from the franchise’s history as you can see in this Harlequincow’s art. It’s a shame it hasn’t happened yet, maybe because there isn’t a mobile Zelda game yet to promote or Nintendo is more protective than Fire Emblem. Regardless, it’s the only franchise that would get plenty of people to check out Dragalia Lost so it’s a no-brainer to use it. Having Mario or Fox wouldn’t work despite already having Mega Man in the game and I just don’t see Kid Icarus happening even if that would not be a band contender. 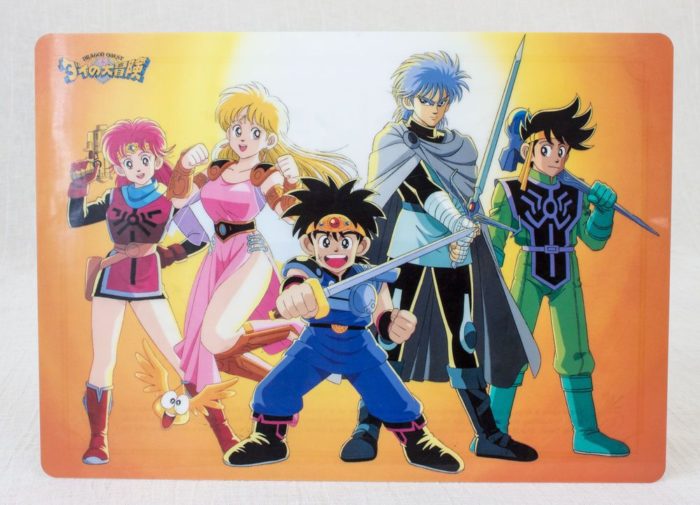 Dragon Quest should definitely be represented here, Square Enix is not the most crossover friendly company but they definitely lend their characters from time to time. In this case I don’t just mean any Dragon Quest game which is filled with a fantastic fantasy setting, but more specific Dai no daibouken 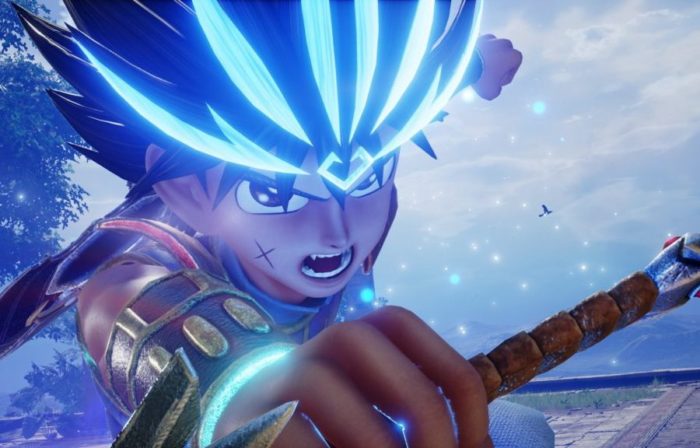 , which is a manga then later anime inspired by Dragon Quest. A new anime and game are coming out based on Dragon Quest the great adventure of Dai so a crossover would be amazing since we have plenty of characters to choose from. A Final Fantasy character or more traditional Dragon Quest Hero could work as well but in this case Fly/Dai is the best choice for roster and marketing purposes. 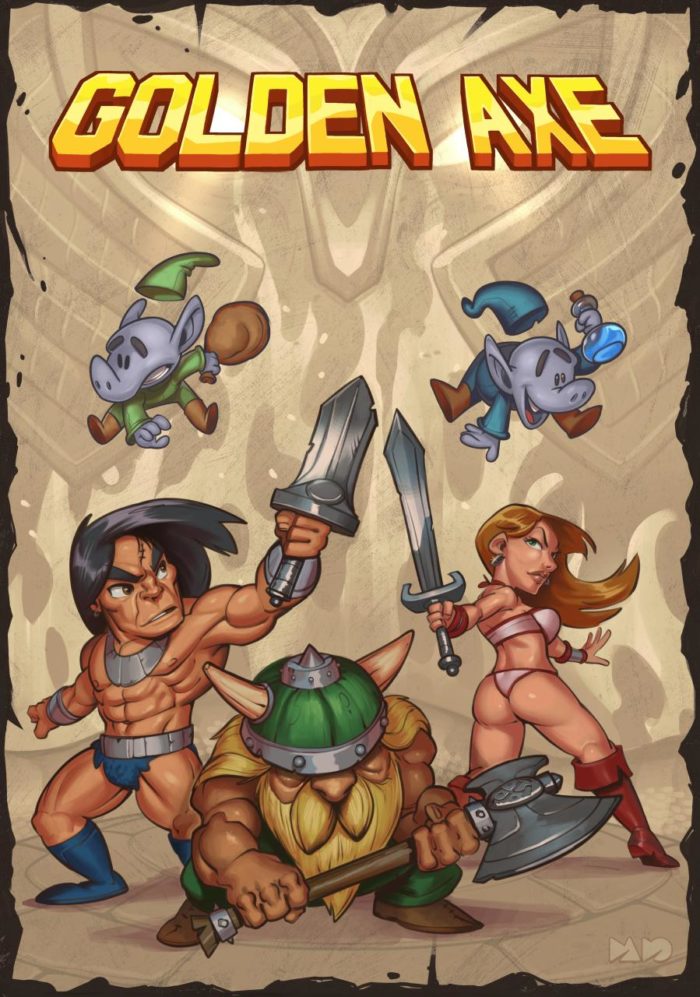 Sega loves getting in on the crossover action and in this case they do have an IP that is set in a fantasy setting with Golden Axe. You’ve got enough characters to fill the roles with cool weapons. Now likely not many people are asking for golden axe but Sega knows the strength of their legacy characters and doesn’t mind using niche weird characters for different promotional games. I don’t see Sonic the Hedgehog making it here either like Mario and despite already having a robot with megaman, Phantasy Star is a little too sci-fi even if a worthy addition. 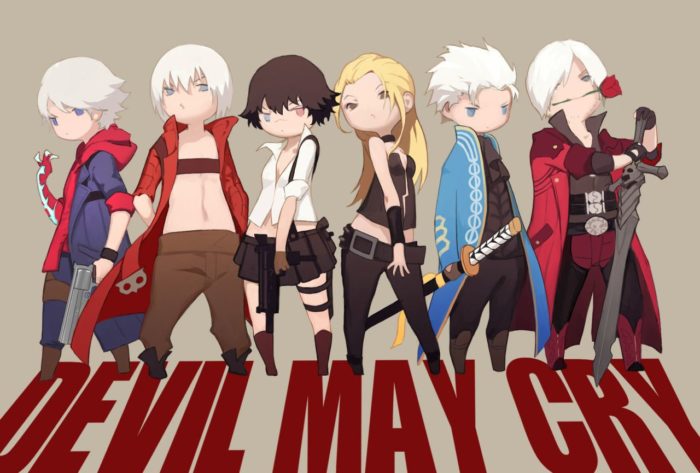 Capcom has already had two crossovers, one with Rockman and one with Monster Hunter as shown above, they do love their crossovers and they take any opportunity to have one so I don’t think a third crossover is out of the question. We already saw our favorite blue bomber so having someone like Ryu from Street Fighter would not be a surprise, I mean there is no franchise that it can’t crossover with, even Power Rangers. But I’d like a different thing, something unexpected and in this case Devil May Cry is the perfect franchise to set up, it would not meld in perfectly but that’s what makes DMC the best next crossover from Capcom. 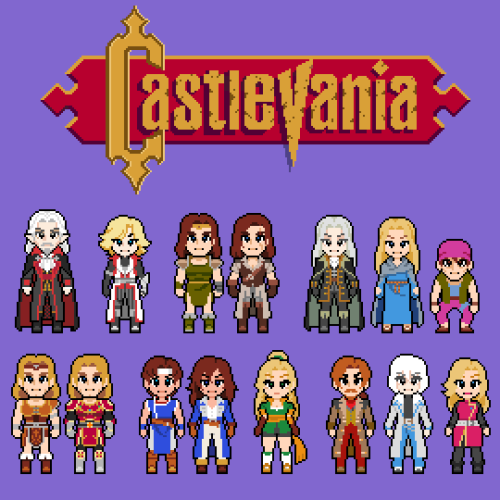 Konami isn’t as strict with its video game licenses since it kind of stopped caring but now the’re trying to show some love again to their franchises. This would be an easy way to get their characters in a game with some relevance and add a different take of characters. Hunters of evil Halloween creatures is the way to go and we have plenty of characters to use as well. Golden Sun almost beat Castlevania on this list but despite being a Nintendo franchise Golden Sun just isn’t relevant enough even if also set in a fantasy setting. On the other hand Konami is willing to take these risks of lending some of their IP.

So we have a few of our most wanted crossovers, if only two of these 5 happen I’d be more than happy, are they the most likely? Perhaps not but they are MiscRave’s list of wanted characters with some opportunity of actually happening. But seeing we’ve only had one crossover with Nintendo and two with Capcom it does seem Cygames is not limited by that at all. Dragalia Lost is a cool franchise and these are just some mobile crossover ideas.