The best thing about Saturday Morning cartoon blocks is they would always get the Voice Actors of the different shows to cut promos for the block and many great obscure moments were made because of them. For Christmas 1999 aired on December 11th they had a special called the Kids WB! Kooky Karolfest featuring all the different animated characters from their line up which included the likes of Pokemon, Batman among others. The songs were all sung by the original voice actors and these classics remain.

Dubbed the Warner Choir, between the shows they would have a short clip of these Christmas Carols they sang with changed lyrics to match the theme of the shows. All these parodies of well known Christmas songs are rather fun, sadly I couldn’t find them all but a complete list of these X-Mas songs include:

The Men in Black cast sing how they don’t want to have their memories erased and by the end of the song both Agents Kay and Jay use their Neuralyzers so Brock to forgets why he’s even there and later another about how Agent Jay isn’t allowed to drive. Terry of Batman Beyond sings about the perils he has faced. Joker does get to sing his version of Batman smells. Ash, Misty, Brock & Even Gary join in, Pokemon being a big hit since it’s 1999 had a few more songs including one with the Team Rocket Trio and a song about Ash catching caterpie which Misty hates and even a Jigglypuff song featuring the Rocket Trio: Jessie, James & Meowth and later Misty sings about psyduck; Not bad since some of these are better than the actual Pokemon Christmas album that came out a year later. The last song is by Sylvester, Meowth and Wakko Warner from Animaniacs sing a potty humor version of “We Wish You a Merry Christmas”. 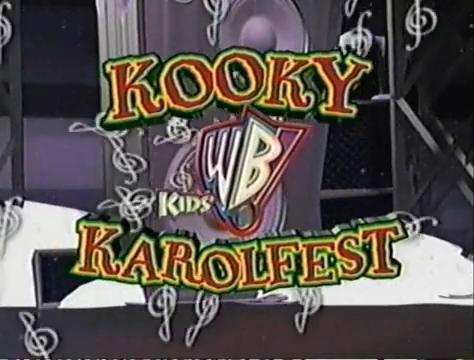 For more X-Mas tributes click here. If you enjoyed the article or have any thoughts let me know by commenting below or by tweeting at me. You can also share the article or hit me up an email with your thoughts, it’s nice to hear from other fans.