When trying to learn a language it’s important to immerse yourself in the language and this is easier said than done if you’re not living in a place where the language is spoken. But if you look for stuff that you’re doing and try to make it into secret French lessons then it’s awesome. I’m a fan of the Animal Crossing series and after playing it for a while I decided to change the language to French and here’s my results so far. 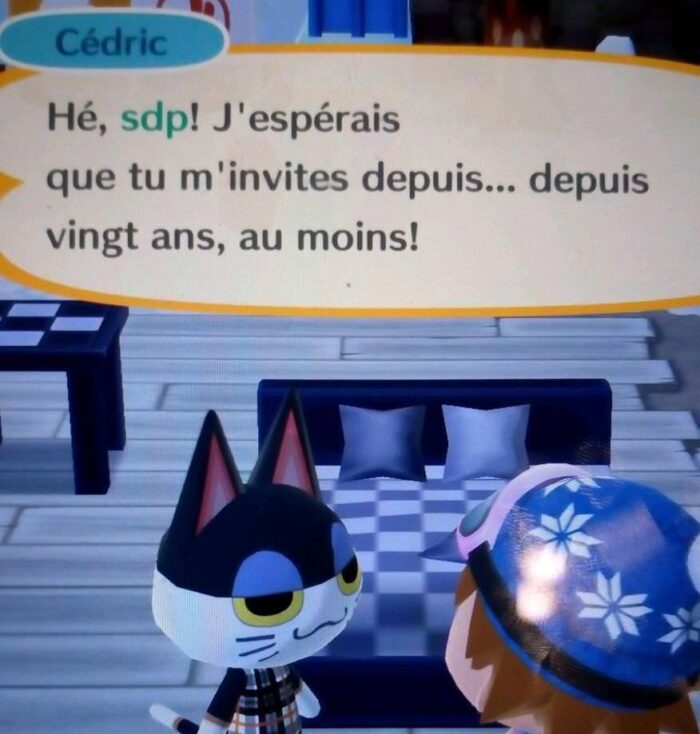 If you’re not familiar with the franchise or the mobile game then you can read the a review right here and while it’s not the best game ever in the series it’s fun enough and it ended up being a great game to practice French. You can select and change the language at anytime that you like and this is great in case you want to start it in your own language before dwelling into French or whatever you’re learning. You do have two options between France and Quebec French and I ended up choosing Quebec. 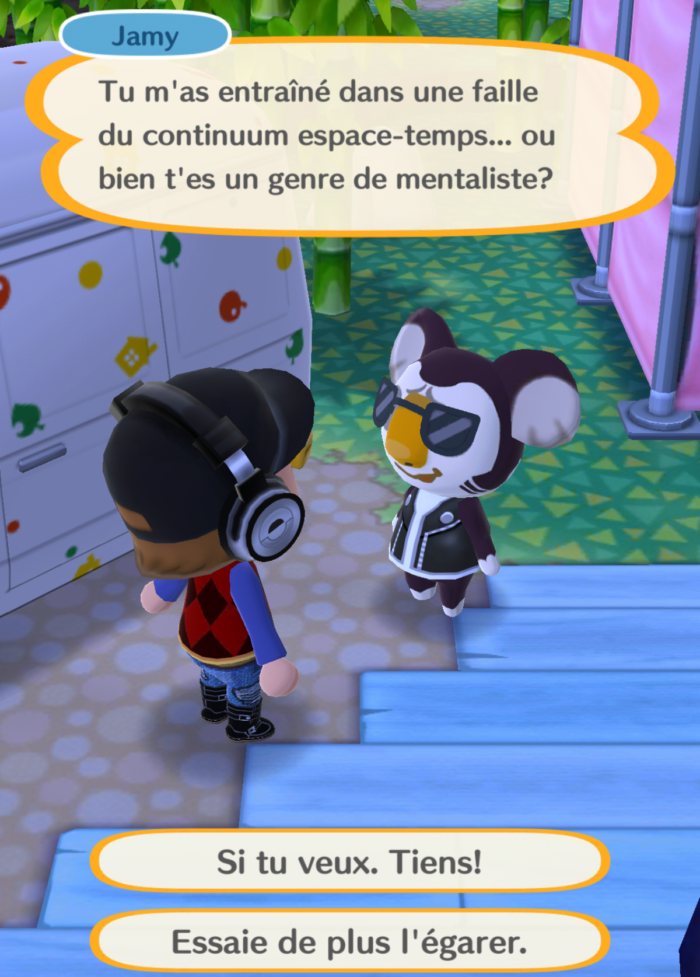 You basically become friends and do various tasks for these animals who visit your campsite so you end up having various conversations with them as well as well as getting requests. It’s not your traditional game so there own’ tbe a lot of action or anything of the like and yet it’s entertaining to do these things. What’s best is you get to learn some more day to day vocabulary that might help one day in real life as opposed to an action game. 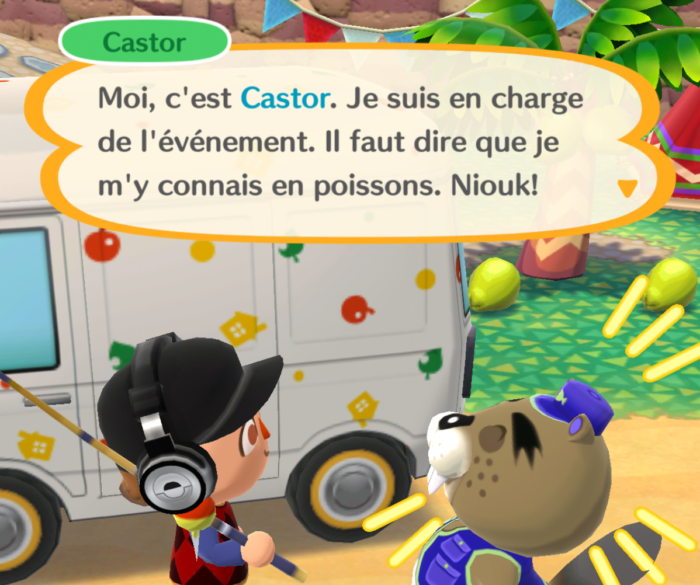 The game has a lot of vocabulary that might not be normal so it will be a bit difficult at first but once you get used to some of it, it’ll be a lot easier. The great thing about this game which is normally a negative is that it repeats dialog a lot so that means if you had to look up some words or phrases before then the next time that text is recycled you’ll be more familiar with it and so on until you know perfectly what they’re saying. So even if at one point you might have to translate almost everything since it can be hard to follow what they say at least you know you’ll be practicing those same phrases later on. 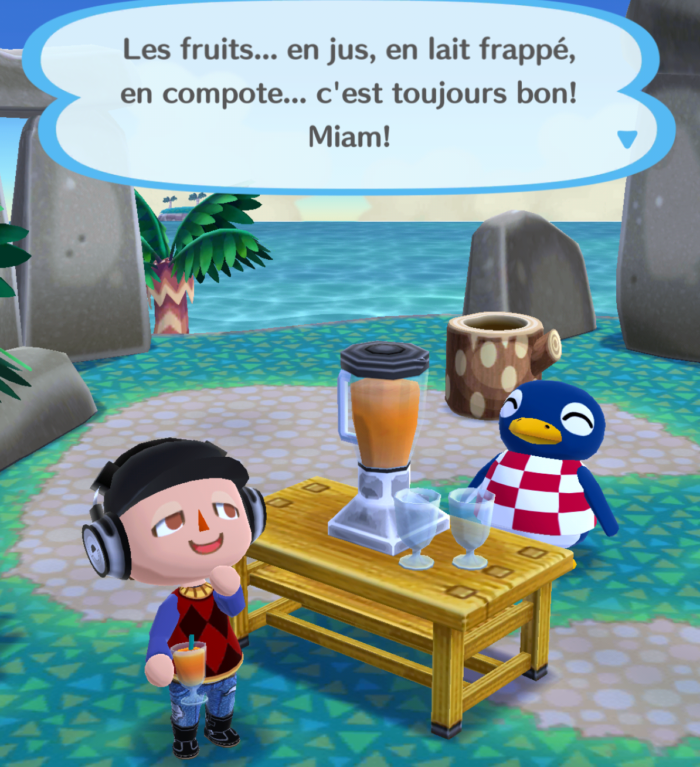 It’s worth pointing out that they use a lot of slang and sometimes not even useful slang since it’s filled with animal related puns or mannerisms that each animal friend has and that’s not something you can pick up easily nor will your translator. That’s without mentioning that you can’t even use that in real life. I would argue it’s still important to be able to pick up these things because in real life or movies you’ll be subject to similar things that might not be the normal French language you learn in a textbook. 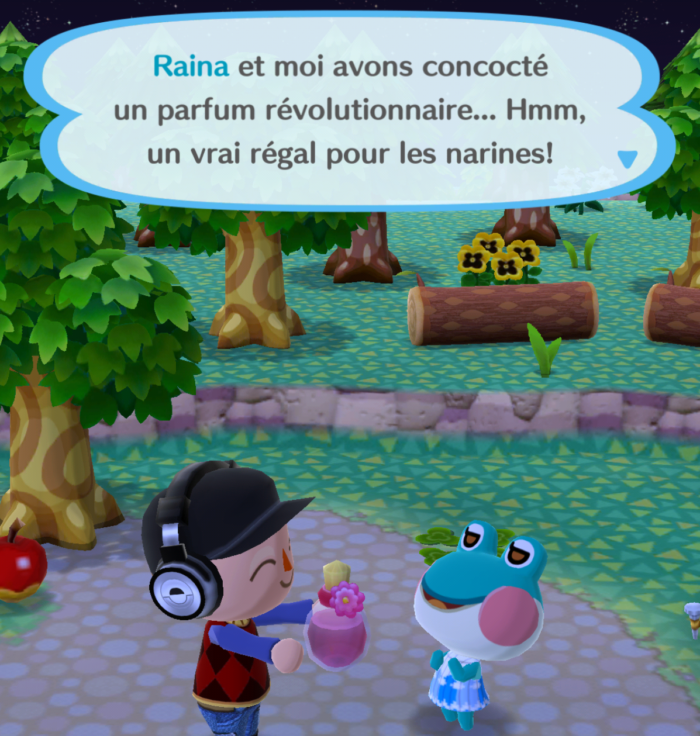 IT’s hard to tell how much I’m learning from it but I’d say my reading comprenhension has definitely gotten better as well as the game forcing me to learn new vocabulary in order to understand what’s going on. I can’t say I understand every single thing but I”m able to at the very least get the hang of what they’re telling me and boy do they like to tell stories about their random animal shenanigans. 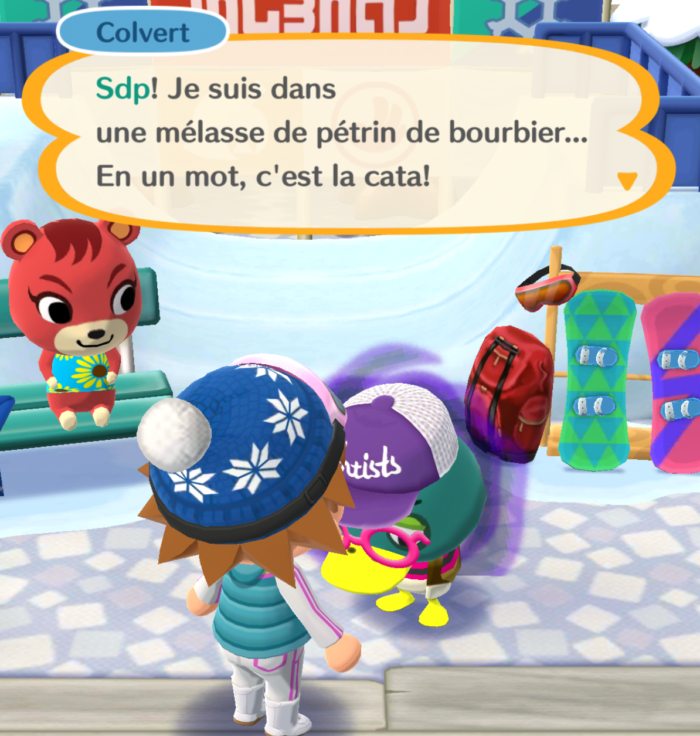 I’m not sure how useful it is to play video games in another language but I do know of someone who grew up playing video games in English and that’s how he learnt the language. I’m not a kid doing this so I doubt it’ll be as easy and I don’t play games all that much but I do think I’ll continue to play this and future Animal Crossing games in French and I’ll test out other games that might be beneficial if I play them in another language. Screenshots are from random conversations I had with the animals in my campsite which I found amusing enough to share. 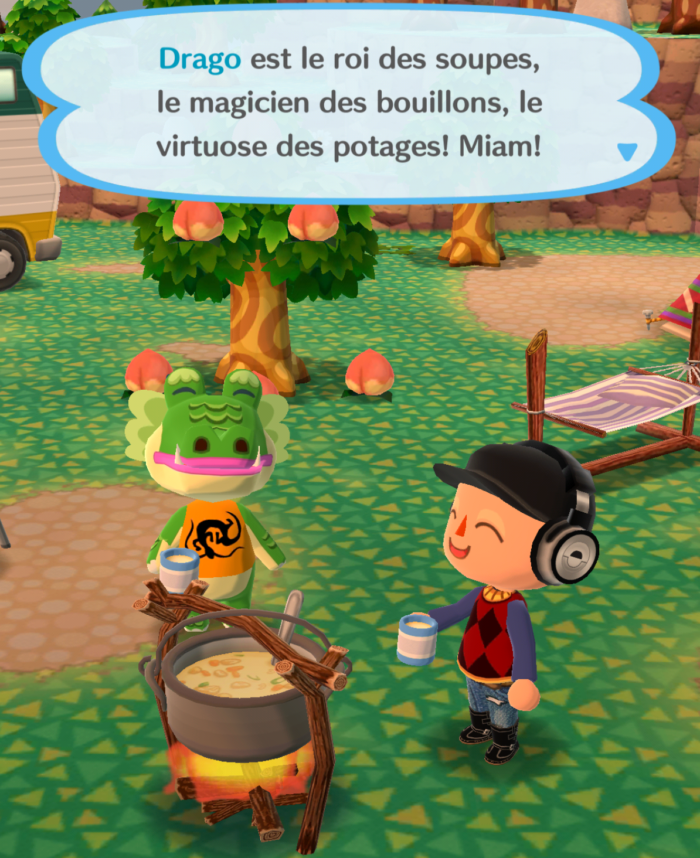 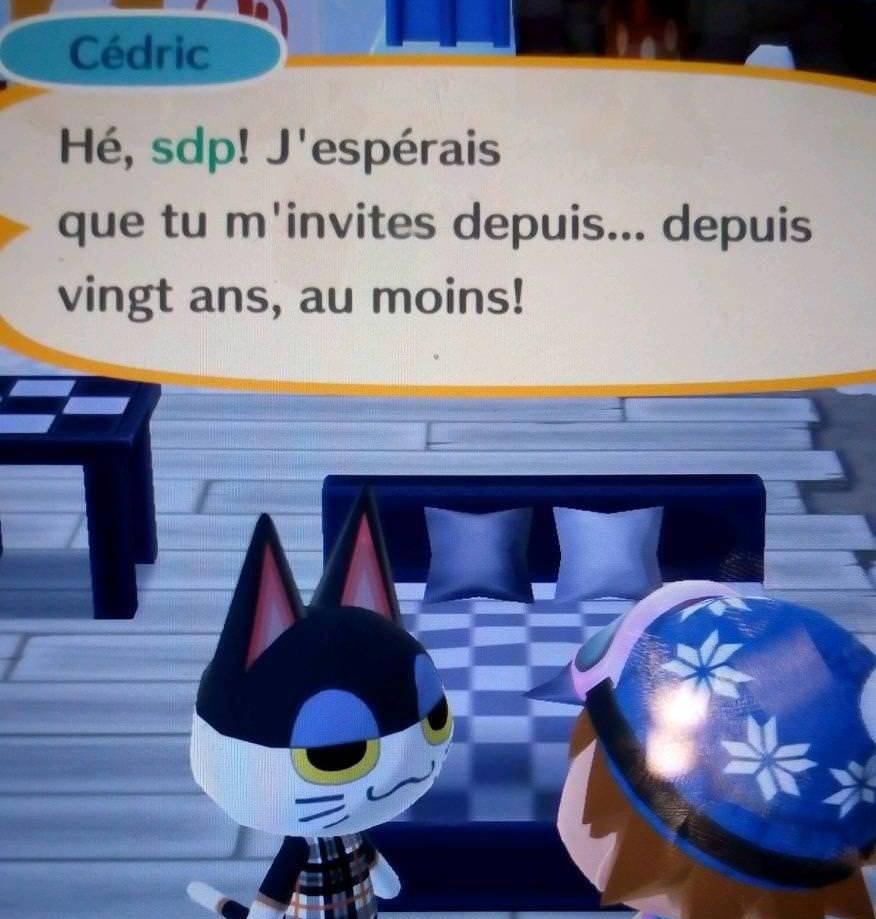 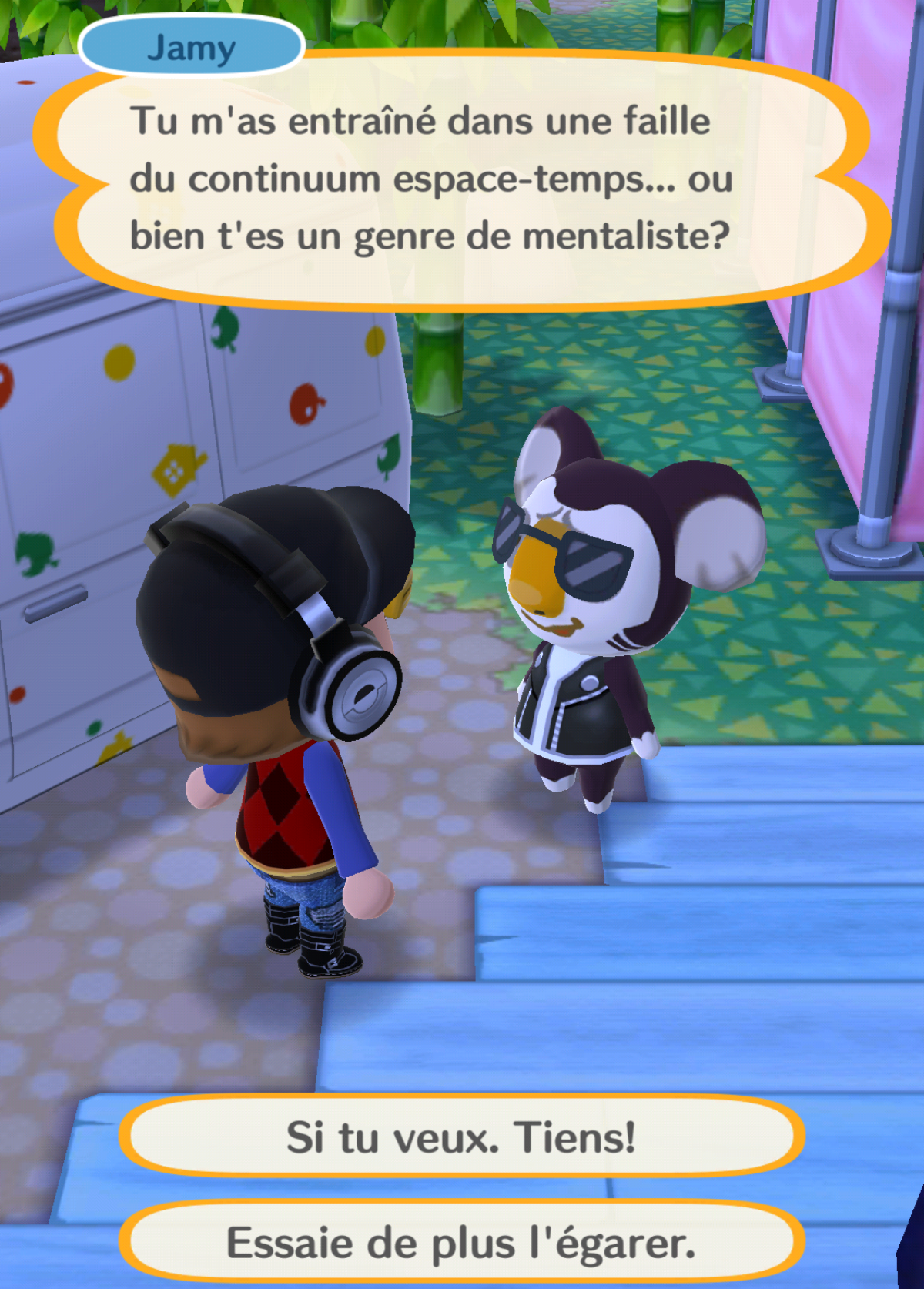 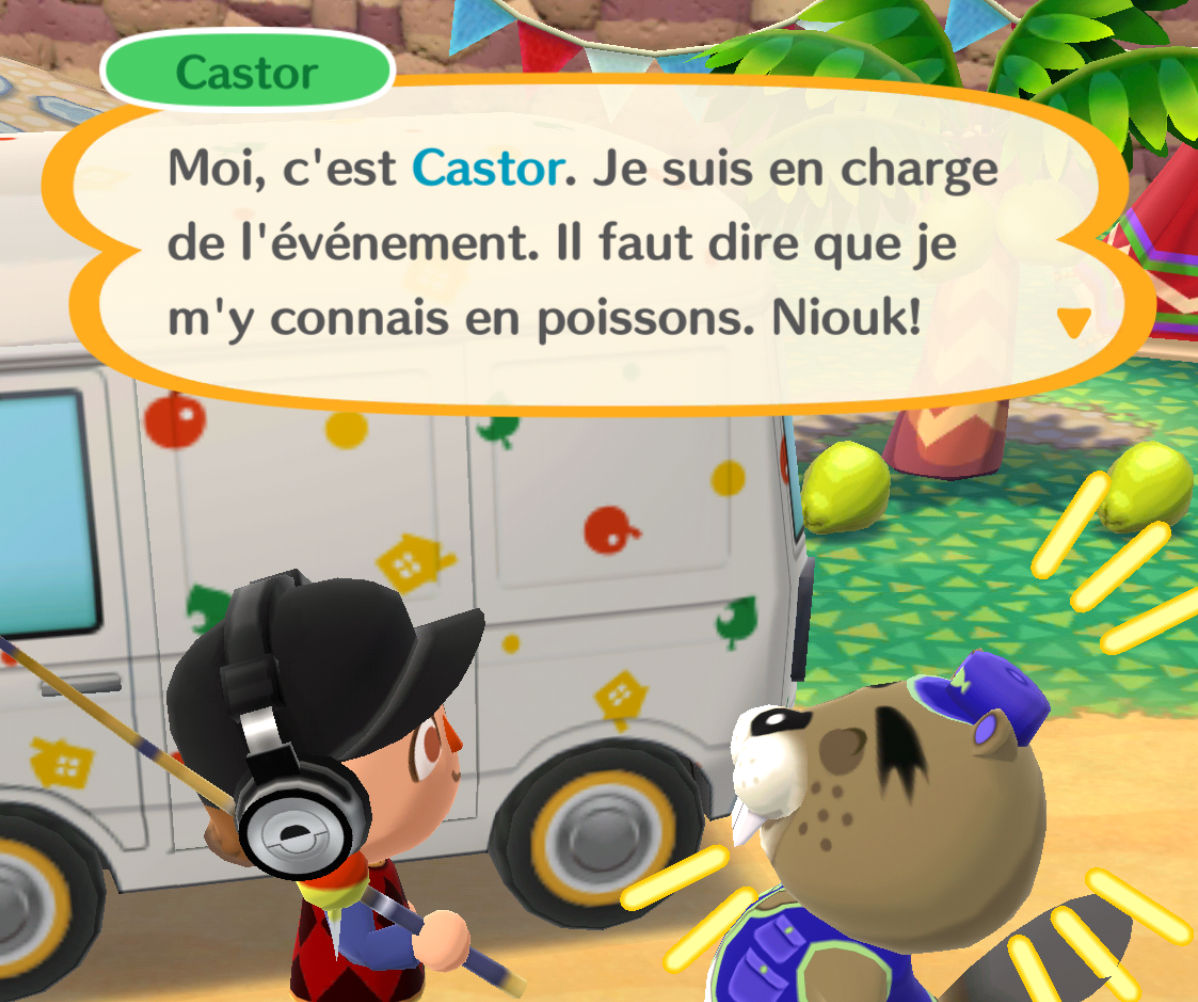 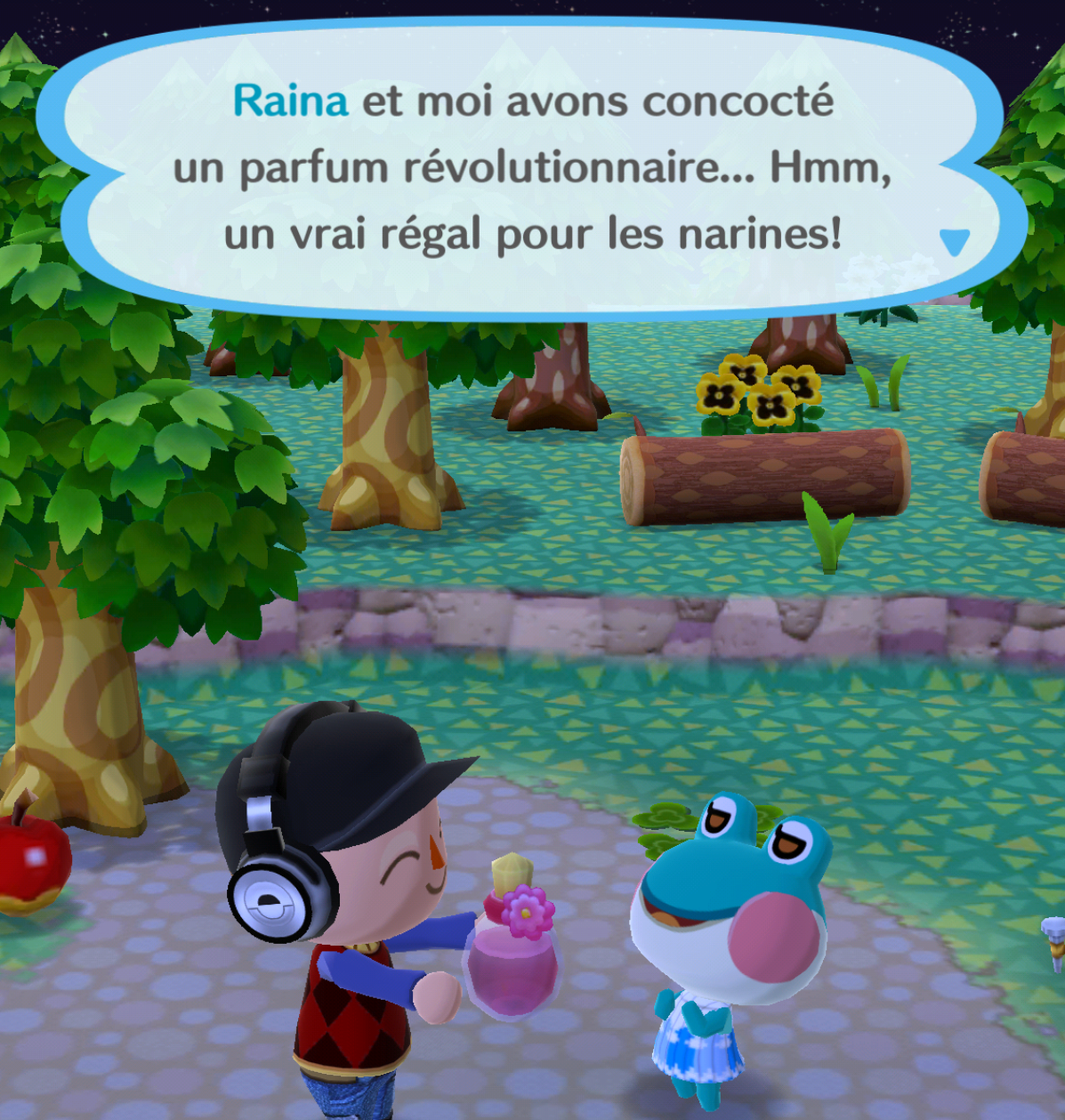 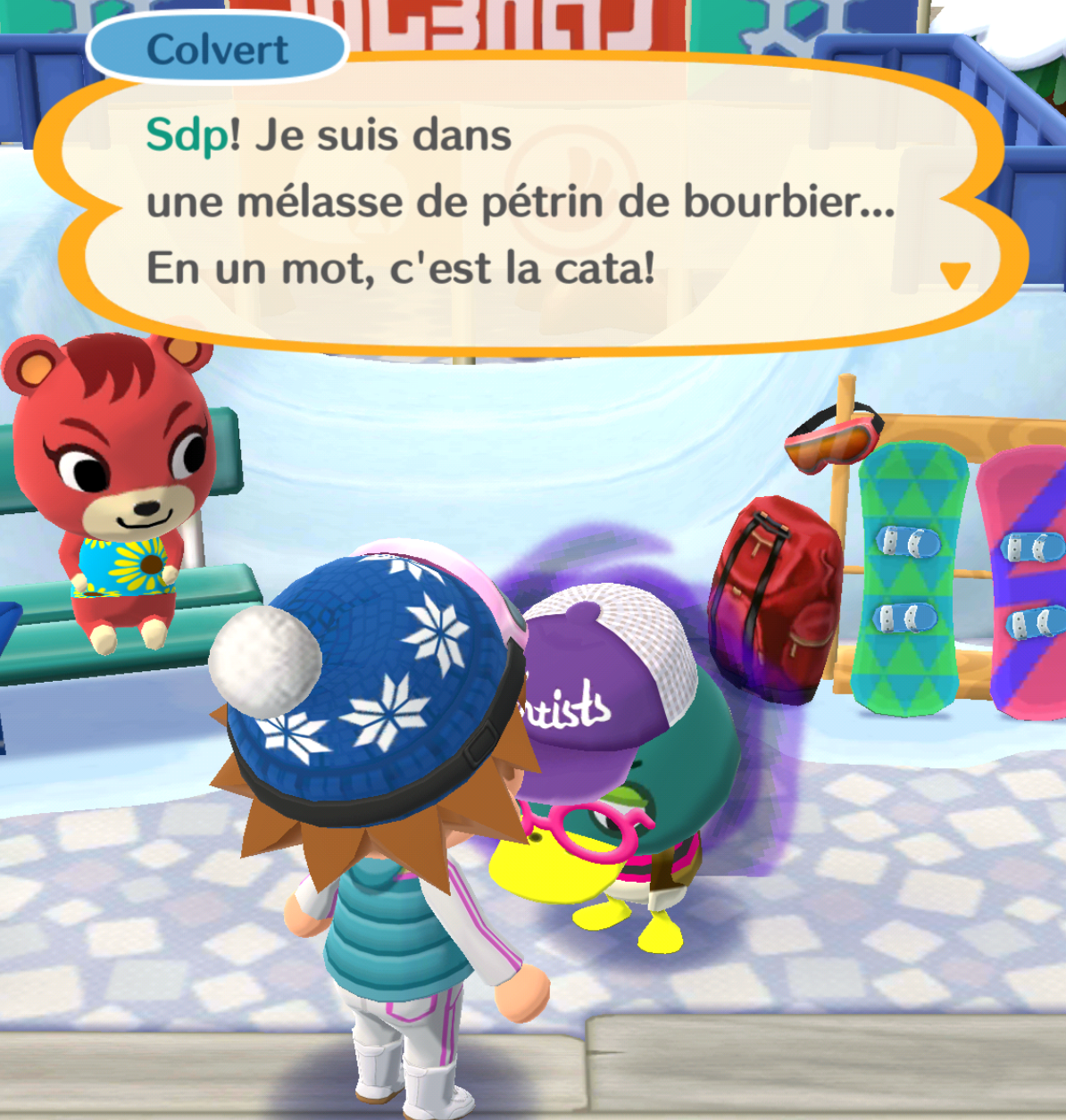 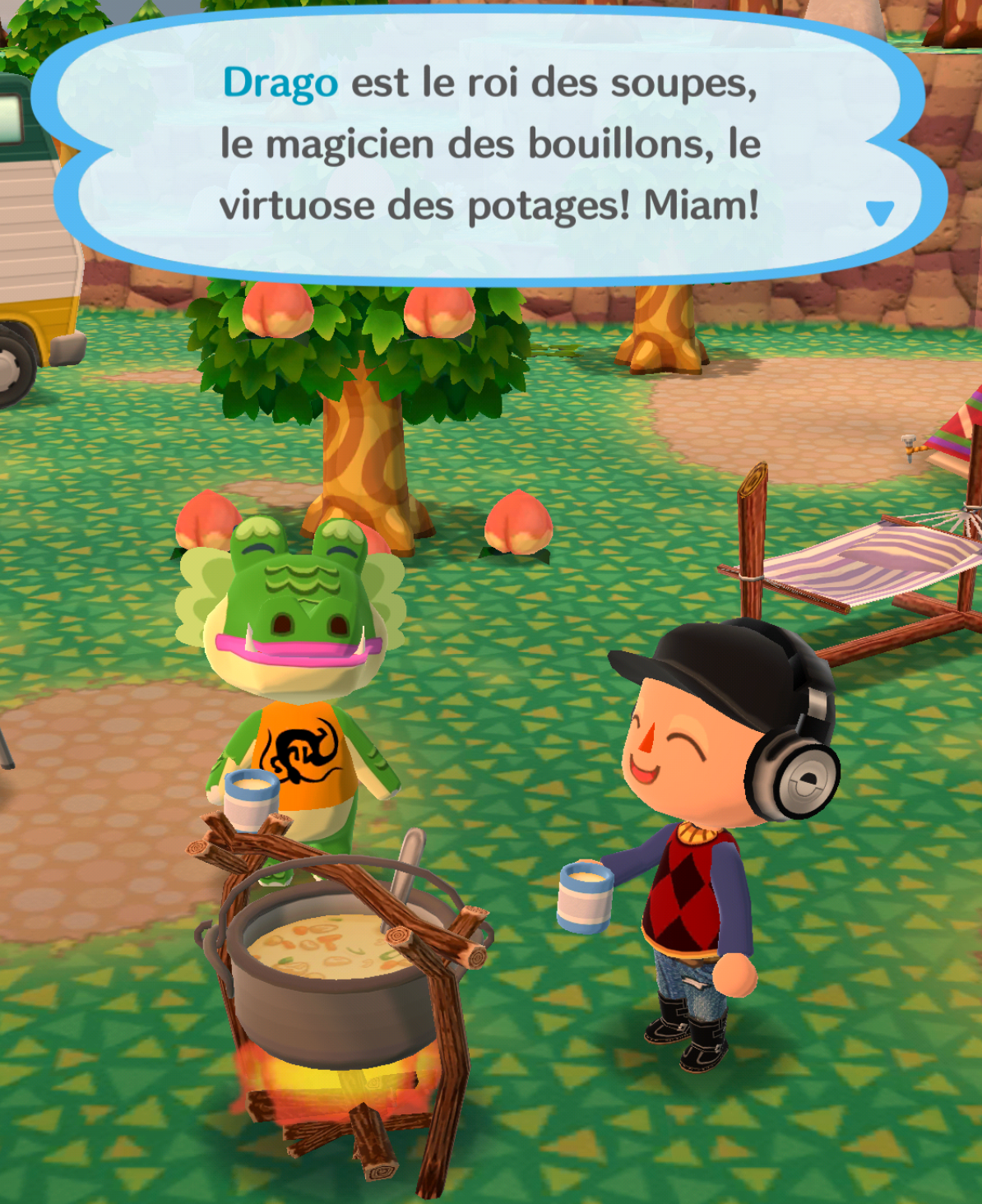 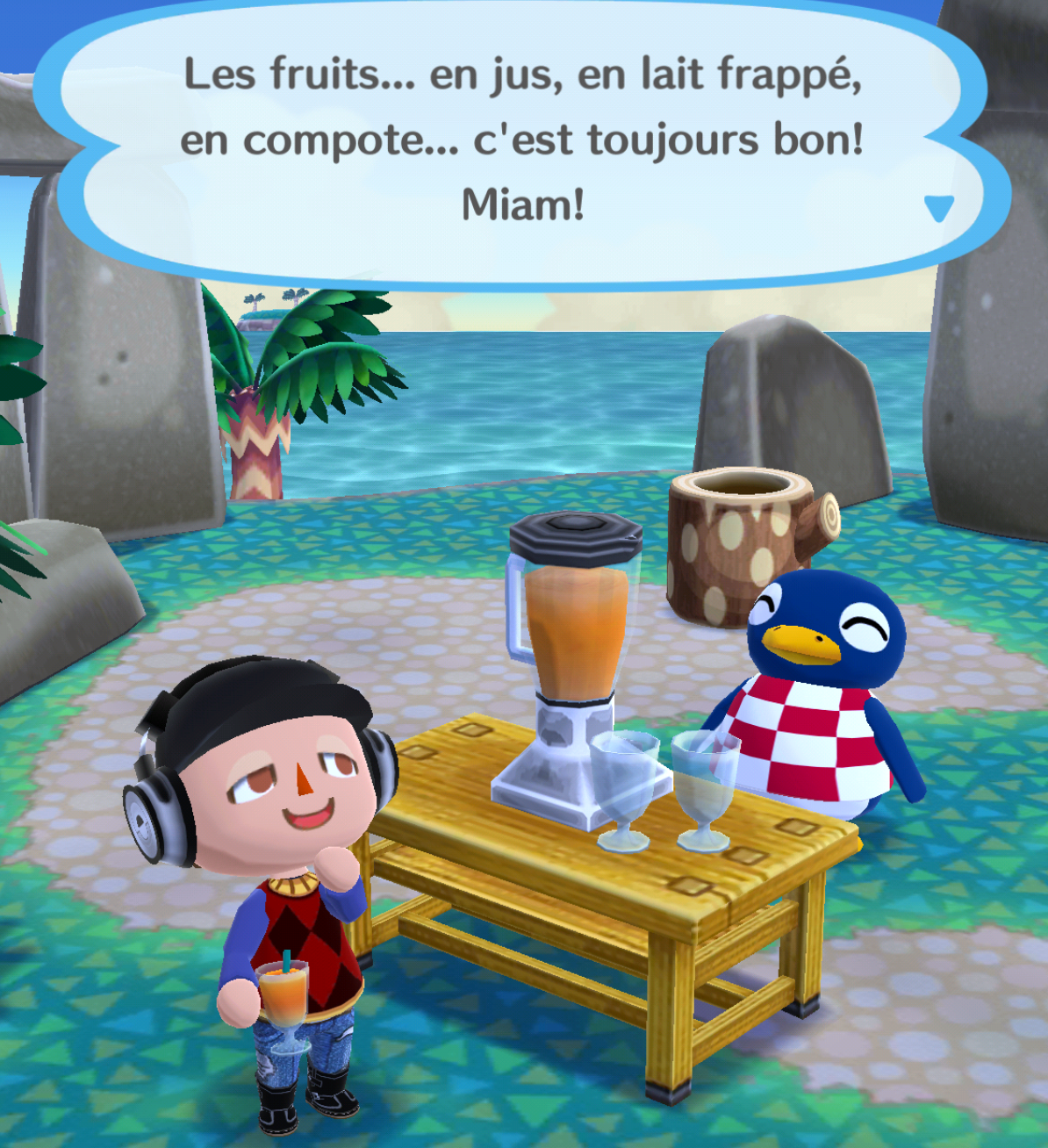