When the Goosebumps movie came out in 2015 it seemed like they really wanted to embrace the new technology of VR and we got some cool of the cool R.L. Stine’s creations in VR to tie-in with the movie. They give a little extra details on the movie universe and serve as a continuation of the movie’s continuity. So let’s take Virtual Reality look at Goosebumps in VR and the stories that they told us from the Goosebumps movie universe through this continuation. 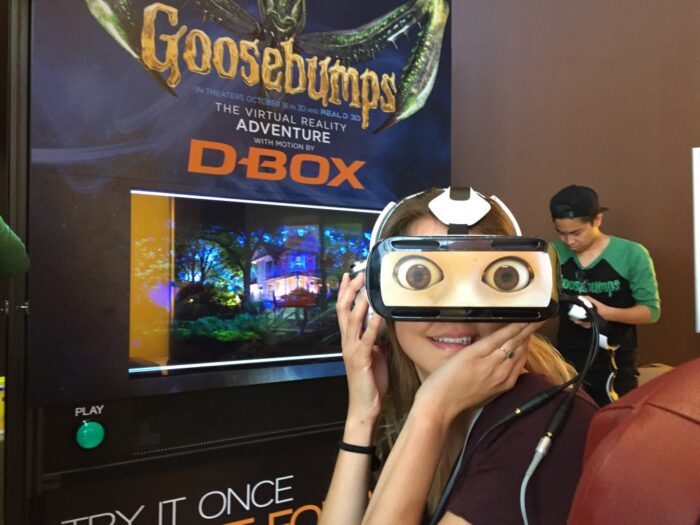 Nowadays you’d see these 3D VR 360 experiences just posted on youtube by the studios for people to enjoy like the one for King Kong. This was shown as a small tour before the movie partnering with D-Box and later was released as an app which sadly will eventually be taken down instead of living forever on youtube. Hopefully someone has made a copy so this can outlast the license holder’s apathy to keep this in the appstore. The Goosebumps VR Experience is just a short segment from the movie where you ride the care along RL Stine while the giant Praying Mantis from Shocker on Shock Street is attacking the car. Pretty decent experience especially from the time it was released which was still very early in the VR phase.

That same year we got A game Goosebumps Night of Scares released on app stores so you can use something like google cardboard but also it eventually came to the Oculus Go which the game can be downloaded on the Quest Store. It features a short story happening after the movie and for the time this was a great little game with tons of references to the Scholastic books and jump scares. The game is an early VR game but still feels decent enough and it’s worth a check out whether you are nostalgic or are a Goosebumps fan. While in continuity with the movie it doesn’t necessarily if you are just a fan you can check it out and have fun while those who enjoy the movie get another story out of this universe. 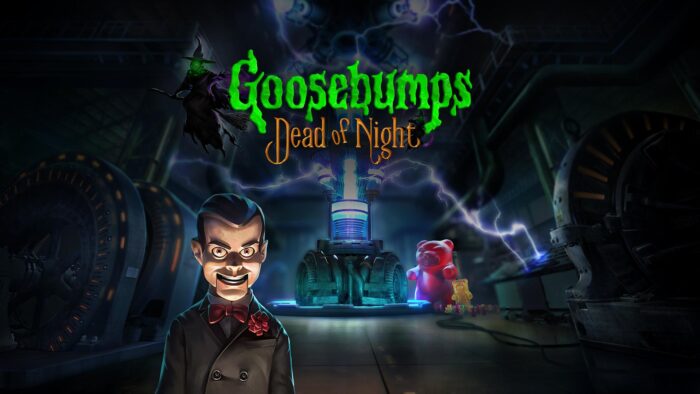 Released in 2020 we got a sequel no Night of Scares, well sort of, there seems to be some confusion regarding the plot since this game uses the previous game Night of Scares and expands on it but it now it takes place after Goosebumps 2 Haunted Halloween. The first part of the game is exactly the same as the previous one with only slight changes and the other chapters being new. I guess both events happened so it’s not a retcon if you can count that The Cuckoo Clock of Doom is a key point of the game but things get messy if we dwell too much into it. It’s no longer a VR game however it’s a sequel to the second movie and a VR version may happen if the developers get the funding. 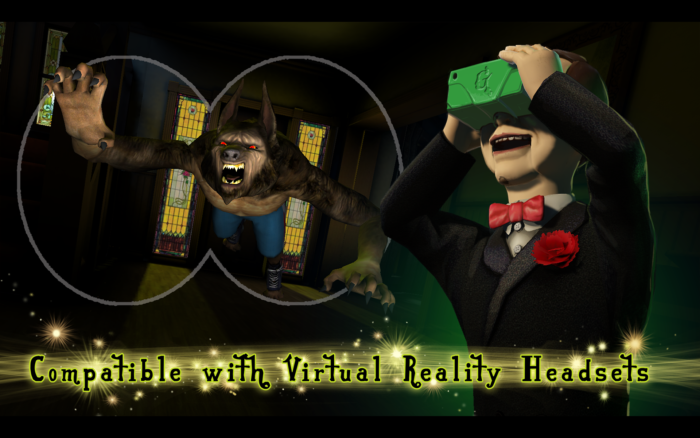 So here we got to have a little more of the expanded universe of the Goosebumps film universe through VR and video game experiences. Hopefully we get more VR Goosebumps experiences since it’s a fun innovative way for the franchise to do something different as far as other movie continuations, it appears that is it for that continuity but at least we got two solid films and that’s more than any horror franchise could ask for. Try going to WeaRVeaR for more spooky VR content.