Jurassic Park is my favorite movie, but I didn’t actually know there was a Jurassic Park movie, I was too young to be aware of stuff like that, however I did love dinosaurs and also toys. One day I was going down the action figure aisle as a kid and saw all these dinosaur themed action figures. It was my first impression of Jurassic Park, and me being a dinosaur lover I couldn’t leave the store without one of those figures and of course I chose the kid since I was a kid and he came with a baby brachiosaurus. This was of course Tim Murphy. So let’s go over the memories of the different Jurassic Park toylines the World got over the years.

It was summer 1993 and it was hot and that red Jurassic Park logo represented it very well, each figure by Kenner had one of the humans and a baby version of the dinosaur as well as a way to either capture or attack them. I had no idea who any of the humans were but that was ok, my imagination ran wild with the possibilities of catching dinosaurs with my toys. I loved the VR glasses accessory that the figure included as well as the cage to catch the dino in. This was my toy for what seemed like a long while and can’t remember what I got after or if I saw the movie first before getting any other figures. 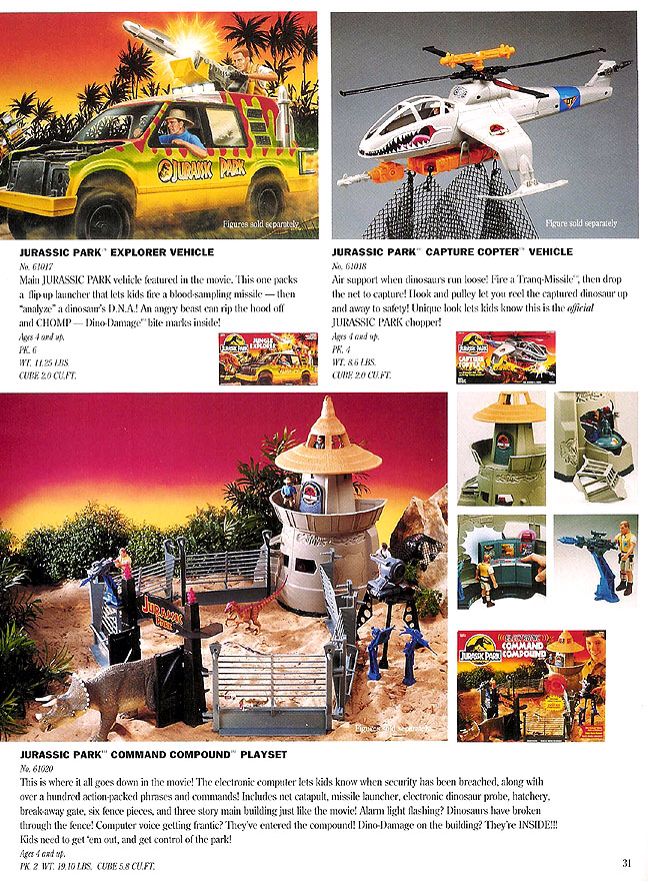 But some of my first figures on the line included the Jungle Explorer jeep since i fell in love with it as well as the electronic Dilophosaurus since I loved his frills. The velociraptor was also an early figure for me in my collection and any of the bigger dinosaurs seemed like just a dream. As months passed by I was able to grow my Jurassic Park dinosaur collection and I owned a lot of the line, buying some humans as well who I also didn’t know who they were since I was still a kid despite watching the movie I could only recognize Dr. Allan Grant by name. But I didn’t need to know the name the cards with amazing artwork that sparked the imagination were there with every package. 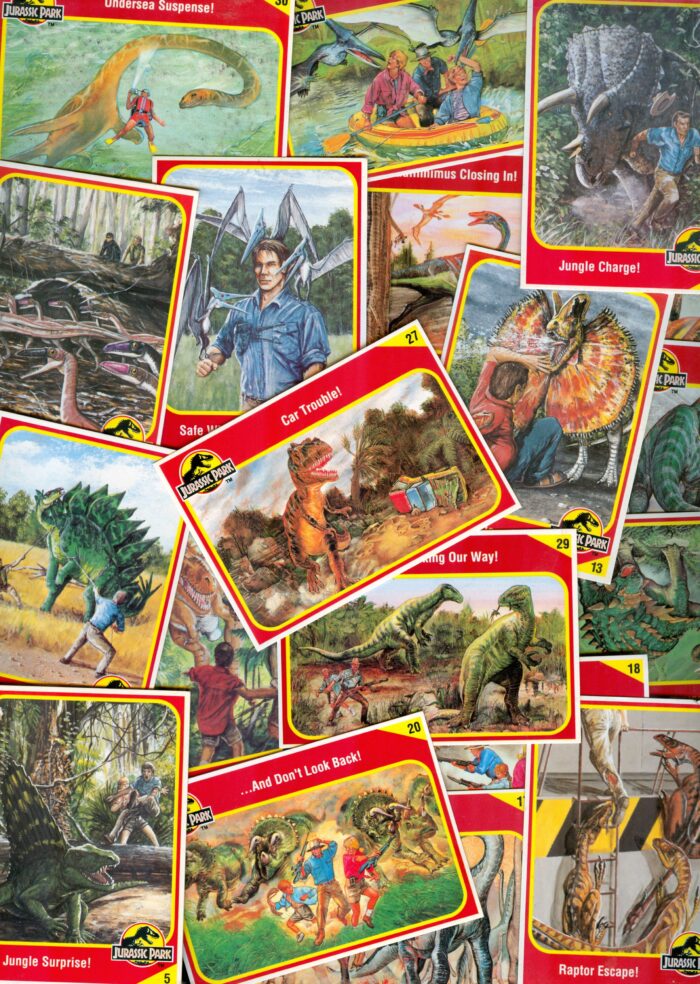 Eventually I did start getting some of the bigger dinosaurs like the Triceratops and Stegosaurus and I loved not only their battle damage but also the skin texture that they had, to me that was top of the line toy technology right there. I really wanted a Tyrannosaurus Rex for my park but at stores they only had the Jr. T-Rex and I didn’t like the color and i wanted the big one you saw in the pictures on the back of the figures. After waiting forever I gave up and decided to give in and get the Jr. T-Rex, he was still great and shortly after that I see the big Red T-Rex at stores, which I eventually got for Christmas and it never disappointed being one of my favorite toys ever. The sounds were great and it’s only a shame that the tail was bent in all the figures, wish they had found a way to fix that. 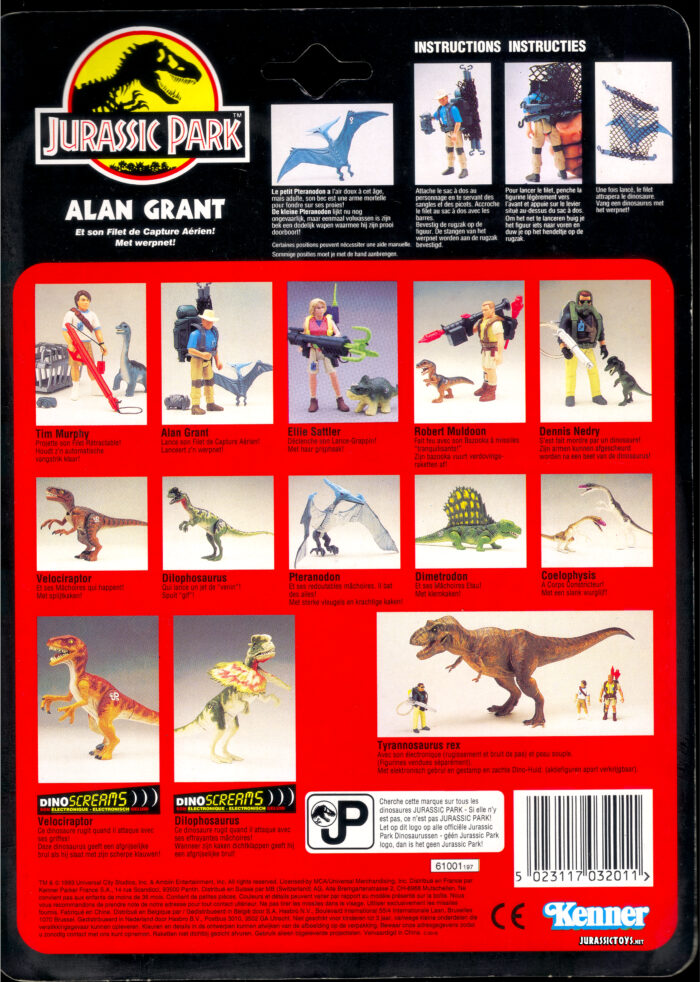 I was also able to get the Command Compound for Christmas which is literally just Jurassic Park and the best playset ever with tons of gimmicks and features that make it playable and great way to display your dinosaurs. By this point I Had most of the Action figures of the line, I was only missing a few. Eventually Series II released and I absolutely loved it, I only got the repainted humans I had not gotten from series I with their updated looks which aren’t much better looking back but did like the new baby dinosaurs they came with. I finally got a Robert Muldoon who as a kid I thought it was Allan Grant without his hat. 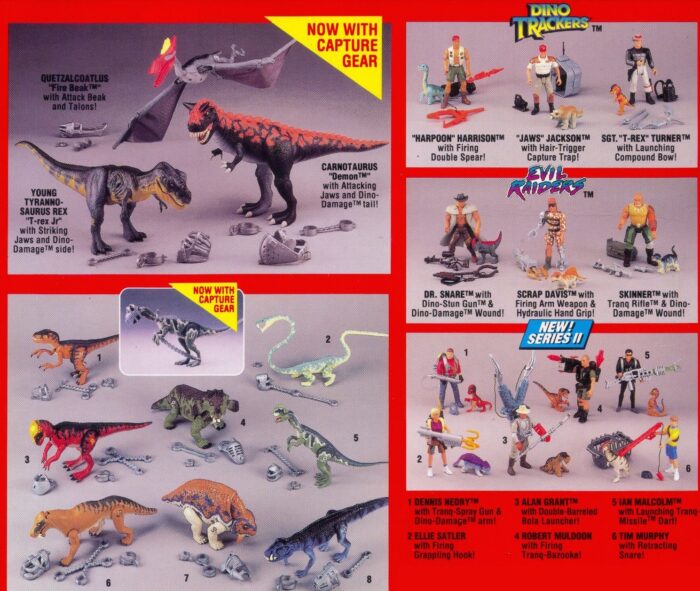 Some of the repainted dinos were alright but I only got the any of them if I didn’t have them already, and only got the new dinosaurs or prehistoric creatures they were making. With that said the best part about Series II is that in a way it was a sequel to the original Jurassic Park movie telling us of the evil Dino Trackers and Evil raiders, those were the best human sculpts and best gimmicks that they had with dino damage, loved it. I really wanted that Carnotaurus but sadly I never saw it in stores so I missed out on it. 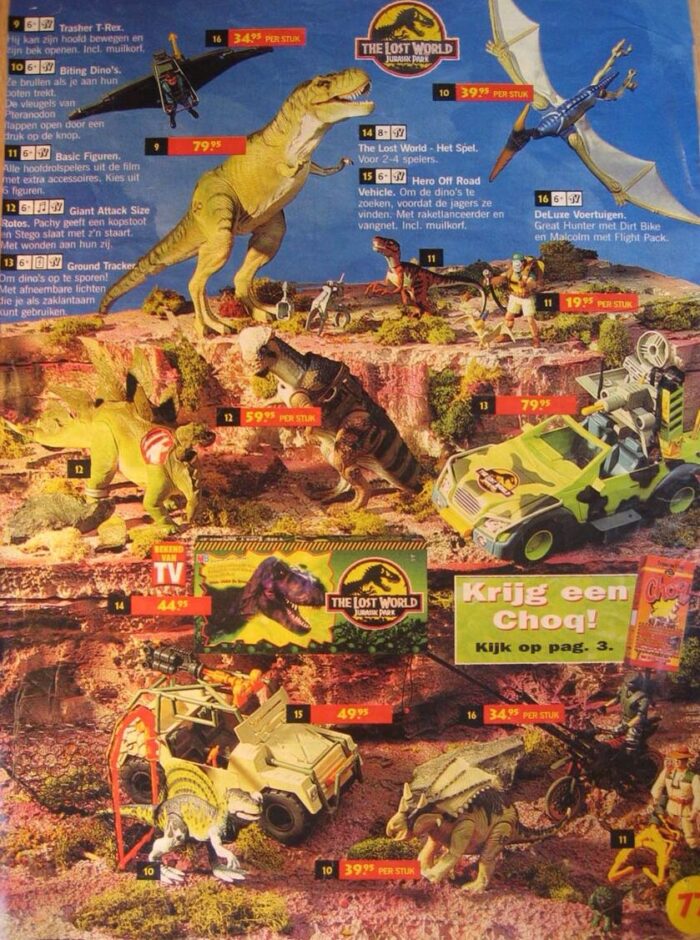 The Lost World Jurassic Park toyline by kenner released I was super excited, the green motif was amazing to see at the stores and seeing all these dinosaurs and characters I didn’t know about only hyped me up more for the movie. I knew immediately I wanted that Bull T-Rex with the human eating gimmick. At the time The Lost World toys were now competing with my money/presents with Nintendo 64 games so I didn’t get many, there were some I really wanted like the lab or the trailer vehicle but they got beat by Clay Fighters, oh no. Series II was not that much interesting like the original series II, just more of the same and no imagination.

The fact that The Lost World Jurassic Park wasn’t as great as I hoped and I still had a huge collection of the first two series I could play away any The Lost World sequel scenarios with my toys just fine. When Chaos Effect came out, I was even more distanced from toys but it was still really cool to see the dinosaurs in all these weird colors, well I thought it was stupid but I was still attracted to them, now I think it was the greatest decision ever for the line, it added something new and interesting. I really wanted that Ultimasaurus but it never released so I never got it. 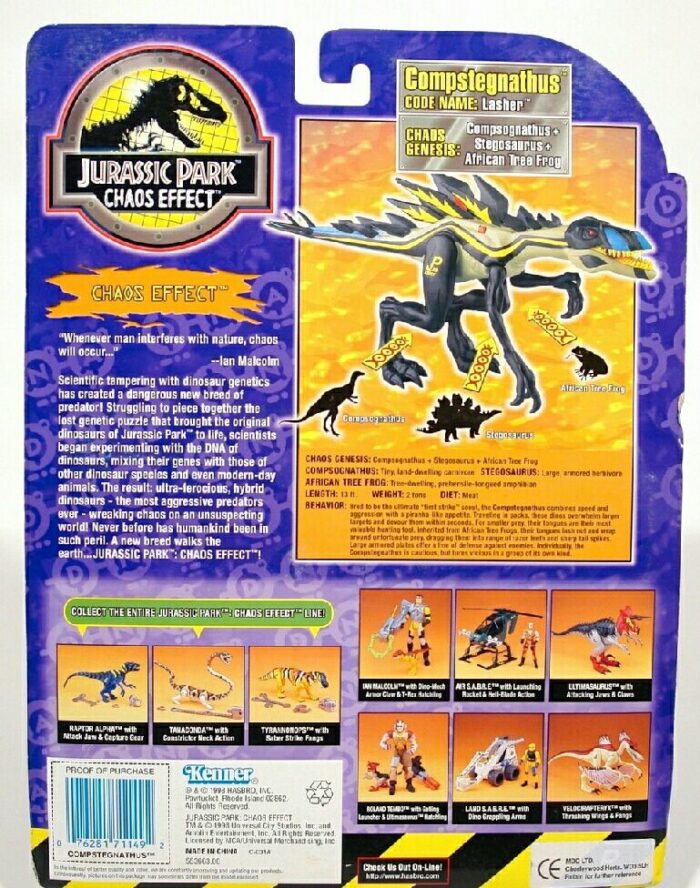 Finally by the time Jurassic Park 3 came out, Hasbro had bought Kenner and much of their magic went away, the figures were a different scale and none of the dinosaurs were as interesting. I was also now a teenager and didn’t care about toys, but did think to buy a Spinosaurus just to represent it but I never did. The Camoextreme line had some cool colors but nothing as awesome as chaos effect and eventually a new line called Jurassic Park Dinosaurs where they just put out old sculpts with new packaging for Kaybee Toys which if I had seen I likely would’ve bought. We didn’t get any new toys until 2009 when they released some rather cool figures but they were a limited run and were mostly repaints though the new molds showed tons of potential. 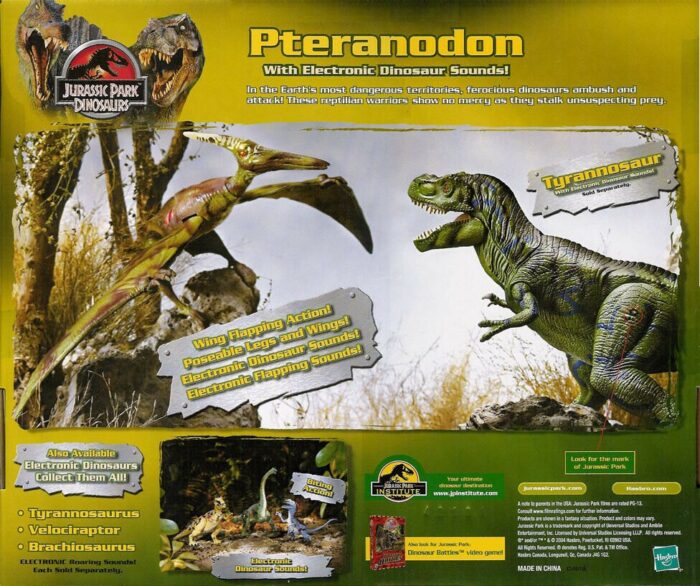 This was just a little tribute of Kenner’s Jurassic Park line and what it was to have them as a kid. Dinosaurs destroyed the compund center so many times, carnage chaos, it was amazing and no one can take those memoires away. 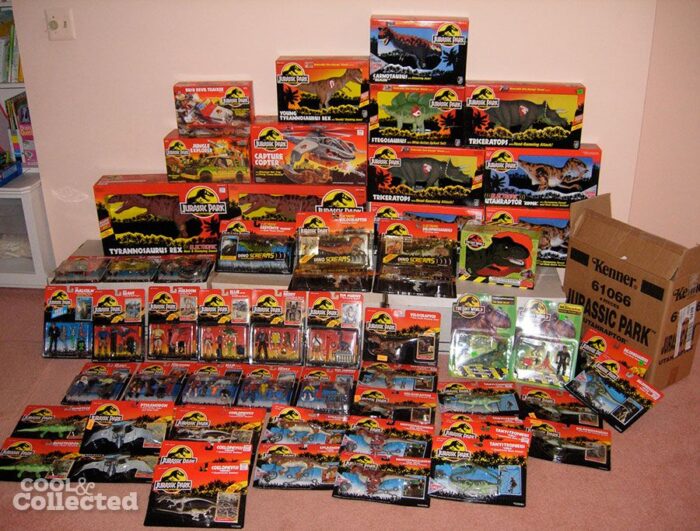