The Matrix came out and slowly went from being a small movie to a huge hit, in fact it was the top selling DVD for a long time when DVD was brand new. It almost felt like it was the killer app of DVDs. The Matrix was as hot as it could be in the early 2000s influencing pretty much most action movies at the time. The sequels Reloaded and Revolutions came out and while the hype for them was huge, the franchise died shortly after the movies came out. Here is a quick rundown if the sequels were as bad as they seem and if the original was as good as it seemed. We’ll add ressurections too even if it is not part of the trilogy. 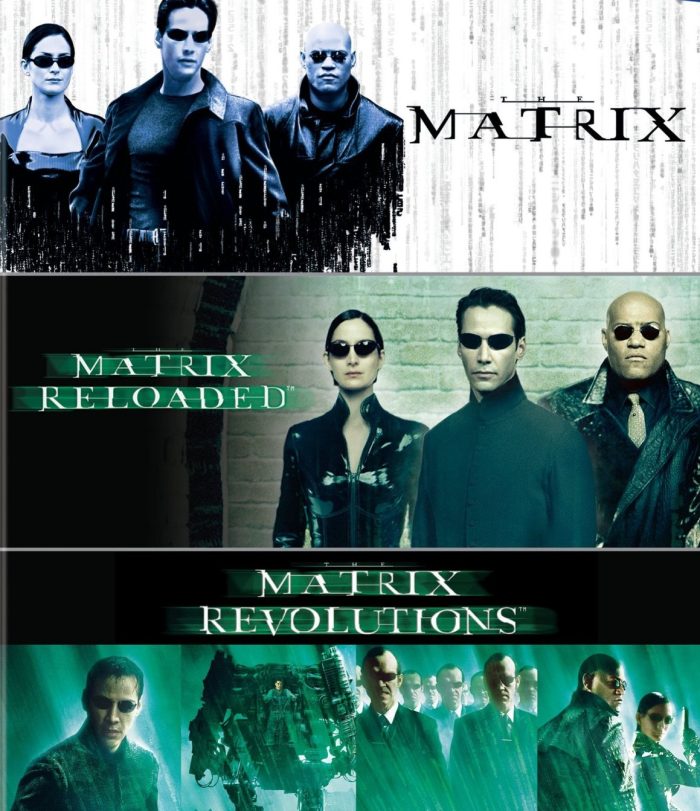 The movie deserves all the praise it gets even after all these years, we get a great introduction to the world alongside some great music. The whole hacker cyberpunk goth atmosphere really gives it a fresh vibe. The movie basically made technology cool. Now that we know a bit more of the Matrix world somethings in this movie don’t make sense with what we know but not an issue with the film. You might find inconsistencies with the rules and plotholes, but you know what, it doesn’t matter since it’s such a cool concept. 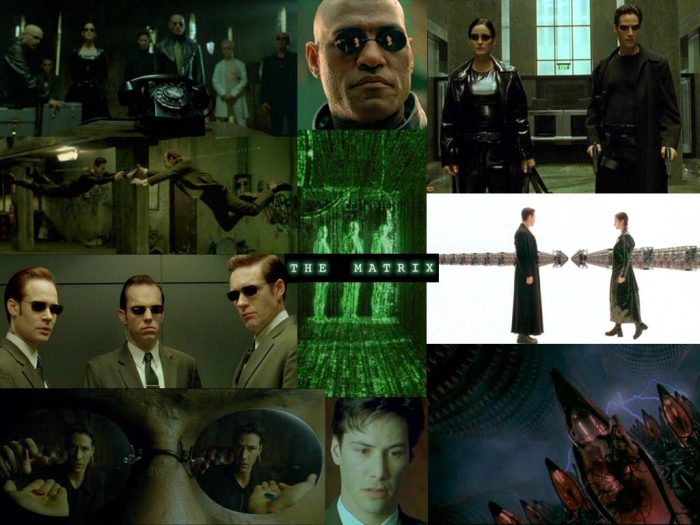 The pacing is great as well as the atmosphere and it does include some world building like with the “potentials”, even if the majority is left unused. Most of the stuff in the movie is generally great from the characters to the action. The ending is classic and feels definite that didn’t need a sequel since it feels open ended when Neo is basically Dr. Manhattan. Even to this day it’s an amazing moie.

The movie feels a bit odd at the start since you are getting a lot of background over what’s happened and how the world has changed. A lot of that you got either from the Animatrix or Enter the Matrix for example which isn’t 100% clear at first. They shove the kid from the animatrix in it with little to no use, a lot of new characters we meet for the first time which slows down the movie. There are a lot of changes and in many was it doesn’t feel like the matrix word and characters we knew. The action doesn’t feel as iconic but it is still great, I’d say the same for the music in the matrix reloaded. 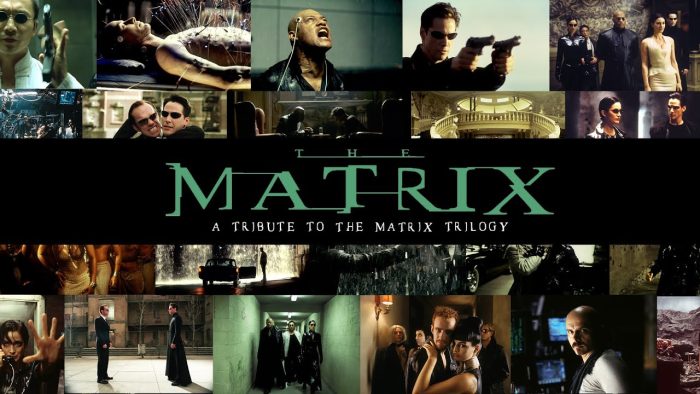 I absolutely love many of the world building the movie does and the new program characters we meet up, it’s the best aspect of the movie. It makes the world feel alive and full of possibilities, while the real world plot isn’t as interesting and it’s mostly misses. Some stuff is just bad like Neo using his powers outside the Matrix or Smith transferring his consciousness to a real person. The film leaves a lot of questions and aspects that you want to know more of, nothing makes it stand out by itself but it leaves enough stuff built up that it could lead to something good. Overall it’s a weak movie with enough cool ideas that can be enjoyed. 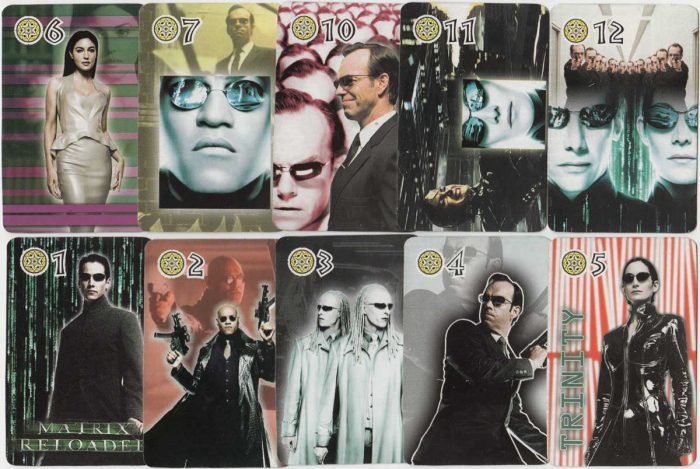 Here is where Revolutions messes up, event hough it was filmed at the same time it feels like an entirely different movie in tone. There is too much Zion and real world in it which is never a very compelling plot point. All the best parts are the ones that take place in The Matrix. Sure they give the kid a larger role but we don’t care. At the very least it does pull the plot towards the end in a way that makes sense so it isn’t out of the left field, just not very interesting. 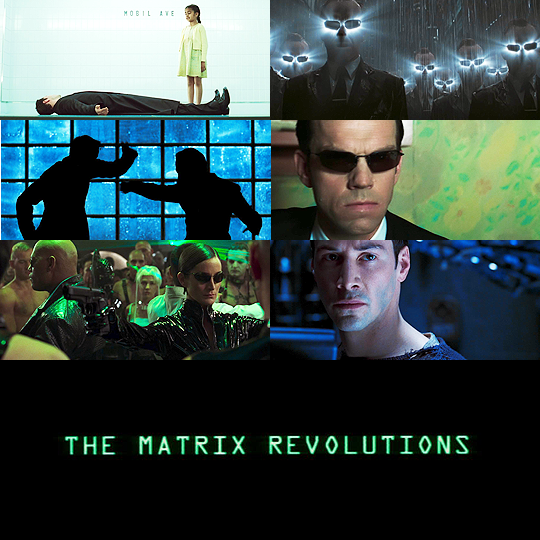 The action of the war in the real world is good but it still feels disappointing since it’s not what we want to see from the Matrix, it almost feels like a different sci-fi movie. The movie still has good moments her and there but overall it was not enough to make it a compelling film and doesn’t give the payback that reloaded needed. The ending isn’t quite clear and not sure if it works as an open ended ending but I guess it gives an ending even if unsatisfying.

It’s clear why the franchise died, none of the interesting world building aspects of the Matrix were utilized correctly and the war between machines and humans wasn’t as fun as we would’ve liked. It’s not a bad trilogy but only the first movie can be considered a classic, the sequels are a disappointment despite having cool tidbits. I do think there’s enough in the franchise for it to be salvaged and for tons of amazing stories to come out of this world so I wouldn’t say the sequels kill it, in fact they bring tons of new ideas that I would love to see explored.

After many years we get a Matrix 4 and Neo returns, feels like it is not needed but the movie overall is great. It gives us a satisfying reason as to why The Matrix world continues, furthers the story while not erasing the past movies. It does the homages to the first movie very well and finally we have a reason to believe the love story between Trinity and Neo. The ending is a better one than Revolutions, it feels definite if no other movie comes out since it’s fairly similar to the first movies ending while leaving things open ended.

The meta stuff works out in the end which I feared it wouldn’t, it is the best sequel without a doubt. We actually have a human city that is interesting and an interesting world to continue if it is eventually done.