Tammy & the T-Rex vs Theodore Rex

Making a movie with dinosaurs and humans in the modern world is not something that is too easy to achieve, and today we’ll take a look at two different takes with Tammy and the T-Rex from 1994 and Theodore Rex from 1995. Both movies are either thought of as bad or just forgotten so it’s out time to take a look back and see if there’s anything we can rescue from them. 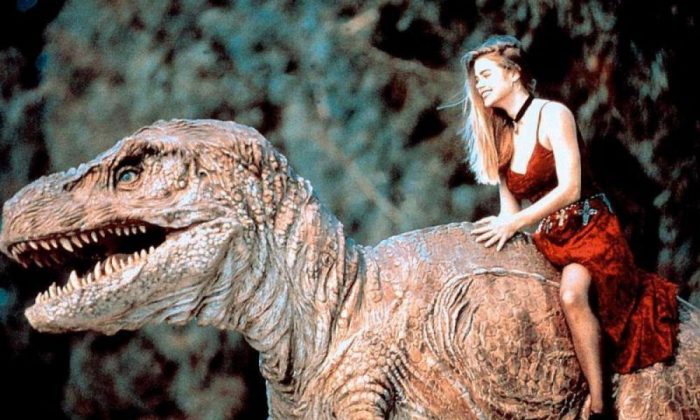 Tammy and the T-Rex is what you get when you mix Dinosaurs with Frankenstein and the Toxic Avengers in a sci-fi romantic comedy of sorts. Released in 1994 we have Denise Richards as Tammy and when her boyfriend Michael is basically left to die after a confrontation with thugs a mad scientist puts his body in an animatronic T-Rex. The movie doesn’t know what it wants to be, it’s too tame to be a sex comedy, not funny or entertaining enough for kids, and there isn’t enough dinosaur action to give dino fans something to watch.

The Tyranossaurus Animatronic is pretty good, and as wacky as the plot is it could’ve actually worked extremely well as a cheesy tongue in cheek revenge movie. The movie in general just needed better action, more fan service, more over the top acting to make it work. The premise had a lot of potential and it’s a shame that this couldn’t have been a bigger cult classic since it only needed a little more effort here and there to make it work. 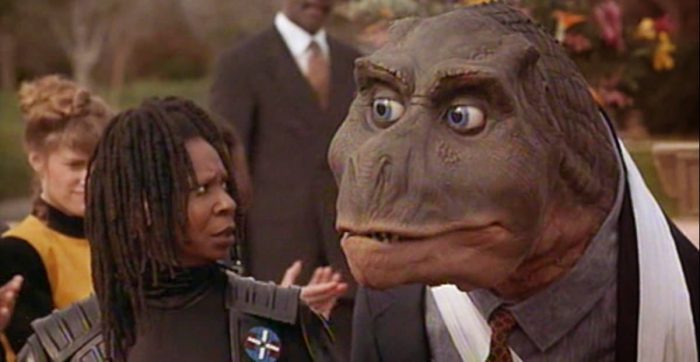 Now we have a buddy cop sci-fi movie with a Henson’s Dinosaur costume and Whoopi Goldberg as Katie Coltrane in a future alternate world where anthropomorphic dinosaurs co-exist with humans. A movie so bad that everyone criticized it and was released as a direct to video film instead of releasing in theaters like originally planned. I watched it though and it’s not that bad, in fact I kind of wanted to like it so it obviously has some redeeming features. Overall I can’t defend the movie much, it’s rather boring since the humor doesn’t quite hit, it has this mix of kid movie and adult setting with the mystery.

So yes, this movie was a let down because of the script but the bizarre world they build is absolutely insane and could’ve been a cult classic with a few jokes that landed and a more concise plot. It’s just a weird mash up that reminds me of something like Ted, where it shouldn’t work but with a little charm it does end up working. The dinosaur suit for Teddy Rex is pretty good even if not Henson level and overall the movie deserves to be seen as more than just a bad dinosaur movie, believe me there are more. 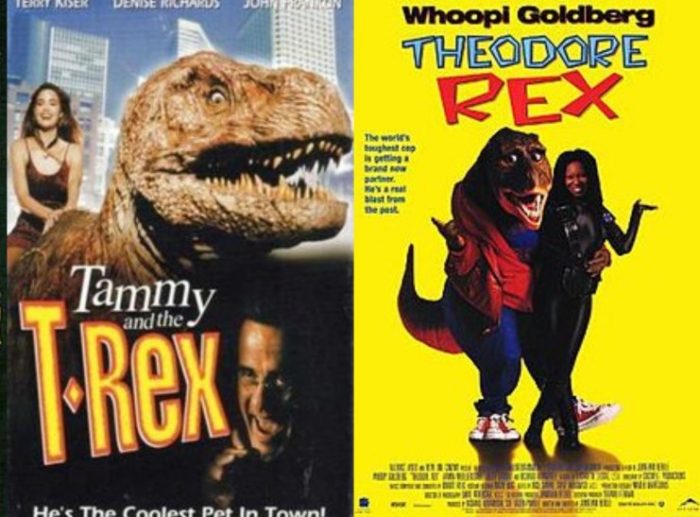 Overall neither of these movies were very good, but the concepts weren’t as bad as they might’ve seem to be based on the synopsis. They both just needed better direction and they could easily be remembered as these odd flicks that we enjoyed instead of being forgotten or just randomly put in worst dinosaur movie lists with the author of said article not having actually watched the movies. For more dinosaur action at MiscRave click here.