The Land Before Time: Sing Along Songs

The Original The Land Before Time movie only didn’t have any musical numbers even if it did have an amazing soundtrack. Starting with the sequels however they all included Disney-esque musical numbers between the characters. At least 3 per movie, one even has 4 and that’s not all even the TV show sneaks in 2 musical numbers per episode. 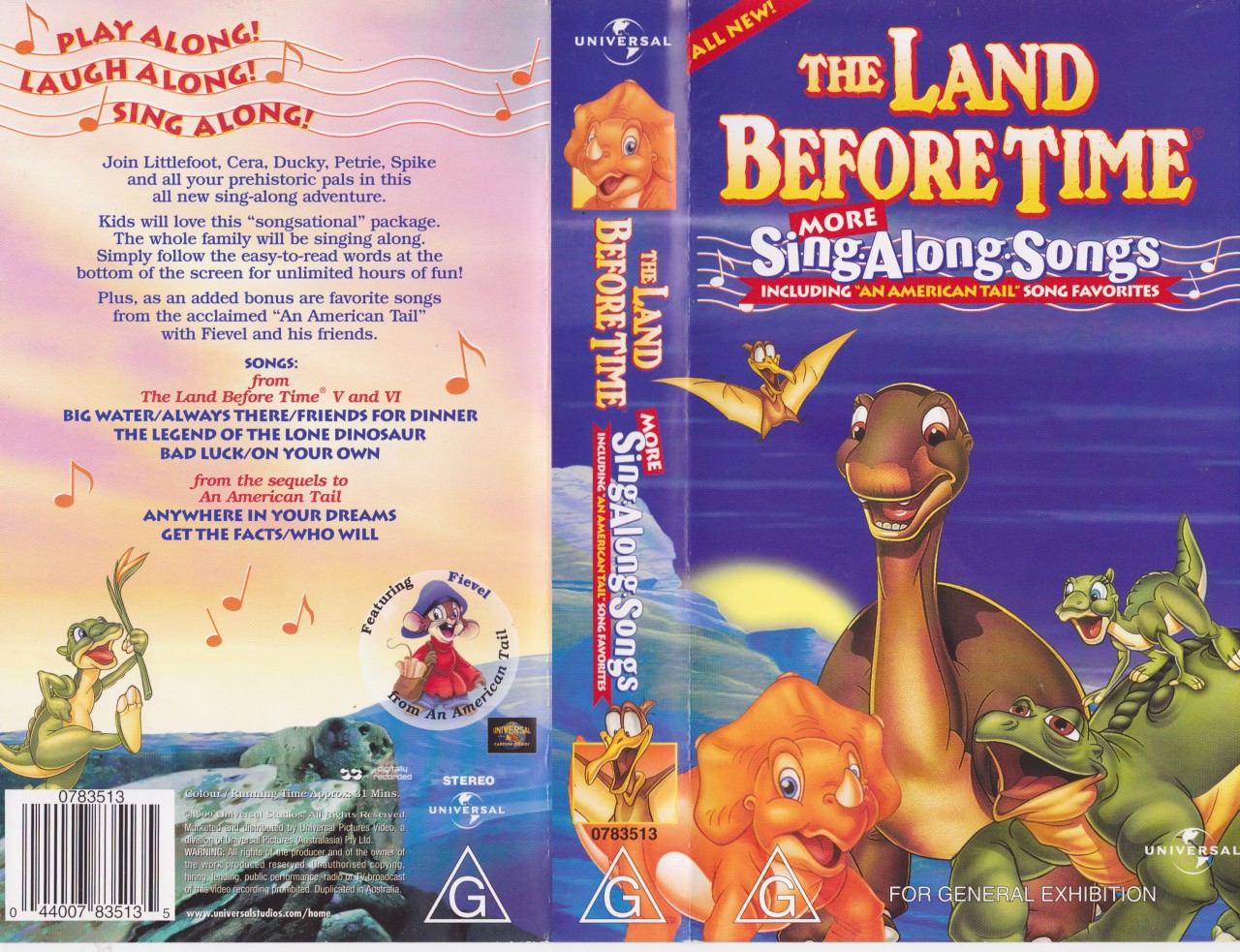 Through out the article you can find some of my favorite songs that the movies had though not necessarily the best, I mean one song is literally about eating your friends, I can’t ask for more. It wouldn’t surprise me if musical Land Before Time makes another appearance in MiscRave.

As a kid I was never a fan of songs in my animated movies since they bored me even though apparently they were added to keep kids entertained, oddly enough even if they aren’t great songs I can appreciate them a lot more as an adult. Apparently The Land Before Time movies had such great songs that they got not one but two 30 minute VHS tapes “Sing Along Songs” and “More Sing Along Songs” “Sing along with a CD “The Songs From The Land Before Time”

Tracking these things down online is a bit difficult since they were never re-released on DVD and they were not included in any extra features in any set which is a shame. The format of the VHS tapes is rather simple, You have a narrator and/or kids giving some random kewl facts about your favorite Dinosaurs but also before each song you get a brief description of what the characters are feeling before the song which does help give some context that would be lost since you aren’t watching the movie. 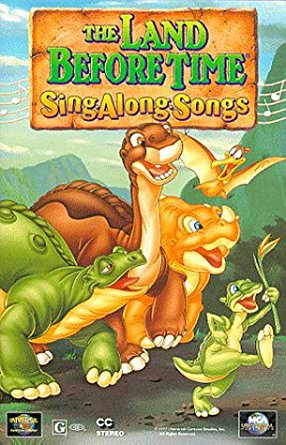 So besides some 90s video editing magic and some new live action scenes or pictures of dinosaurs there is no actual new footage of The Land Before Time and it’s only the same footage from the movies but with the lyrics on screen with nifty colors so you can well..sing along.

The first Sing Along Tape includes songs from the first three sequels (II, III, IV) while the second includes from the V, VI as well as the An American Tail sequels because why not, gotta fill that half hour with something and they had one less movie to take songs from.

I have to admit that while the songs were the things I was dreading the most in my marathon the are mostly tolerable at worst and even enjoyable in their best. Some songs even come back in other movies and not only that but the TV show actually featured many of the songs from the movies for the most part even if they changed some of the lyrics to fit the episode theme a bit.