Troma Dinos in : A nymphoid barbarian in dinosaur hell

After a post apocalyptic event that lead to the destruction of the modern world and the rise of dinosaurs which is the same setting as Cadillacs and Dinosaurs Xenozoic tales, we have a movie set in the Tromaville universe shared by the Toxic Avenger franchise with the story of a girl that lives in this dinosaur hell of a world which lead her to become a Barbarian yet she is also a nymphoid who can’t be pleased in what could be the best worst dinosaur movie in A nymphoid barbarian in dinosaur hell. 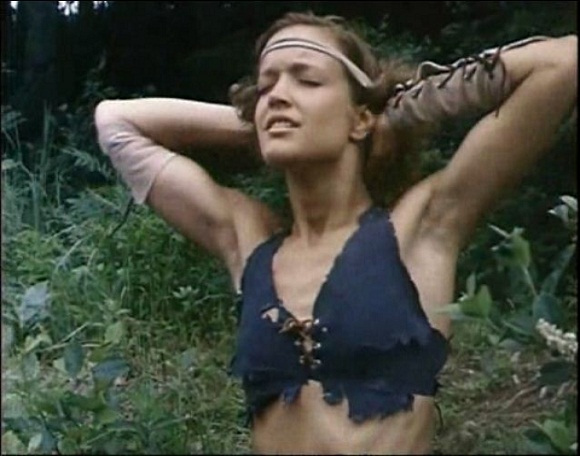 Marn and Lea are the protagonists in their quest to I guess survive as savages. The dinosaurs are pretty bad but counting the budget, the stop motion animation on them is actually great, I especially love that they aren’t exactly dinosaurs as they’re mutated dinosaur like creatures; it’s just too bad that we don’t see enough of them. They aren’t the only mutants in town as you have mutated cavemen and reptilian creatures who have a somewhat similar role to the Apes from Planet of the apes capturing humans and other factions all over this world. A lot of world building is done if you think about it even if unintentionally, too bad it couldn’t be exploited in any way since nothing is developed. 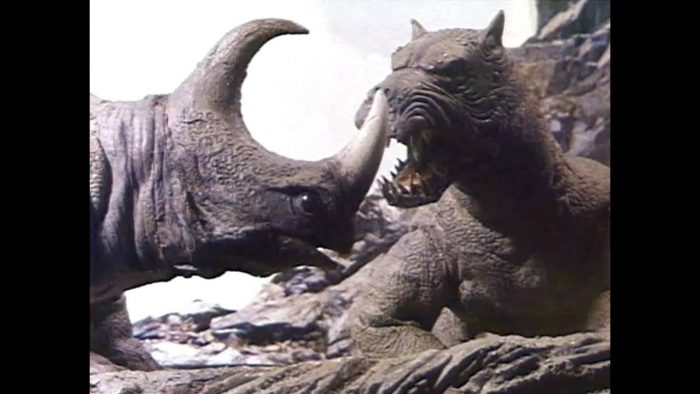 It’s considered a very bad movie and it’s difficult to find information on it and for a 1990 movie it is indeed bad but also has plenty of strengths that people don’t give it credit for and should have a bigger cult status. The pace of the movie is really slow, like those older epic movies that had intermissions which can be interpreted as boring to some but it tries to set the mood of the world. The movie also has very little dialog which helps with the mood but I’m guessing it’s also the reason it’s hard to watch through. It really needed a better plot to help out the slow pace of the show. 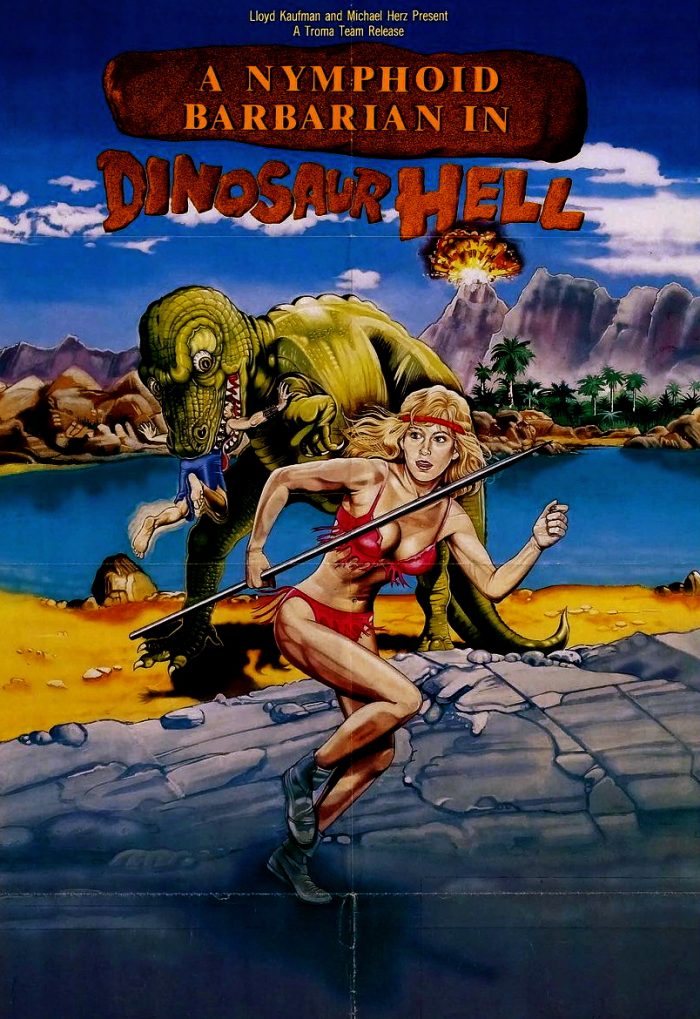 In a way it really is the closest thing we will ever get to a Xenozoic Tales / Cadillacs and Dinosaurs live action movie since it shares so many ideas with it which is sad since I feel it would make a great one but got tons of vibes from this movie from it almost in every scene, including the ones where they find remains of the previous human civilization. Apparently the movie is more popular in France but overall a forgotten film by most people. 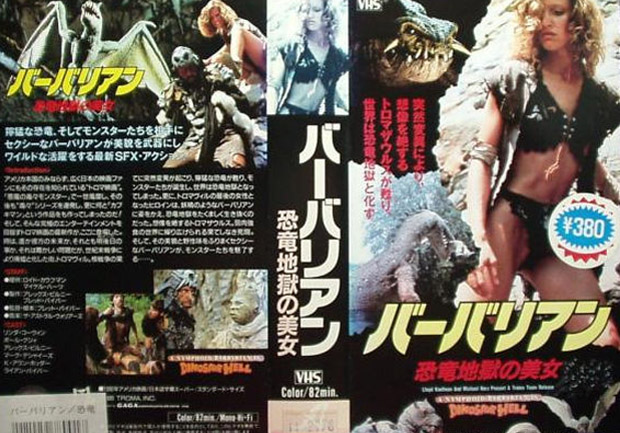 For a Troma movie and one with the name of A nymphoid barbarian in dinosaur hell, the film is quite tame, you only have a few scenes with Linda Corwin in scantily clad outfit at some points, one of the worst topless scenes I’ve seen. Violence is also on the soft side with nothing too gory. A bit of fan service could’ve helped this movie out a lot so the studios style is missed here so I do think Troma could’ve done a much better job at making this a cult movie, a different title and a few more experimental choices during the movie could’ve made the difference but as it is now, it barely has any creature action and even less dinosaurs but a decent enough bad dinosaur inspired film. 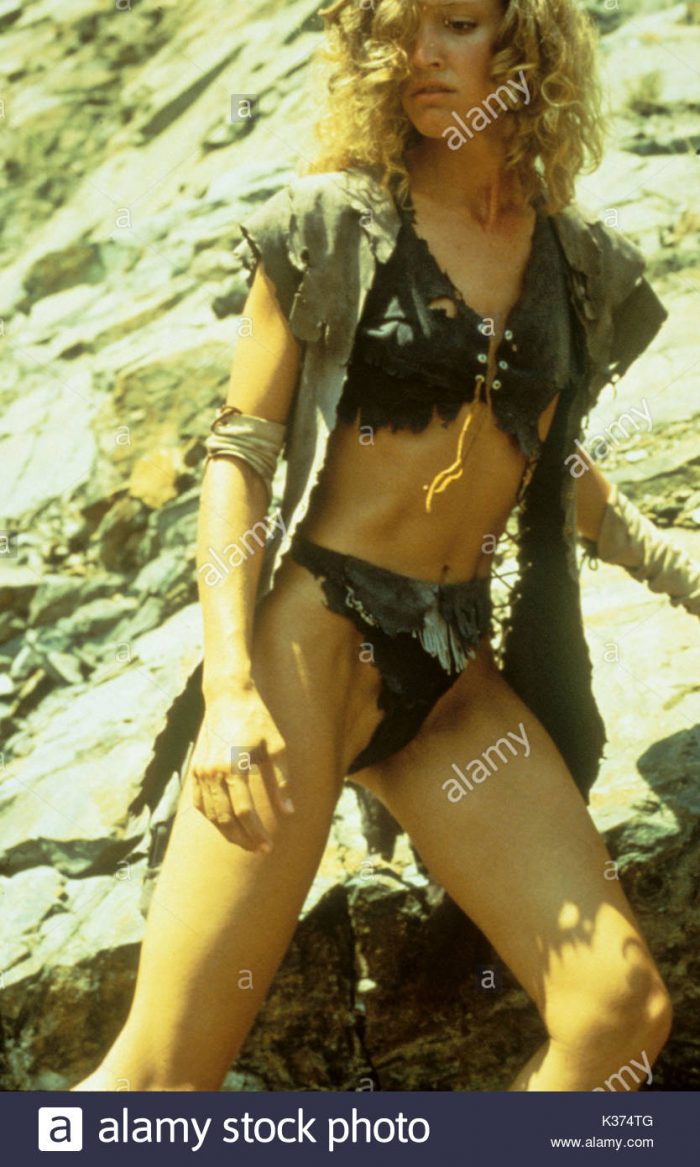