Sonic Boom is the most consistent Hedgehog cartoon

Sonic Boom was a marketing disaster, fans were angry and not ready to accept it and the fact that the game wasn’t great and in general the look didn’t feel fresh it was doomed before it even began airing. Apparently Sega wanted this to be the next big Sonic pillar. Eventually the animated series became sort of a cult hit with some fans and it did get 104 12 minute episodes in two seasons before the CG cartoon was left to die after the Sonic Boom idea failed. After watching it, it isn’t anything amazing however it’s a very charming show, here is our retrospective tribute to Sonic Boom. 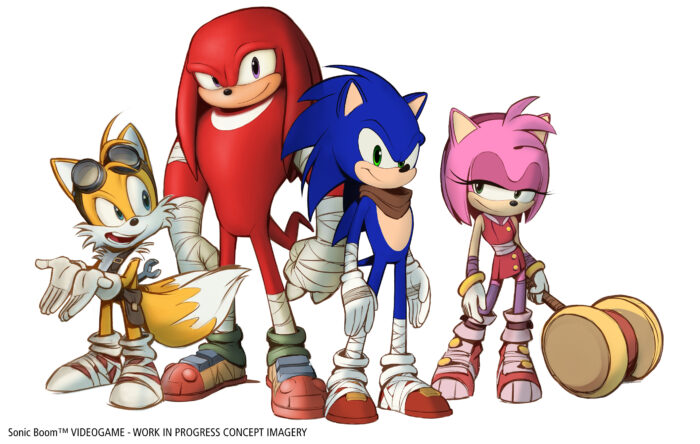 The show begins with no pilot episode and just jump into what the world is, we do get a prequel with the Rise of Lyric games in a way but it’s just more of an adventure that happened before than an origin. The Sonic Gang lives in a tropical like area, full of furry rsidents, cg is pretty good and animation can be great. 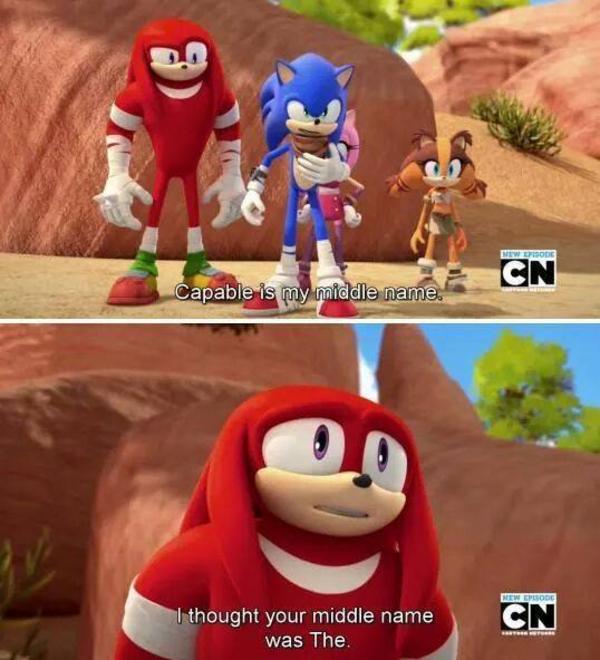 12 minute episodes works great for the format since it ends before you get bored, but also there’s no tension or threat in any one episode because of it and Sonic does need a little of that. The show is best watched one episode at a time from time to time, you might take 60 days to finish it but it’ll be the best way to do it.

Sonic Boom feels like a, modern version of Adventures of Sonic the Hedgehog. Dr. Eggman isn’t really a threat and in some ways even less than AOTSH since he is kind of like a friend, imagine Bowser in the Mario spin-off titles. They do have other elements like Sonic loving chilli dogs, two robots for Dr. Eggman And at the end of the day this is a comedy show and sometimes it does a great job but it’s not as funny as some people say either. The best jokes are the witty remarks thrown around and the self awareness wrapped around a generic kids plot. Multi part episodes are rare but even the Robots From The Sky saga or other two part episodes don’t have enough stakes. 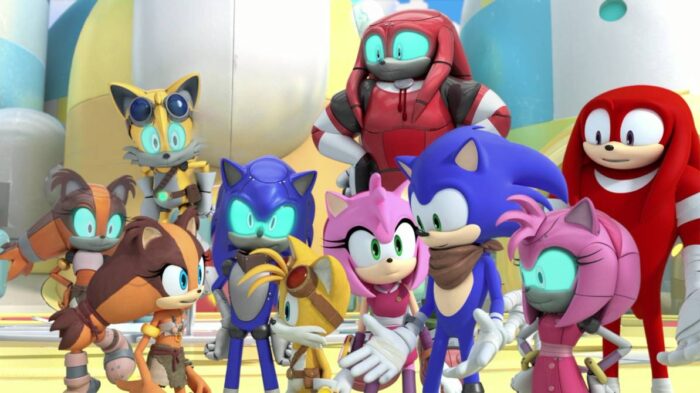 When the designs were first shown everyone thought “What the hell did they do to Knuckles”, so let’s begin with the first big problem of Sonic Boom which is the designs. For something that tried to be new, it’s just too similar to modern Sonic since they all just look like they got new outfits so at this point why not have it just be a normal Sonic cartoon instead of something different as hyped? This also made Knuckles’ change so much since he was the only different one. The show should’ve gone with more radical designs, even if fans would’ve hated them at least they could’ve felt fresh designs instead of the same. Apparently it was Sega who turned down some of the more radical designs which is a shame since this show was never allowed to do its own thing. 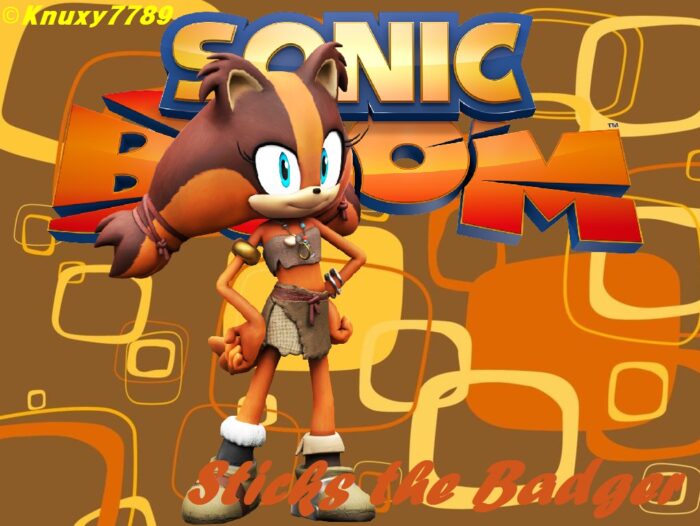 As far as the designs, blue arms look very natural on Sonic so Id on’t mind, the bandana is a bit dumb but I can see why kids would like it, his personality is a nice mishmash on who Sonic is, he’s a bit cocky but not too much, he’s a rather safe toned down Sonic attitude. Tails also looks rather the same but the few accessories he has works for him and he was never too annoying which is good but also never too important either. Amy is nicer than normal incarnations so a huge plus here and her dress new outfit is nice. Knuckles I can see what they were going for but he looks odd when compared to everyone else having the same designs, if others were radically different it could’ve worked since he is supposed to be a big meat head, his personality works but he did lose a bit of the essence he has because of it. 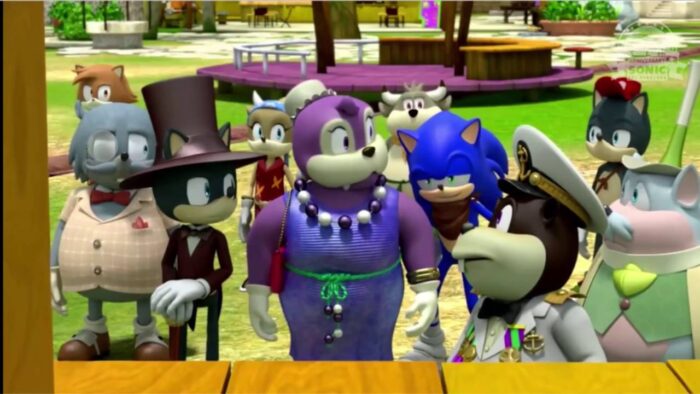 Dr. Eggman has weird proportions but is no longer an egg oddly enough but it works fine and he is just a cartoony villain, more so than AOSTH Dr. Robotnik. Metal Sonic looks exactly the same but I liked the way they used him here plotwise. Shadow has a few differences which look fine but again he’s not much different, his personality is somewhat like an angstier knuckles though he’s rarely used only showing up in the two season finales. Shadow is pretty awesome but I’m glad he wasn’t overused despite perhaps wanting to see a bit more of him. Vector the Crocodile also appears in one episode, he looks fine and acted better than in modern Sonic games. Designs, personalities and plots could’ve been more unique. 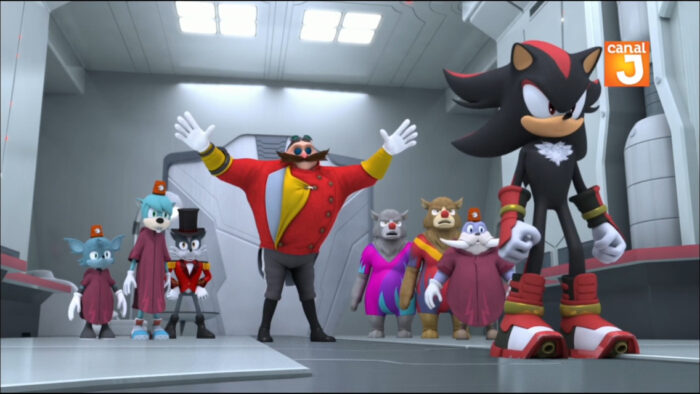 As far as original characters Sticks the badger is damn cool personality with her X-Files 4D chess conspiracy theories, and cool design, glad she’ll make the transition to real sonic titles eventually since she seems rescuable and did appear in that Sonic & Mario at the Olympic games with other modern Sonic characters. You have Orbot and Cubot which are the two robot minions of Dr. Eggman just like Scratch and Grounder in AOSTH or even Decoe and Bocoe in Sonic X, they have neat enough personalities but aren’t used much since they’re not as charismatic, designs fit their personalities. Hypno-Bot is like a tails robot and the other Team Sonic Robots are cool designs despite being based on the actual characters. 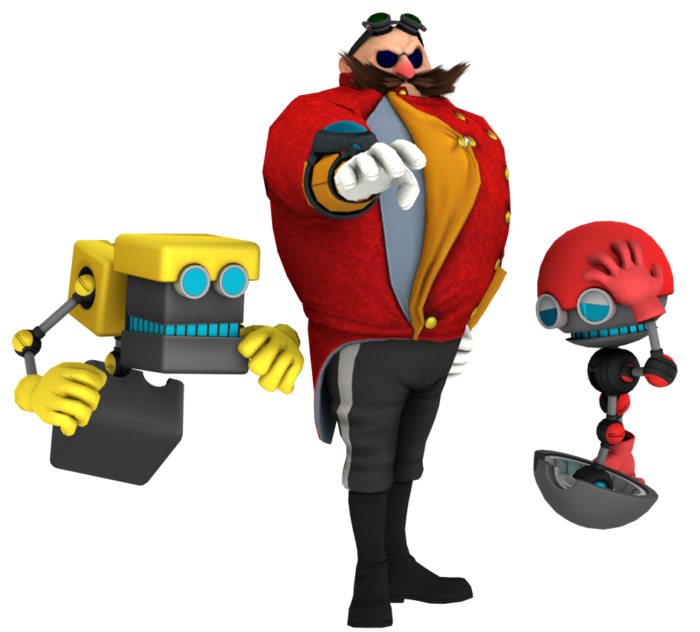 But that’s not all, the show created, you have Perci, Dave the Intern, Mayor E. Pluribus Fink, Esquire, T.W. Barker among others, that I’m sure I’m missing. They built a world full of characters and yes it’s a furry world which you might not like but they succeeded in building a world despite cartoony a universe that makes sense for these characters. The residents in the island are just furry anthropomorphic animals but they fit in. Not only that but the show built a new rogues gallery for Sonic, and that’s not counting Lyric who never appears on the actual show. I defintely think some new characters could be mined from here to jump to the real Sonic games and franchise. 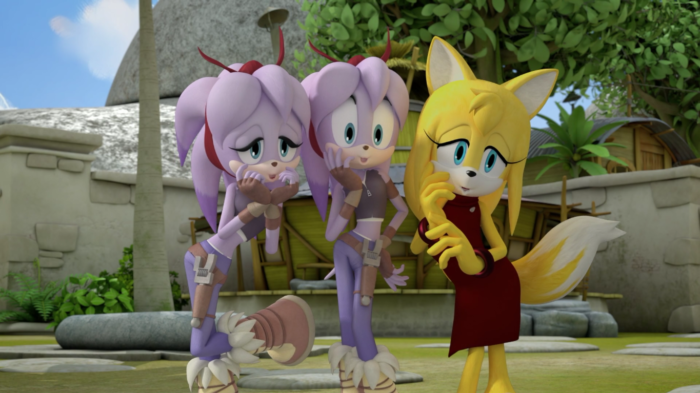 We do get a little bit of everything, Sonic references, obscure references, a musical episode, car driving, different villains. It’s definitely not the best Sonic cartoon but hardly from worst, it deserves more love yet perhaps not as deserving as much praise some give it. I would’ve enjoyed a third season but unsure we would’ve gotten some improvements, it would’ve been more of the same. The alternate universes they play around with does make me want to re-think my Sonic Animated continuity but at least we have some other stories with the lost episodes and movie of Sonic Boom.