Why does Santa Claus exists in these fictional universes?

Who doesn’t love Santa Claus, the perfect magical being that makes Christmas specials oh so much more special than they should be. But sometimes Santa Claus makes it in some holiday themed episodes where he doesn’t really belong. When we see Santa Claus in say Barney the Dinosaur we don’t really question it much as it’s a world full of magic and wonder. Hell, even shows like South Park where mythical beings of all religions exist so no one will bat an eye. But sometimes, just sometimes, Father Christmas sneaks his way into a fictional universe where he doesn’t make as much sense and today we’re going to take a look at some examples. 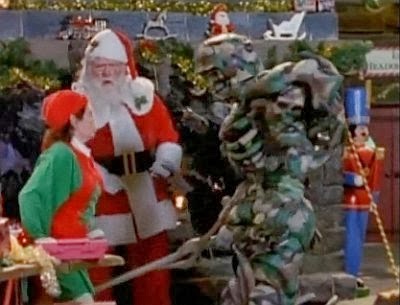 When people think of Power Rangers they think of cheesy stuff but outside of the original Mighty Morphin’ Power Rangers, they tone of the show was a bit more serious in terms of plot. Nonetheless, Santa first appeared in the Alpha’s Magical Christmas VHS special, some may argue it’s not canon but quickly season 2 came in to clarify it with I’m Dreaming of a White Ranger that has the rangers in season 3 when it was already going on a more serious direction and shows us Santa is real. If there was any doubt we also see Santa Claus portrayed by the same actor in Masked Rider a spin-off in continuity with Power Rangers and the same actor as Santa even appeared in VR Troopers but that one is not clear if it’s in continuity. Surely that was only in the early days, but nope, more recently we saw mentions of Santa Claus in Power Rangers Samurai and Santa Claus asks for help in the live RPG Power Rangers Hyper Force as well as in Power Rangers Dino Charge which is set in a different world but they still have their Santa Claus cementing him into a being that exists in the large Power Rangers Universe past and present. 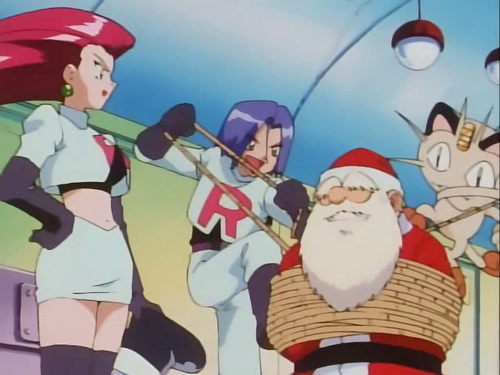 The Pokemon world is fantastic but it has its own rules and well Santa Claus doesn’t quite fit in it but while it seems at first that it’s only Jynx dressed as Santa and not the real one, we do see the real Santa appear in Holiday Hi-Jynx and sure you can say that this was a season 1 episode back when they showed or made references to real life animals but that’s where you’re wrong, he also appears in Generation 2 while in Johto during two different Pikachu shorts Santler’s Little Helpers and Delibird’s Dilemma with updated Pokemon and constantly re-released on home video during the holiday times. We constantly see flashbacks to season 1 or old characters from the original series in the newest versions of the Pokemon anime so we know it’s all still in continuity. Santa is an important character who owns Pokemon and even changes them up as newer generations feature more X-Mas friendly Pokemon as we saw in his last appearance. The people in charge of the show know Santa is an important character since they went through the trouble of going back to the episode and edit black Jynx into her non-controversial purple Jynx updated design so they can continue to air this holiday special. Oh! And he is mentioned in the Christmas Bash Pokemon album as welL! 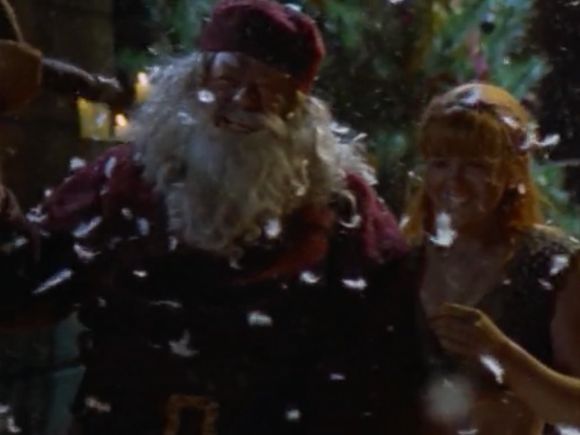 Brutal ancient Greece is shown in Xena Warrior Princess the spin-off of the campier Hercules: The Legendary Journeys but both shows knew when to be more campy and balancing the serious acts from time to time not to mention they were known for their anachronisms. A Solstice Carol takes place in a Xena episode that tells us the origin of Santa Claus when he was Kris Kringle as well as how a various traditions like the toys and Christmas Trees began. They even feature a toy of Hercules that kids asked for since he’s a hero in the universe to remind you that this was a shared universe int he show and Santa is also canon on Hercules. Not only did the episode make it work, it is a X-Mas Classic and a lot of fun to watch. 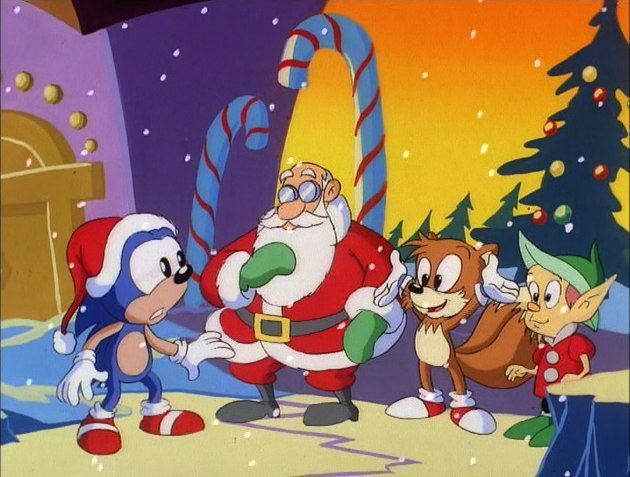 This Sonic doesn’t live in the real world but on planet Mobius but Santa Claus is real in this planet as well, we meet him in the Sonic Christmas Blast special that not only gives us Santa in this universe but also connects Adventures of Sonic the Hedgehog and SatAM Sonic The Hedgehog cartoon’s in one continuity mixing both styles and giving us an in between adventure. Santa is also implied to exist in the Sonic X tie-in comic and Father Christmas actually shows up in Sonic The Comic so apparently Sonic is no stranger to St. Nick. In the games department he only appears as background in one screensaver of official art and we see X-Mas related decorations in various games but on the crossover with Super Mario at the Olympic Winter Games it is mentioned Santa Claus is a VIP guest at the Dream Events. 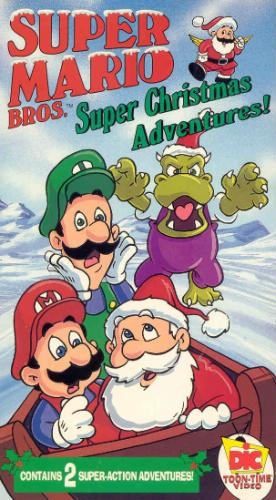 The Mushroom Kingdom is not a place you’d expect Santa to exist but not only does he exist in the Mushroom Kingdom but we also see that he exists in the real world in New York which is where the Mario Brothers come from in the Super Mario Bros Super Show. The live action segments seem to be a prequel before they get stuck in the Mushroom Kingdom but fret not as Santa exists in both worlds and we get confirmation of Santa existing in the third Mario cartoon on this continuity Super Mario World even if he doesn’t show up. This also means that since this show seems to be a part of the bigger Nintendo Animated Multiverse that Santa would also be canon in the likes of Captain N & The Legend of Zelda. Besides Christmas Santa gear we also see Santa in Mario and Sonic at the Olympic winter games as a x-mas cameo guest as mentioned before.

Honorary mentions: Jackie Chan Adventures, Men in Black, Real Ghostbusters, Avengers, Assemble (Marvel/dc comics), Dexter’s Lab, Pacman, Casper, futurama, He-Man, Sponge Bob, the tick, inspector gadet. If you enjoyed the article or have any thoughts let me know by commenting below or by tweeting at me. You can also share the article or hit me up an email with your thoughts, it’s nice to hear from other fans.