There’s nothing better than some X-Mas music videos for Christmas and we need to update our playlists with new songs to share and this sequel to the original will be much better as it will feature some lesser known tracks that are not something you’d typically find but are cool in their own right. From wanna be pop-idols of the past to wanna be pop-idols of the present, we got a little bit of everything from different eras to mix things up, let’s get to it and get christmassy in here.


While not the official music video for the cover of I want Candy by Aaron carter who is the younger brother of Backstreet Boys’ Nick Carter, this version was done for an episode of Lizzy Mcguire which explains the crappy quality of it here. Since the episode was holiday themed and they were filming a music video it fits here perfectly. I love the silver coat, the dark green crop top Christmas elves and even Lizzie’s and Miranda’s awful outfits which actually match between them but best of all is Matt Mcguire just random dancing that even Gordo can’t ruin it. The stage looks cool and the quick angle cuts make the song more tolerable as its constantly switching. I’m guessing the cop was trying to catch Lizzie but then shenanigans happened in the show which leads to him just being there. The cover is somehow not awful even if not a great version of I want Candy.

All I Want For Christmas Is You (SuperFestive!) (Shazam Version) – Justin Bieber & Mariah Carey

Unsure how this is a Superfestive or Shazam version but here we are an updated version of Mariah Care’s new Christmas classic All I want for Christmas is you with icon of the year Justin Bieber. It’s already a song that gets the attention it deserves so unsure why it needed a new version to bump its popularity with the popular artist of the time, I’m pretty sure most have already forgotten this version exists and go for the original. Not a fan of Mariah Carey or her still trying to act sexy but her voice is still good int he song even if not as good as in the original. In contrast I like the added parts of Justin Bieber since his voice is high enough that it fits, the new lyrics are not good at all but it at least sets it apart. The best part of this song is that they’re shopping and our boy Justin grabs a few units of Nintendo 3DS and back in 2011 they really needed someone to help sell them, good job Nintendo.

I don’t really know who Wengie is but I assume she’s a youtube internet c-list singer but the song is mighty catchy and she’s trying her best to look legit. The song is about ugly christmas sweaters and sure why not even if it doesn’t feature too many ugly x-mas sweaters but I ain’t complaining. It still lacks a little more style as it is a little too choreographed and acting like she’s “legit” but love screw it, I love the song and it deserves the spot here more than the other two songs also cashin’ in. 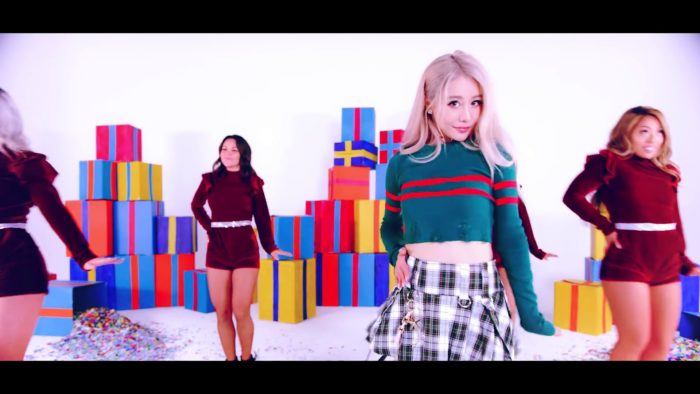 For more X-mas articles click here. If you enjoyed the music or have any thoughts let me know by commenting below or tweeting at me. You can also share the article or hit me up an email with your thoughts, it’s nice to hear from other fans.