Goosebumps has had quite a a few different books in their different series, compilations, special editions and what not. So let’s take a look back at some forgotten Goosebumps books that for a variety of reasons had limited releases, are rather obscure and forgotten entries to the Goosebumps brand as a whole. Sometimes time makes things be forgotten and this what this is all about. 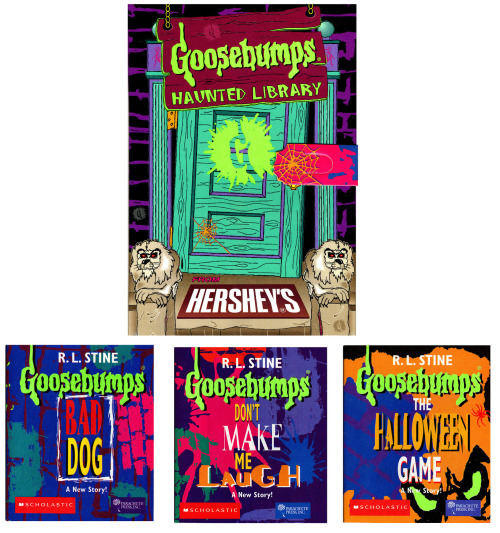 Done as a mail in give away by Hershey, Pepsi, and Frito-Lay in 1996 you could collect these three small books/short stories and even put them in a cardboard case that resembles a normal Goosebumps book. This “thrillogy” of stories as they called it include The Halloween game, Bad Dog and Don’t Make Me Laugh all written by R.L. Stine and for some reason were never reprinted in any collection like the Tales to Give You Goosebumps which is a shame as they’ve mostly gone forgotten.

Goosebumps Live on Stage: Screams in the Night 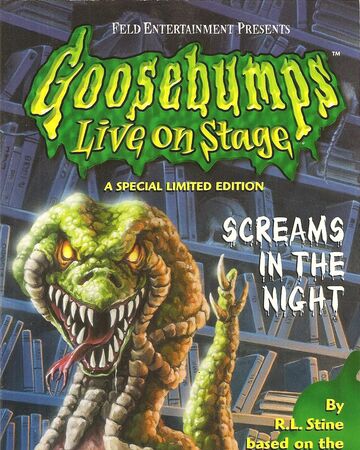 From the stage show Goosebumps: Live on stage screams of the night is a short novel re-telling the story from the play so in a way that play is immortalized forever. There are 4 short stories that intersect in a way, some of them borrow heavily plot points from Goosebumps books and the others don’t. The story features a crossover with both Slappy and Monster Blood making an appearance in a way similar to the Horrorland series showed us it was all one universe so in a way it mirrors the future of the franchise.

The Surprise on the 13th Floor

Disney Adventures magazine was a small sized magazine filled with many non-Disney things kids liked at the time and the November 1996 issue had a small story by RL Stine called The Surprise on the 13th floor. It was a contest where readers sent in how the story would end and finish RL Stine’s Story. Eventually the winning ending would need to be published on the March 1997 issue. For this story you would need to get two issues of Disney Adventures since it was never compiled into an actual book.

Welcome to HorrorLand: A Survival Guide 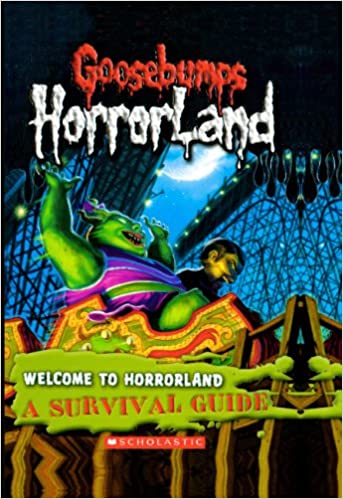 Another likely forgotten book from the horrorland series since it’s not included in collections and it isn’t an actual story. It mostly tells you details of the different monsters and creatures from the Goosebumps books and how you would survive if you were to meet with them. While not an official story, it includes details of characters that you wouldn’t find elsewhere. 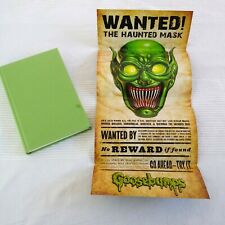 Maybe not a forgotten book per say since it’s sort of the original book that lead to the Most Wanted series, this one is not officially part of that numbering hence it can get forgotten by some. Released in a hardcover version with a poster, it features a story of our favorite haunted mask. 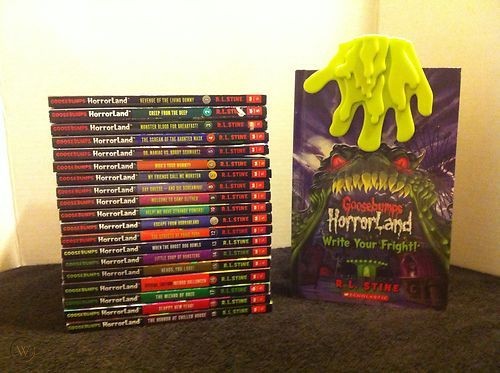 Six stories with six cliffhangers that you get to write the ending to, obviously this has been forgotten as just a kids activity book but in a way it does feature six short stories despite having no official ending. Released during the Goosebumps revival Horrorland series the book has one of the iconic covers without a monster since it was you that wrote the story and a cool plastic hand of a horror to make it a good deal. 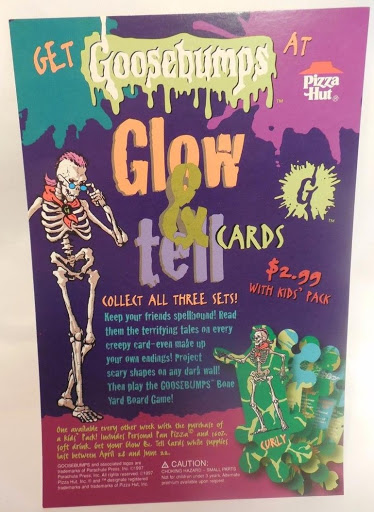 Calling these short stories is giving them too much credit since they’re only brief descriptions which again you need to tell a story. They feature different goosebumps monsters which in a way it’s nice to see them return in a sort of kind of way despite not having much of a story. The most interesting aspect is that Curly the Skeleton finally gets a story of is own in a way thanks to these since he never really had one. 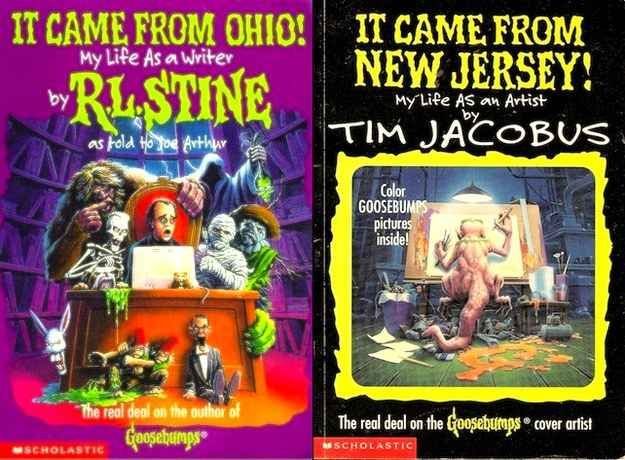 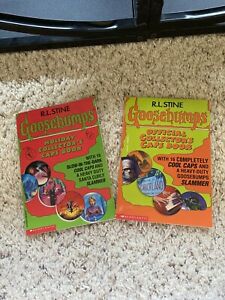 Back when Pogs dominated school yards Goosebumps capitalized on this with two Collector Caps books which included pogs for Goosebumps monsters. Nothing special except they included some random facts of the different goosebumps monsters that most likely you’ll only ever find here and most likely could include random contradictions because not much care was put into it.

How to Draw Goosebumps 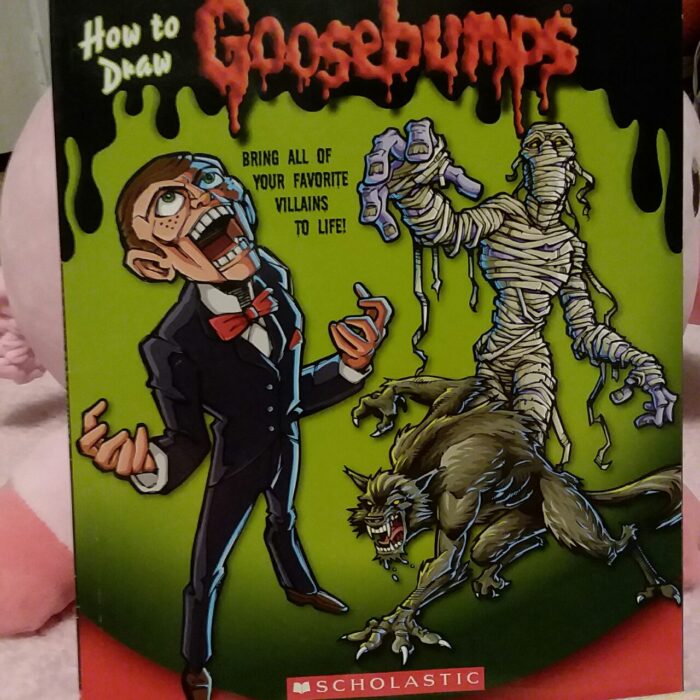 This book tells you how to draw goosebumps monsters, that’s cool if you’re a kid and in the brief descriptions it tells you a bit more about them so if that’s your thing well here’s how you can get some extra facts on them. 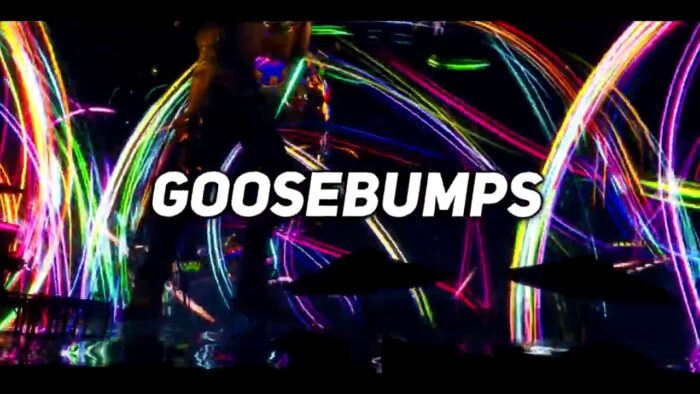 So that’s it for forgotten goosebumps books, for more spook-rific Goosebumps articles click here. If you enjoyed the article or have any thoughts let me know by commenting below or by tweeting at me. You can also share the article or hit me up an email with your thoughts, it’s nice to hear from other fans.