Phantom of the Megaplex is a Disney Channel Original Movie Classic

Disney Channel original movies always differed in quality but they were promoted like nothing else on the Disney Channel, by the time the premier arrived, I felt like I owed it to them to watch it since it had been advertised for the whole month. For Halloween they always had some horror themed movie and in the year 2000 we got Phantom of the Megaplex, with Mickey Rooney on a modern take of the phantom of the Opera and Scooby-Doo while still being pretty much their own take. Normally I was not too impressed by their movies but this was one of the ones that I genuinely enjoyed. 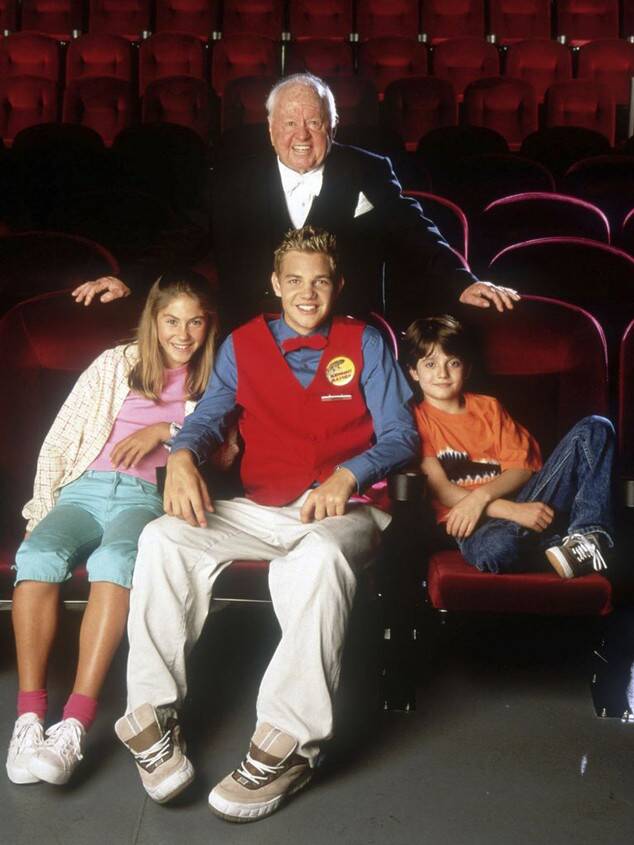 The premise is a simple one, you have the rumors of there being a phantom at the megaplex after the old movie theater that was there since the early days of cinema got demolished so a worker who died is haunting the newer location. Then you have Movie Mason who is an old guy whose parents owned the original cinema, he doesn’t work there but he goes every day and acts like he does. Then you have the teenager who works at the place, his siblings and his boss who all complement the cast. During the premier event of a movie things start to happen and a mystery must be resolved to see who is causing all the mischief this important day.

The whole concept is just a fresh take on an old idea and while there’s really nothing scary in the movie, it’s not meant to be a horror movie, it’s just supposed to be a fun little story. It’s clearly meant for kids and the movie is entertaining enough with the mystery of who’s doing all the haunting that day and a cliche ending. Overall it’s all I expected and while it could be much better and far from any type of classic it’s not a bad movie and it goes to entertain the audience which is kids. 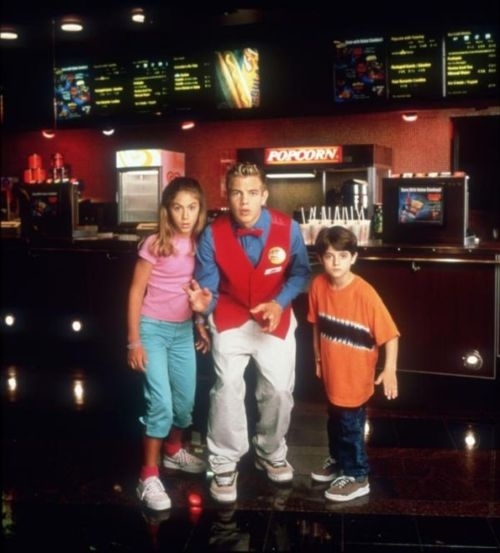 I won’t say the mystery is the best but it gets the job done, the costume? Not so much, Mickey Rooney as Movie Mason is a great role and I think in a way pays tribute to his career, but I don’t even know where I’m pulling that from, I don’t see this disney channel movie as a demotion. The movie could’ve definitely been more fun I guess but overall I think it deserves the right to be streamed in the future by nostalgic adults and maybe younger kids.

As I mentioned the Disney Channel promoted the hell out of these movies, and frankly most of the original direct to tv movies I saw from them was because of this reason, and well I guess it gave me something to do when they premiered, here’s one of the advertisements and commercials for Phantom of the Megaplex.

I also think the concept is fun enough that a much better kids movie could be done with it, if nothing else, at least it might be something new to check out like our other Halloween themed articles. 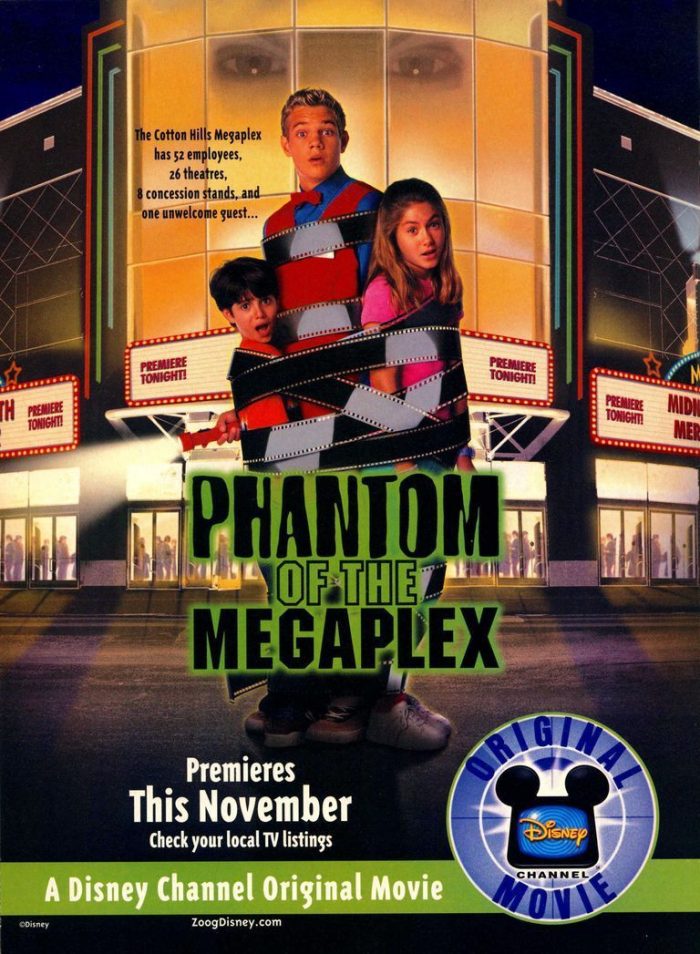