Animated Mortal Kombat in the 90s

The Mortal Kombat live action movie rode the popularity of the video game and also helped propel the franchise into the mainstream outside arcades and home consoles. It had a GI Joe Toyline and of course came cartoons. The movie had such a big impact of what and how the franchise was that both of them were linked and basically a prequel and sequel series to the movies and helped create a 90s Mortal Kombat timeline. We’ll be talking about the 90s animated Mortal Kombat Timeline not Mortal Kombat Legends or other Mortal Kombat animated shows or movies after that. 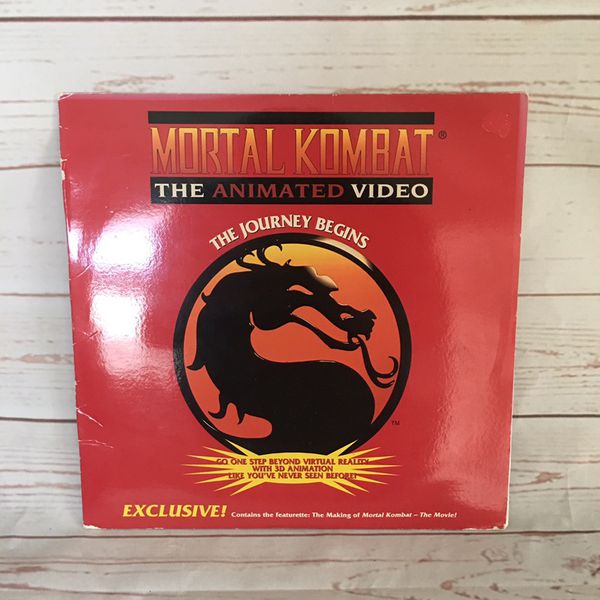 Released before the movie came out on VHS, it is also a prequel of sorts to the original movie and I only say of sorts because it’s actually an interquel, taking place during the movie while they’re on the boat ride but basically the whole movie is about Raiden explaining the origins of many of the characters of the movies like Shang Tsung, Goro, Scorpion, Sub-Zero, and the Great Kung Lao. This is awesome since those all characters get much needed background in the first Mortal Kombat movie. 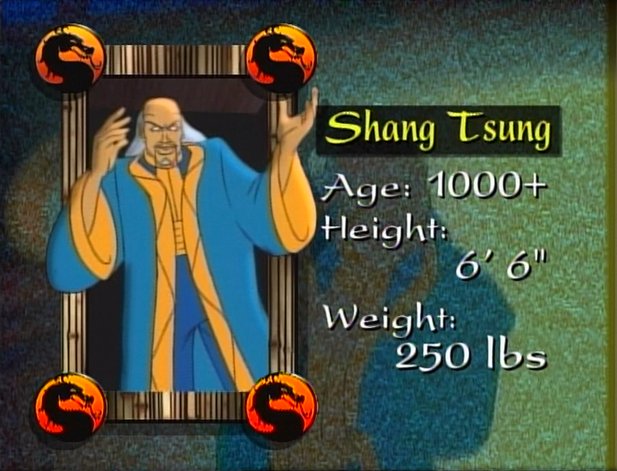 Why are Sub-Zero and Scorpion fighting together? Well that is explained here and it works, we get even more world building by giving some more explanation on the realms, races and even the tournament itself. We also get some fight scenes to help all this narrative flow and then the movie ends before the tournament. This is a great set up that could get you excited to go watch the movie since they just teased this awesome universe but you don’t actually get to see any cool fights, just build ups as if it were a WWF PPV. 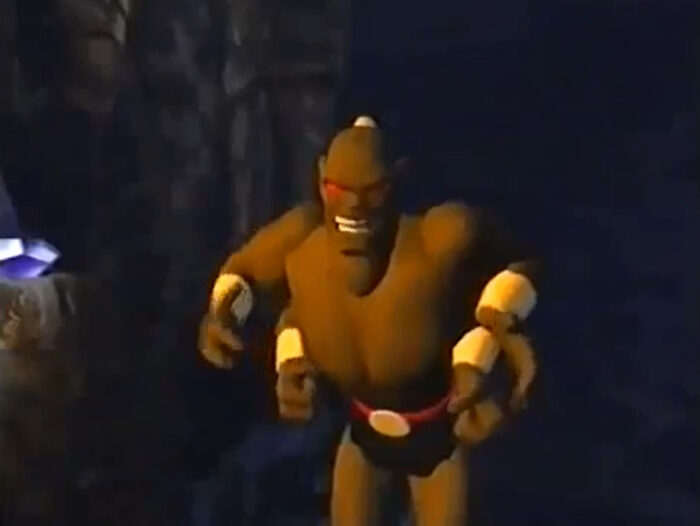 While it’s clearly set in the same continuity as the movie, here the characters look like their Mortal Kombat 1 designs which is nice to have seen these specific designs used for an animated film. Now I’m trying to be nice, the animation is choppy and cheap, there’s a reason this gets poked fun at so much, but if we can get past that and try to see the positives you can enjoy this a lot more for its “lore”. The story isn’t going to win any awards but it does make the original movie make more sense and have more depth ironically enough. 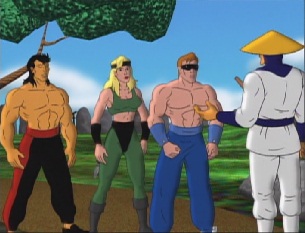 This direct-to-video was almost making history by featuring motion capped CGi scenes, which in 1995 this was cutting edge, it might look ridiculous now but they were in the beginning of motion capture fight scenes on a very low budget. The actual CG is bad but not as horrible as it might seem, we didn’t really have much to go by besides Toy Story and Reboot and this was on a VHS we could watch, it’s really more decent given all those factors. 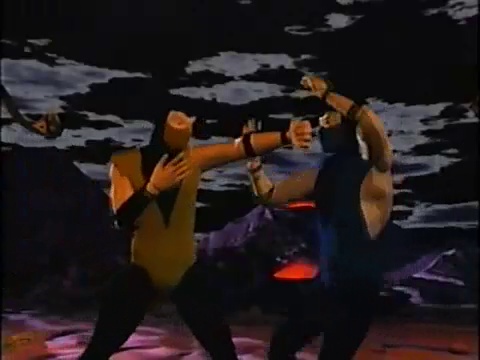 Journey Begins was never going to win any awards but it does a great job in hyping up the movie and giving more background to the settings, world and characters of the live action Mortal Kombat film. Should you watch it? If you’re curious about the Mortal Kombat timeline of the 90s then sure, or if you’re a Mortal Kombat fan that’s reading this, if you aren’t then there’s better stuff to watch but if you fit that definition then go for it, don’t let some angry reviewer for clicks stop you from it. 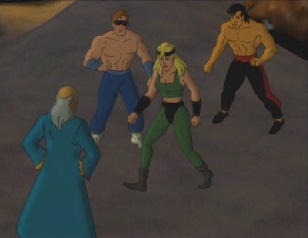 Mortal Kombat: Defenders of the Realm

A Mortal Kombat cartoon for kids released in 1996 also as a sequel to the live action Mortal Kombat movie and using the the latest game Ultimate Mortal Kombat 3 or whichever version of MK3 that it was inspired by for the designs. It is set far more in the Mortal Kombat verse like the previous movie since it has plenty of world building, lore and special powers that are being used and yet it fits perfectly fine with the movie universe. 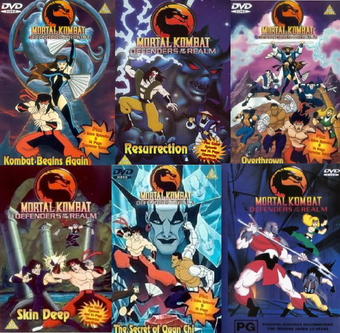 Here the characters are set up as more superhero like since you have Raiden choosing warriors to defend Earthrealm from the evil forces and they must close the portals. Even then it’s really just the plot of Mortal Kombat 3 with the Earth Warriors being Liu Kang, Stryker, Sonya Blade, Jax, Kitana, and Sub-Zero, with Nightwolf, it’s also what the sequel movie Mortal Kombat Annihilation did for a premise. In fact as we saw both are canon to the original movie and take place at basically the same time. continuity wise. 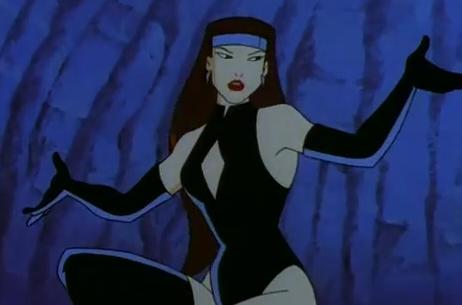 The cartoon only ran for one 13 episode season and it accomplished a lot including a crossover with Street Fighter and Savage Dragon of all things. And it is able to accomplish a lot with that short episode run giving us a season finale in a way despite not ending things completely, but also that last episode featured the full potential of the show featuring amazing animation, action and even story. The rest of the show isn’t as well animated but it’s decent. Dialog is cheesy many times but for every “Kombat Time” you can get through, it’s rewarded with nice episodes.

Many episodes deal with an attack on Earthrealm and how they resolve it, but it doesn’t get too repetitive since each episode usually builds up the mythology and lore of Mortal Kombat and helps explain a lot of things of the Universe which is a big part of the franchise. It is definitely not violent but even so we get some nice character development for the characters, especially those that only appear for a few brief seconds in the second live action mortal kombat movie. We get to see Quan Chi also here and he has a decent role, and goes back to Mortal Kombat Conquest. 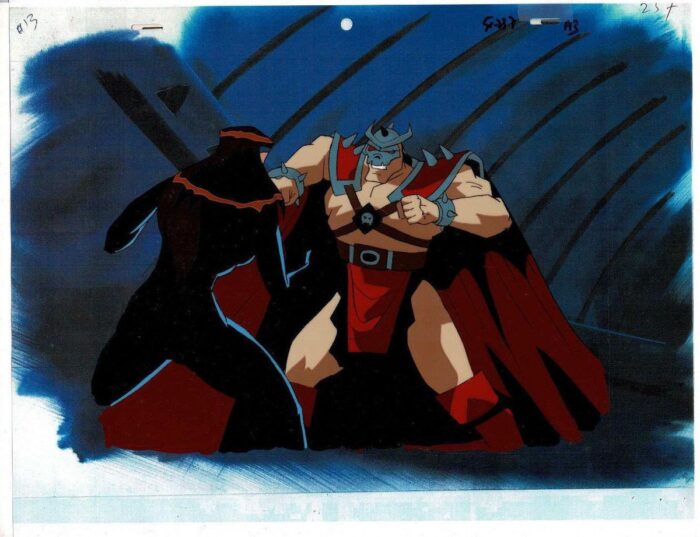 Just as the Journey Begins, Defenders of the Realm won’t be for everybody, it is a great adaptation for kids and while it’s weird to see the characters in say airplanes and acting like super heroes, the relationships and stories the show told were far more than what the average review of this animated series will tell you. If you aren’t a Mortal Kombat fan then maybe it’s not for you but if you are it’s recommendable if you go in knowing it was made for kids, it does more than just build up the lore of the movie, it’s a sequel with a bunch of little adventures in the MK-verse. 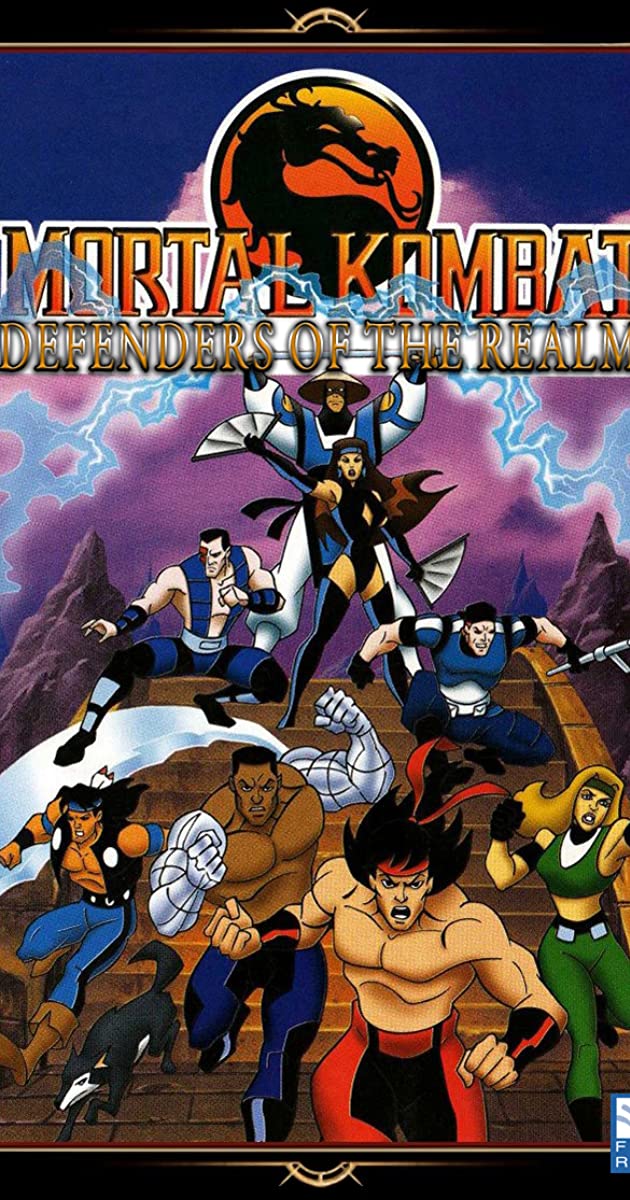 Two decent adaptations of Mortal Kombat in an animated form that complement the movies very well. Mortal Kombat can do much more in this medium and I’d love to see a new Mortal Kombat animated show or movies being attempted that isn’t a one off. The franchise has potential and it’s not all violence and it helps that animation is perfect for more fantasy stories than say live action since suspension of disbelief is a bit different.