Dr. Mario World is the spin off we needed

We finally saw Nintendo release a Puzzle game with Dr. Mario n mobile devices for both Android and iOS in a neat little spin off called Dr. Mario World. After playing it for quite a while I couldn’t disagree more with the bad reviews for it. Called Dr. Mario World it really feels like the evolution the game needed and it’s made with mobile in mind instead of just a cheap cash in taking advantage of the brand, after all it’s not like Dr. Mario despite all its games one of their most famous in their catalog. 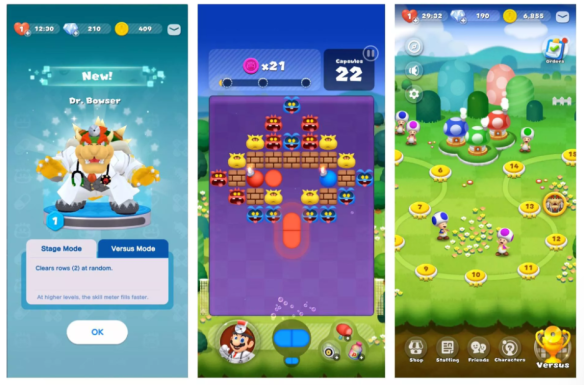 I always felt Dr. Mario would make a great nintendo mobile game and I’m glad Nintendo took a chance with this franchise and decided to bring it to mobile. The game is very different in many ways but at its core it’s the Dr. Mario puzzler we’ve all gotten to know and love. We now have a full over world map where we beat levels which is something new to Dr. Mario and it fits with the name of the game as it’s an entire new world to play in. Each world is a small puzzle that you must solve they range from easy to quite difficult but besides one or two that bad RNG could mean it was impossible to beat they are mostly fun. 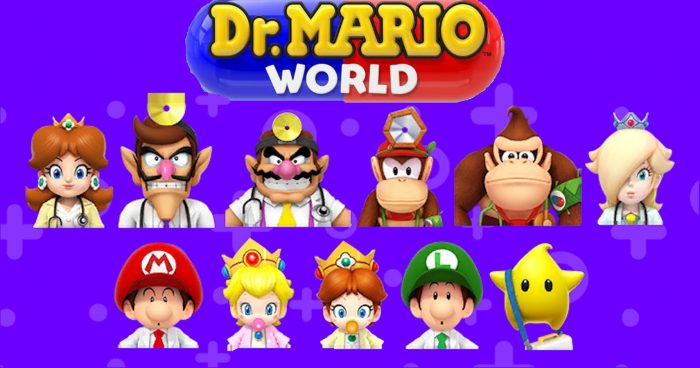 The online versus mode actually features the regular Dr. Mario style gameplay for those who prefer that style of Dr. Mario, it’s not entirely absent, you just can’t play against the CPU alone with it. One big change in the game is that it’s now a connect 3 instead of the connect 4 that it used to be. While I was not a fan of this change it’s also not entirely new since we it had already become a connect 3 game when you played Dr Luigi mode of Dr. Mario games. There are also other plenty of new additions like locks or frozen viruses and even movable pills between others but they work here because of the style of the puzzles. 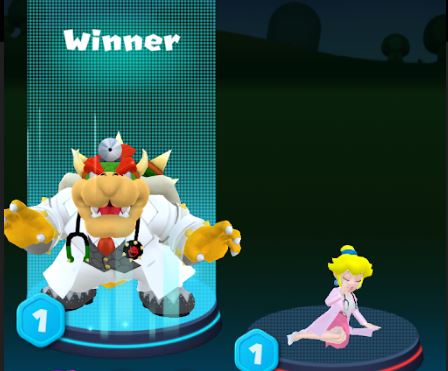 The game plays like the Virus Buster games from the Brain Age franchise which were based off of Dr. Mario, it might be different from normal Dr. Mario but it was the way to go with touch controls in mobile devices as the regular Dr. Mario would not work very well. I was surprised to see how the new puzzle systems worked with the Virus Buster type of pills/controls but even more impressed with the classic Dr. Mario game style in multiplayer since it also works well. Even if you prefer classic style Dr. Mario the online versus mode should be more than fine to get your fix. 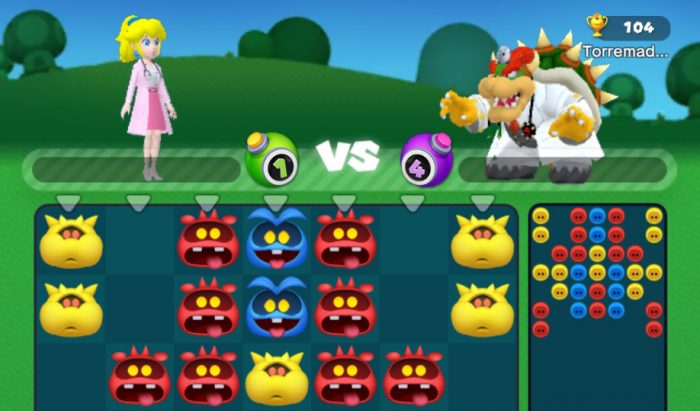 As far as the gatcha system to get new characters it’s a bit annoying since it’s hard to get the characters or the currency without paying, but on the other hand they let me choose Dr. Bowser in the beginning and I had no problems playing as only him during the entire of my run. Sure it’d be awesome to also play as Dr. Waluigi or Dr. Peach but I’m not going to complain for Free and you do acquire enough stuff to get one of the other doctors and helpers. I never felt it was pay to win, more of a pay to make it easier since most of the other items that help you on the specific levels are entirely optional and not necessary. I actually felt like it was cheating if you used them. I’m also glad that there are no daily bonuses in the traditional style of mobile games. It feels like a real natural game and the hearts system is incredibly generous, I never felt like I couldn’t continue playing because the game didn’t let me. 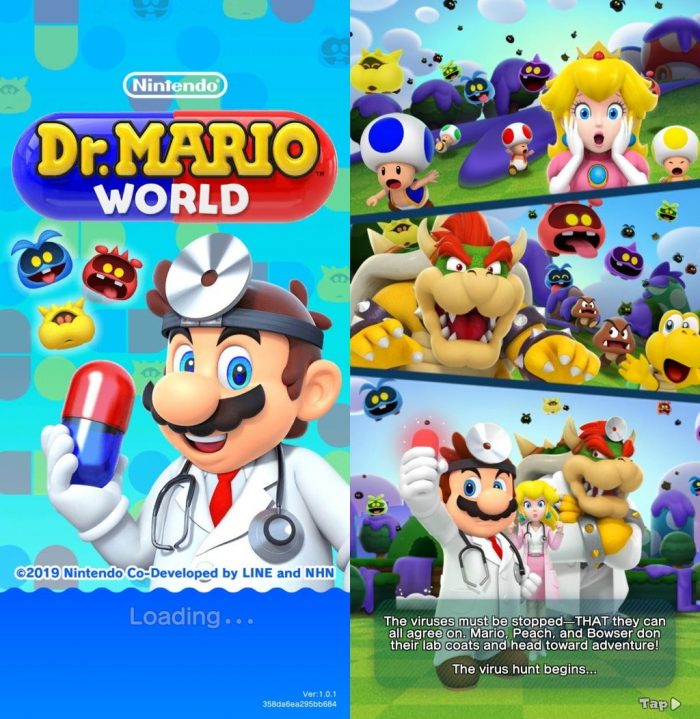 Overall I’d say Dr. Mario World is an excellent spin off game and that future Dr. Mario games could draw tons of inspiration from this one, funny how it took a mobile spin-off to help Dr. Mario innovate and try new things that will help the franchise in its future. For more nintendo mobile games please click here

I continued to play Dr. Mario World for quite a bit, they kept adding new levels which was good, did specific things so if you would get stuck in a specific land you would be able to beat it without needing to spend money. This was good since some puzzles did get frustratingly difficult to complete without the use of paid “cheat” pills. I basically still quit because of these things though since I’d had enough fun with Dr. Mario and the “addicting” mobile format that all mobile games do did not work enough for me. Especially since they were stingy in the currency to get new doctors and it was way too easy to get repeats in their gatcha. They weren’t needed to complete the game but for a game like this, you want to have more characters as in any gatcha game. And add new Doctors they did, we got doctor forms of so many Mushroom Kingdom characters and that’s awesome, too bad they’re stuck in a mobile game but hopefully we see them in a future Dr. Mario game..