I really got into wrestling in the attitude era and I was a WWF fan, it didn’t take much from the WWF for me to say WCW sucked, I was as big of a shill as thirteen year old kid could be, I took this more seriously than gamers take console wars or conservatives and liberals debate bathrooms. And yet I was able to overlook our differences and check out their product even if it wasn’t to my liking. 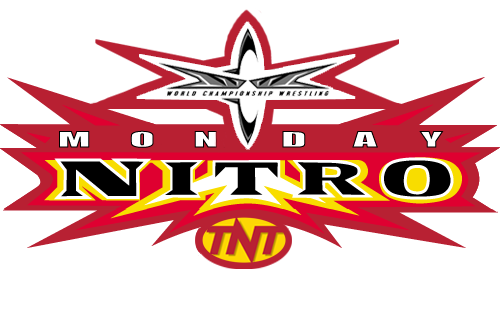 As mentioned I would use any opportunity I had to belittle WCW but Raw is War didn’t begin until later at night and I needed my wrestling fix. Luckily for me WCW Monday Nintro began an hour before to satisfy my needs. I would never get to watch the main events as I just cared more about midcard WWF matches than main event ones on WCW. Can you blame me? Unlike Raw or Smackdown even the theme music was boring.


Can you blame me? Even the arena felt boring and dead, the lights being dimmed didn’t help things at all and worst of all they didn’t have a titantron and I just loved the video packages that the WWF had as the wrestlers walkeehttps://www.youtube.com/watch?v=zNBhlv6q9HId to the ring, these little production polishes really set the WWF apart from WCW regardless of what the in ring performances may do when the match began. 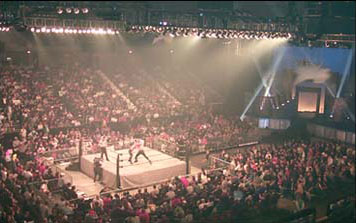 There was no WWF programming on Wednesdays which gave WCW Thunder the spotlight for me, the intro was also not much better in getting you exciting but at least I didn’t have the WWF to distract me from checking out the product. Even then I missed Thunder on plenty of occasions but I did watch enough of both shows that I knew who all the wrestlers were and was even interested in some of their storylines. I probably should’ve given WCW more respect even if I started watching during their worst years.

While I wasn’t a huge fan I grew to like the wrestlers and even if they were no ECW I still liked it enough to watch it. Just don’t tell that to my kid self as he would respond that “WCW sucks”.