Spawn The Album is fantastic to this day

Spawn has been quite a lucky franchise when it comes to music since it did get its own concept album by Iced Earth but also got a pretty damn good soundtrack for the 1997 film with Spawn: The Album. What makes this movie soundtrack different from others is that it’s mostly original tracks instead of a compilation album but that’s not where they stopped since it’s also a unique set of collaborations between well known Rock / Metal artists and electronic producers from the 90s which gives sets it apart from normal tracks.

The soundtrack begins with the single Can’t You Trip Like I do from The Crystal Method and Filter which I already talked about in a previous music match so I won’t go too much into details other than it’s a great track and wish there were more Spawn references in the music video besides random clips of the movie.

We then get a collaboration between Marilyn Manson and Sneaker Pimps with Long Hard Road Out of Hell which Todd McFarlane himself said Manson epitomized what Spawn was all about. There was some bad blood between Marilyn Manson and Sneaker Pimps over the writing of the song but nonetheless this is prime Manson. I was never a huge fan of this song but it does fit Spawn rather well thematically unlike the Filter song. The music video doesn’t really have much to do with anything since it’s just Manson being Manson in a church setting and modeling to make sure it’s out there.

Orbital and Kirk Hammett – Satan is the next track and the lyrics are something I would’ve written when I was 14 since it’s just Satan over and over but the track is great in spite of that. Kick the P.A. by Korn & The Dust Brothers is next in a much better collaboration even if the panic attacks have nothing to do with Spawn it gives Korn a chance to try something a little bit different. Butthole Surfers and Moby continue with Tiny Rubberband which sounds exactly what you’d expect from both of these artists. 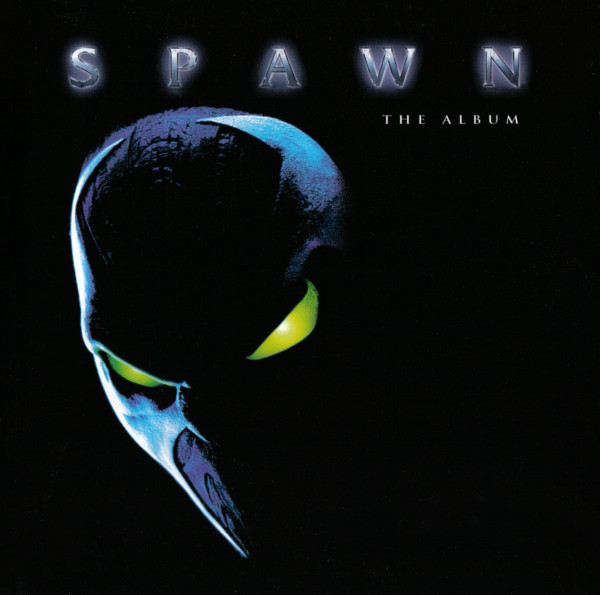 The Metallica and DJ Spooky For Whom the Bell Tolls (The Irony of It All Haven’t Heard It Yet Mix ) is just a remix from DJ Spooky of the famous Metallica single and he does a good job to make the metal track work as I often feel these type of metal/electronic remixes never sound that good but then again I’ve never been a big Metallica fan. We get another Remix with Torn Apart by Stabbing Westward & Josh Wink and this time a remix could’ve benefited the song but this one doesn’t quite do it. Skin Up Pin Up Paul Draper by Mansun and Remixed by 808 State coasts along the others.

We finally get back into some original tracks with One Man Army by Prodigy and Tom Morello and it’s also what you’d expect a collaboration from these two would make. Daniel Johns by Silverchair and Vitro is a somewhat original track yet remix in an appropriately titled track. T-4 Strain by Henry Rollins and Goldie and Incubus & D.J. Greyboy Familiar are good b-sides from their respective artists. While Atari Teenage Riot & Slayer give us No Remorse (I Wanna Die) which thrash isn’t my thing but this collaboration made it tolerable for me. 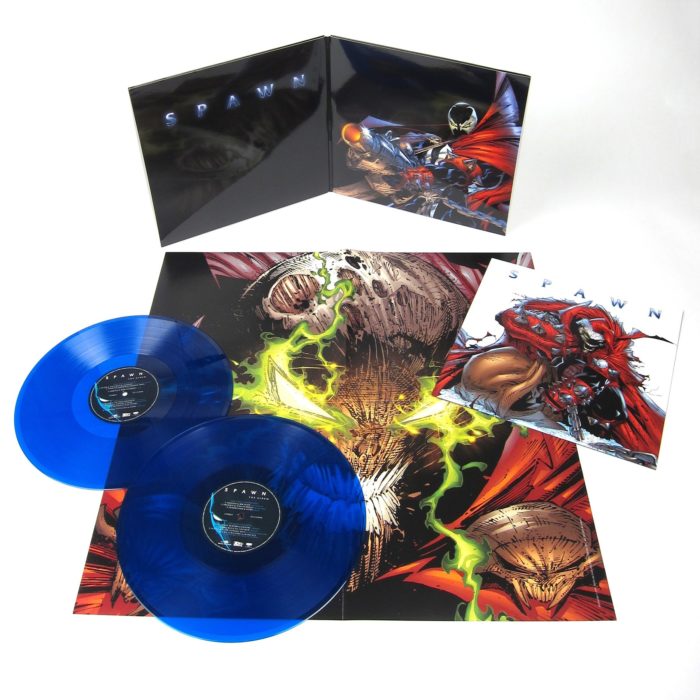 Soul Coughing and Roni Size finish the soundtrack with A Plane Scraped Its Belly on a Sooty Yellow Moon and it’s alright but a bad end to the otherwise neat little album. We only have This Is Not A Dream (The UK “Mix”) which was a bonus track left and this is a much better end. Out of all of the songs I can say most of them somewhat fit the theme of Spawn even if you have to reach for a few of them because of the fact that a simple kill or dead reference in the lyrics automatically makes it fitting. The Album did get a kick ass 20th anniversary Vinyl pack so I’m glad to know I’m not the only one who remembers this album.