Power Rangers Zeo were the most powerful

Before Zeo even began they aired some shorts leading up to the premier which is called “the Zeo Serial” which all the short together make another “episode” and it’s cool; This never aired where I lived but it would’ve gotten me super excited in fact as a kid I probably thought Power Rangers was cancelled as it got taken off the air after Season 3. I did find out about the other seasons not long after and even got to see a little of Zeo and Power Rangers Turbo but for the most part the franchise was dead in my area. Dragon Ball and Video Games kept me from being too sad about it though and I moved on. The Zeo serial works fine I don’t know why the fandom mentions that it’s non-canon because of A Zeo beginning, it can still fit, I mean what’s Power Rangers without a few retcons?

I got to see Zeo a little bit in the “Best of Power Rangers” on Disney when I got back to the franchise with SPD. Of course, they skipped a bunch of episodes, but I remember loving it and how epic it felt. The first few episodes are really lackluster; The machine empire had this huge opening act but after that it’s become generic monster of the day plots more akin to the first season of MMPR. The problem is none of the heroes/villains are as interesting as the first seasons’ which makes the episodes a lot blander. Season 3 and and even Season 2 of MMPR had a lot of story arcs so it made them go “faster” even if things weren’t amazing at least things were changing constantly but not in Zeo. Rocky/Adam are indeed a little more likable than in MMPR. Tanya on the other hand makes no sense, she has generic plots instead of focusing that she’s in a different country/different time.. It’s also a bit ridiculous to see the Rangers still in High School and I wish that had been avoided and people wouldn’t have questioned it but I guess now they’re supposed to be freshmen in Season 1 of Mighty Morphin’? The cast just looks too old for that, especially at that point, they looked like Seniors maybe Juniors in the first season. 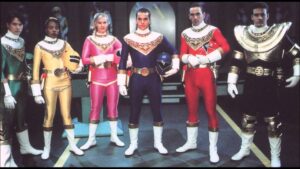 Kim breaking up with Tommy deserved a three parter? wow! What’s weird is their relationship wasn’t even that developed outside of like 3 kisses in all three seasons together. There was hardly much affection besides “good friends” or “they like each other” they never really showed signs of being in a relationship outside of very few episodes. But they bring Kat who’ll replace Kimberly and even make a plot about how she’ll steal Tommy away from Kimberly; A relationship all fans love and then barely a season later Tommy is now with Kat? They really played up the relationship in that 3 parter. I used to hate that Tommy ended up with Kat but now it’s kind of fine with me even if I do prefer the Kim ship but we know the canon ship will always be Kat as they are seen together as old with a son who’s a Power Ranger. Hilarious how Heather, the girl featured as a love interest in the 3 parter, is used by both Tommy and Kat, the life of a rebound! ouch.. I feel bad for her but man on man were the rangers the bad guys here and she was the victim, best episodes in the season for that reason alone. 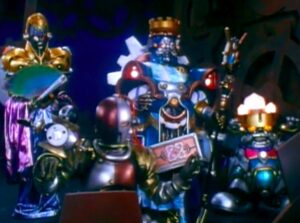 Tommy looks bored in a lot of episodes and almost phoning it in but it’s nice seeing him as the Red Ranger. The Zeo suits I used to hate for a long time but they grew on me and now they’re some of my favorites. The last few episodes are definitely better, though bringing back King Mondo, the big bad, after destroying him was dumb; As was having his son not die after being defeated by the rangers. I guess at this point they were still in the “villains can’t die” writing mode.

It was really weird having Jason back because as awesome as he is the chemistry of the cast was gone and he felt in a place where he didn’t belong. Poor Tanya the actress seemed decent but her origin and plots she was given make her a terrible ranger like mentioned earlier. The first team up was awesome, I’m so sad that they were done away with and we don’t have them anymore, it really made seasons feel a little more special and the franchise in general. Billy’s farewell was really odd, it already seemed they wanted to get rid of him for a while by having very few roles for him and in general how he was treated in Zeo. The aging thing was a perfect way to have him go but man they botched up big time the final farewell, they should’ve kept it quick instead of the “Oh I’m in love now and staying” and “He’s so happy he can barely speak”, wow! what a line.. Better dialog or just don’t pay so much attention to it would’ve been better. Weird how Zeo got this super set up to transition and a lot of continuity but for Turbo they just didn’t care to explain anything from the previous season. 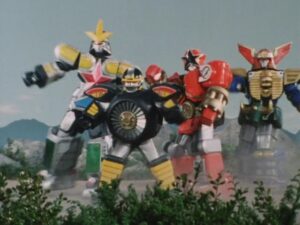 Overall it’s a decent season and a nice way to end the Mighty Morhphin’ saga. I’m sure the lack of dinosaur suits already alienated a lot of people. There is more of a finale for Zeo as Zedd and Rita finish up the season by taking control of the moon again but that was concluded in a fan-canon-hoax Scorpion Rain which I’ll take a look at on another day. 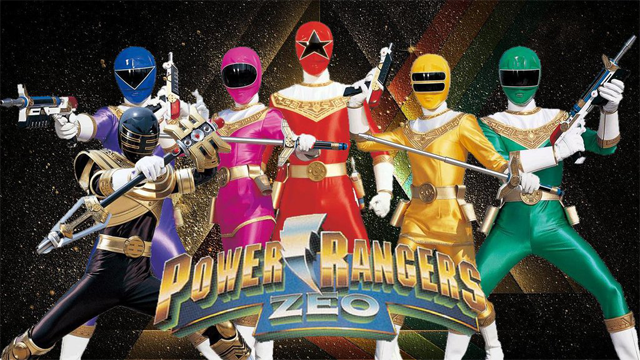 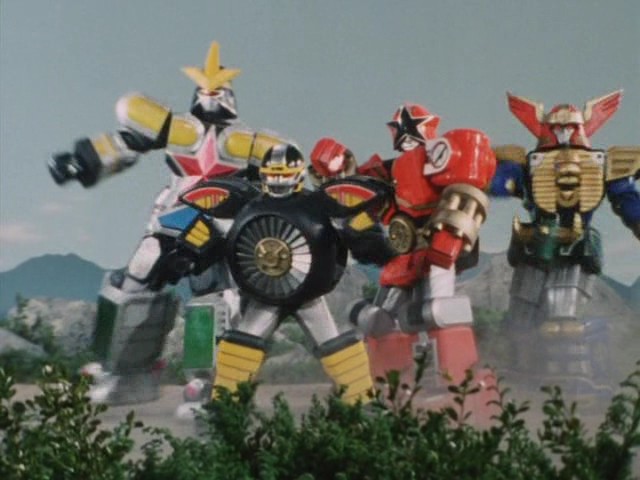 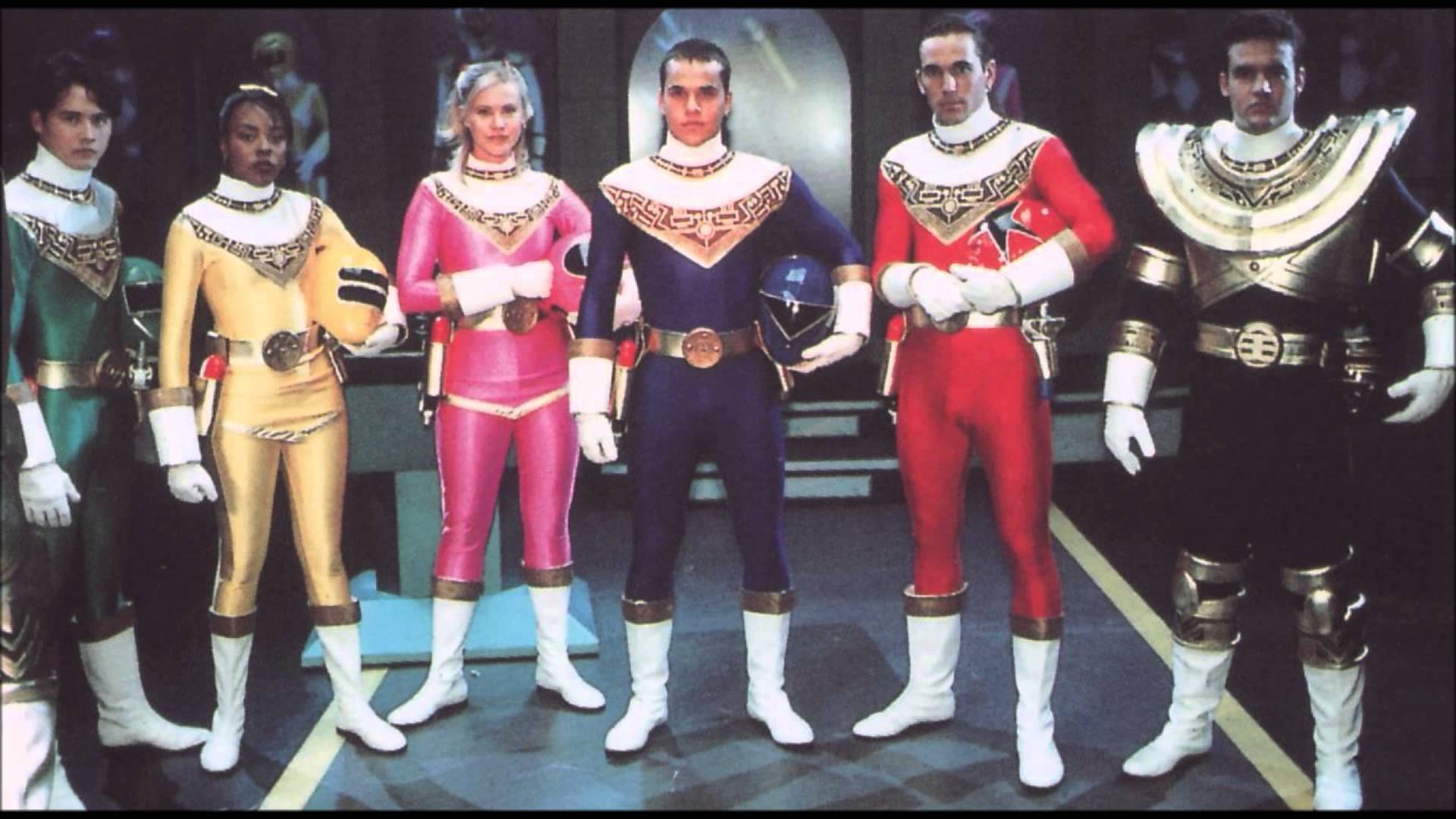 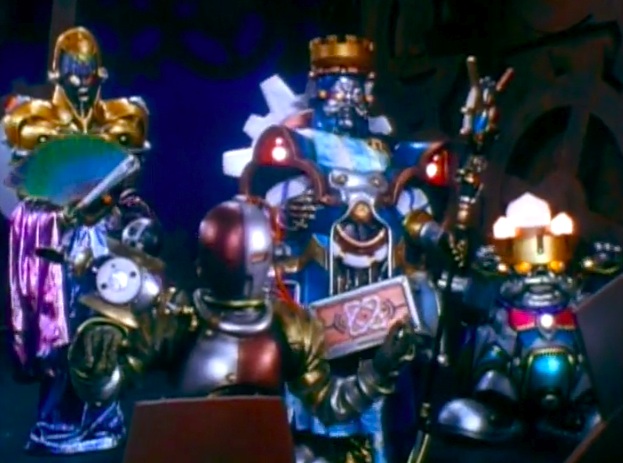