We previously looked at the first two seasons of Mighty Morphin’ Power Rangers so let’s finish it off with the final season of MMPR.

The season begins with A friend in Need which served as a spin-off for the show Masked Rider which I talked about in this article on forgotten franchises. And then it begins with how they got their Ninja powers in a 4-parter and wow it’s terrible but I’ll talk about it a little more in a future article along with Mighty Morphin’ Power Rangers the movie. 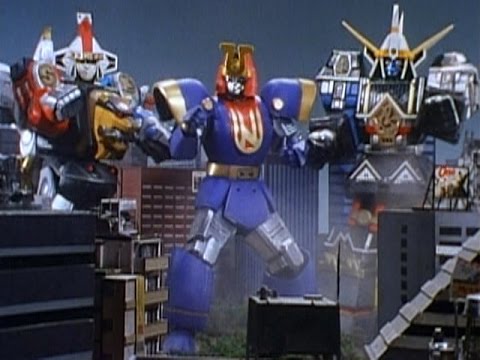 Season 3 is not great and also a step down from S2 which was already a step down from S1. The core formula just doesn’t work with the changes but at least S2 still retained somewhat of the S1 DNA but here you have Ninja Powers which make no sense that they still have the Dinosaur suits; I remember even thinking about this as a kid, even if not really used much in S2 at least the dinosaurs transformed into other mythological beings so it was easier to overlook that in fact even in Season 2 as a kid I wanted one episode where they didn’t transform into Thunderzords but here none of that is there. The lack of sentai footage hurts the show as it also hurt S2 but it especially hurts this one as the suit fights aren’t that good and even the calling of the zords feels “slow” and without energy when compared to the original and thunder zords that used the Japanese footage. 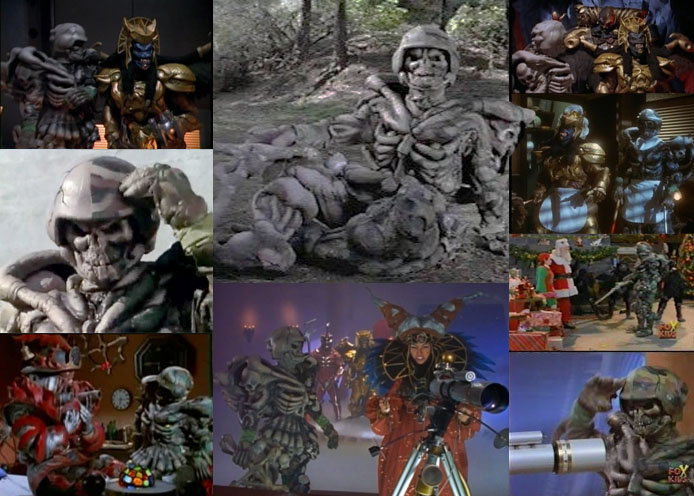 The ninja suits are also not cool since they pretty much got rid of the civilian fights not to mention with them covering the whole face unlike the movie which covered part just looks odd and KKK looking suits. I’m guessing it was done so they could have stunt doubles but man are those suits ugly. I’ve kind of grown to them but I don’t even know why. I do like the villains of Season 3 as Rito Revolto added a fun element and Master Bile spiced things up; Bulk and Skull keep making the show a worthwhile and are indeed a huge part of the franchise’s early years.

This season is indeed weird, it’s boring and this isn’t the power rangers show I used to love but at the same time it’s also neat since things are constantly changing so even if some ideas aren’t that great they are replaced rather quickly and evolving over the course of the season so you’re never stuck with something bad for long. This season in particular was very serialized and it’s really connected to Power Rangers Zeo making a nice transition. I like Kat piloting with Tommy as she is the new ranger but now that I mentioned her…why they chose her is really odd and what a weird decision to replace Kimberly. She had so many episodes to establish her and yet she’s as bland as the other replacements. Why not use the sword of light to transfer the powers? IT would’ve helped smooth out things out why it was used before and done better. The whole line of Kimberly of “No I”m staying as a PR. Oh ok you convinced me good thing I told Kat and Alpha just in case you did” less than a minute later was a rather odd comment and didn’t go on very well. 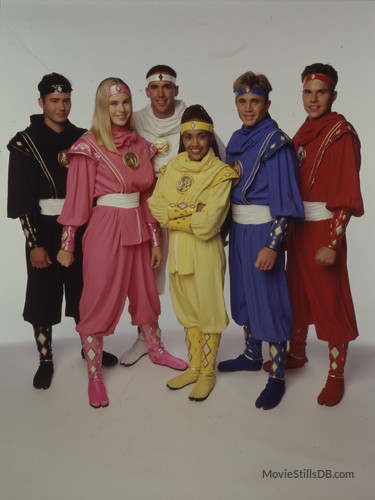 There aren’t many character episodes anymore, I guess this is why we never really bonded with the new cast as kids, the old cast had the benefit of having the previous seasons but that’s the nature of making it more serialized. The metallic armor is ridiculous yet awesome, I wish that had been brought back in another season, I remember as a kid I thought the metallic armor would be the movie armor and was mad that it was only glitter but that glitter is so awesome now.

I still loved power rangers when S3 aired as a kid but I guess the popularity had waned by then. I stil loved it as a kid even if I wasn’t a fan of many of their decisions. The ninja stuff does make it lose it’s appeal, like I said it doesn’t feel like the original show so maybe that’s why it wasn’t as popular even if it was only 3 years in. It also feels like a transition season for us to get used to the rangers not having anything to do with Dinosaurs with the constant changes to better guide us into “Zeo” which would give us a more “yearly theme” sentai format that is different every year. As a kid though I was also really mad that they were slowly making the dinosaurs obsolete, in hindsight they should’ve broken from it since S2 even if it was a big risk, I think if they’d done that it would’ve definitely alienated fans at the time the fad was at it’s peak but it would’ve also helped in the long run Power Rangers keep fans instead of losing so many of them after the fad died. Short term vs long term profits basically.

Other random comments. Ninjor and the rangers escalated the battles on more than one occasion. Rita and Zedd repeated many plots to attack the rangers, did the writers not have a “we already used ____ as a plot”? Part of Season 3 includes the Mighty Morphin Alien Rangers mini-series but that’ll be posted soon.