Jurassic World Short films to go beyond the Park

Between the release of Jurassic World Fallen Kingdom and Dominion we got two short films, both directed by Colin Trevorrow, both released for different reasons not entirely planned to be made, but for various circumstances they ended up happening. They are both great in their own way and shows that official short films in the Jurassic Park universe are a thing that works and we should get more of. 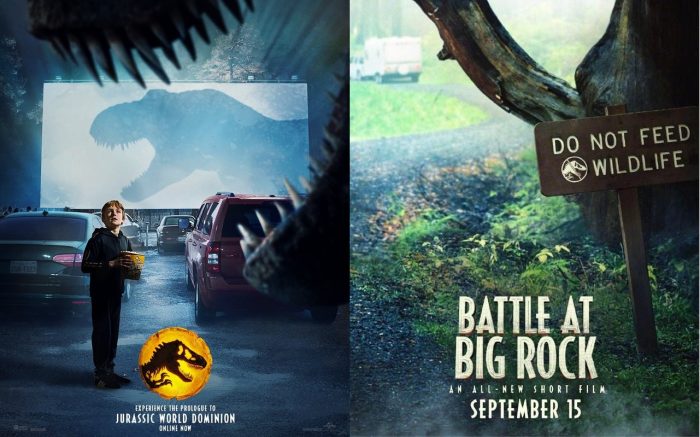 The first one we got takes place one year after fallen kingdom, so dinosaurs are out in the world but at least they don’t seem to be very common. We get a mention of how the first dinosaur born on U.S soil, or at least the one that they think is the first one given what Dr. Ian Malcolm told us. 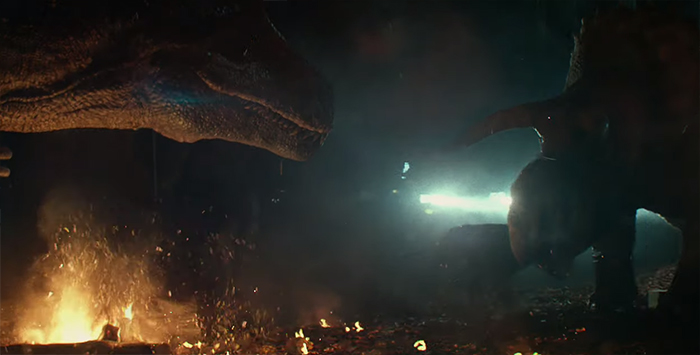 Now for the story to make sense I have to think that dinosaur attacks happen but they aren’t very common. He story is a bit on the comedic side which is weird. Things feel weird with how there are dinosaurs in the mainland and it’s ok. And how exactly do the kids recognize what these dinosaurs are? It’s not like they’re easy ones to guess.

The first few parts don’t feel very Jurassic Park but when he action starts it starts to feel more like it. Having no casualties feels rather odd though. It’s nice to hear The Lost World theme in the movie, and amazing soundtrack in general. The ending credits are nice and it does feel like pat of the Fallen Kingdom Outro and a nice prologue to help build up to Dominion. 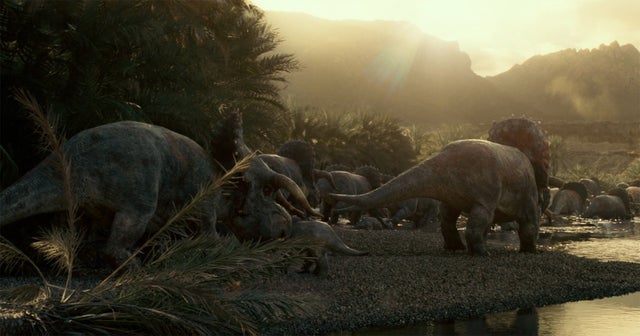 The first part of the short is set in the Cretaceous when dinosaurs did rule the earth, it looks awesome and it’s nice to see the past prehistoric life. It feels like a documentary and even like Disney’s Walking with Dinosaurs CG movies. It does look CG and overall it’s a bit weird since it doesn’t feel very Jurassic even if it’s neat.

Having no dialog really sets the mood and we quickly get some action with the Gigantosaurus which mimics the Spinosaurus fight. I wonder why people didn’t get as angry at this but oh well the whole set up for the rivalry for Dominion is a bit silly but It’s better not to think too much of it. The present day at the drive in cinema makes no sense, how does a T-Rex just roam wherever it wants being so large? And no casualties with so many easy prey around?

Overall both shorts work since they are indeed shorts, they help complement Jurassic World’s trilogy. I would love to see more Jurassic Park short films and see where different directors take the ideas.