It was 1999 when Nintendo announced the Game Boy Advance but I don’t remember much about it until the reveal at Space World 2000 where they showed this futuristic looking system that looked brand new and exciting. It was basically like an imac with fun colors but still silver and classy. It was now going to be an horizontal system instead of a vertical one and it just seemed more grown up. In the bit wars era it was very important to classify things as bits so the system being 32 bits seemed like crazy, that was the same as a Playstation. The GBA games looked like Super Nintendo games but I knew it had to be more powerful because of the bits, and even if just a portable SNES, it blew my mind that I’d be able to play Street Fighter II on the school bus when compared to the NES games of the Game Boy Color. 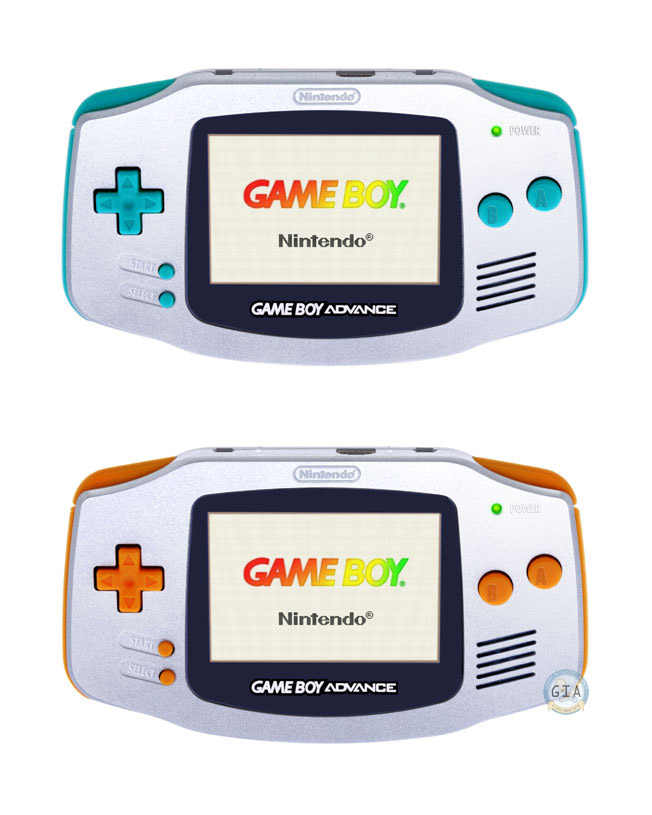 The handheld console launched until June 2001 but while it was not too long ago from the GBC, to me it felt like the wait had been enough and I was ready for a new portable system. I had my money saved up to get it and I was disappointed we only had purple and see through purple for the final launch colors after the electric Rave like prototype colors The demos of games like Yoshi’s Story a Nintendo 64 game blew me away and Mario Kart Advance looked way better than Super Mario Kart on the SNES, I was excited. A bit confused by the overabundance of SNES games since this was clearly going to be almost as powerful as a PS1. I was also disappointed by the launch, if we had already gotten Super Mario All-Stars why did the GBA only have Super Mario Bros 2 remake to launch the system? 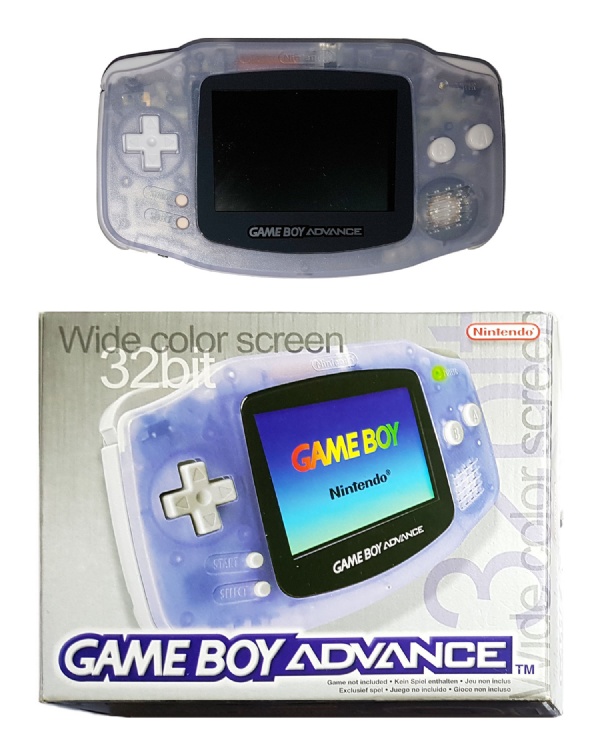 I still got the game and also Tony Hawk Pro Skater 2 and it was a great pair of games to get, along it I also got a wormlight for the GBA and the GBA link cable. That link cable looked amazing since you could link up to 4 GBAs at once, something I was only able to do once, but hey at least I did my part by having the link cable. The polygons of THPS2 on the gameboy advance impressed me since I knew one day I’d be able to play some other polygonal games on it and that they were just doing SNES games for the moment to test the system out. I didn’t mind so many SNES games but I was more impressed by the original games, titles like Castlevania Circle of the Moon, Advance Wars and Pokemon Ruby and Sapphire were all on my watchlist. 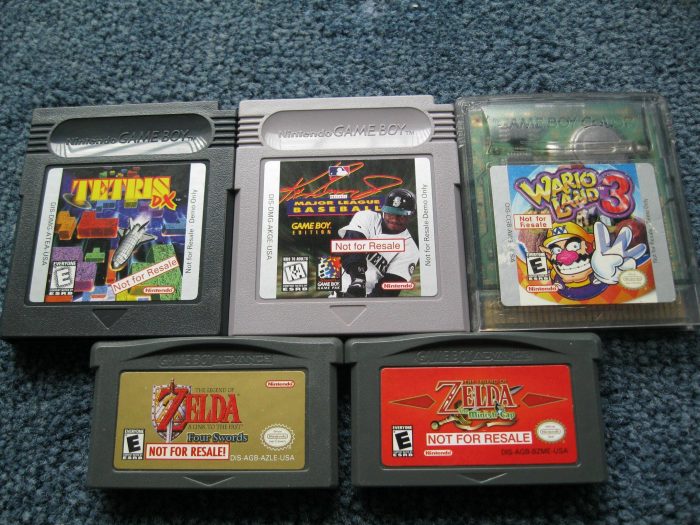 The size of the cartridges also impressed me since they were so much smaller but held much bigger games on them. The games I would buy for it were just cool and I spent a lot of time on many of them. I also loved the backwards comparability on them. Many games like the Zelda Oracle series, Shantae among others had special features when played on the GBA. It was just cool to have all the games from my childhood still playable on the game boy advance. I did always hate that the GBA being a portable SNES did not have 4 buttons and it boggles my mind to this day why Nintendo opted for this besides the “simplicity” angle it just dated the system for many genres of games. The Left and right triggers were great and you could see that from the day I first played the GBA at a kiosk before the launch and you could try out F-Zero. 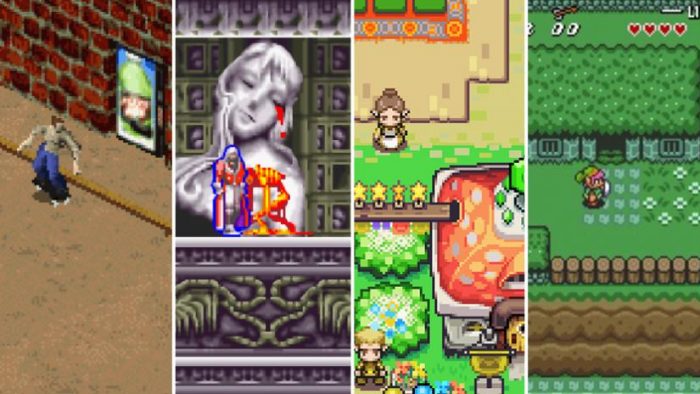 Sadly it was around this time that I started to stop playing video games, I was growing up and I had other stuff that interested me in school, not to mention that I felt like I had to outgrow games. I still bought games as they released and played some of them for quite a while but my attention had moved to consoles a bit more again and eventually stopped buying GBA games for a while. I did get a renewal interest on the GBA when the revisions of that came along with the Gameboy SP and the GBA Micro which was a good thing since there was still much more to show. 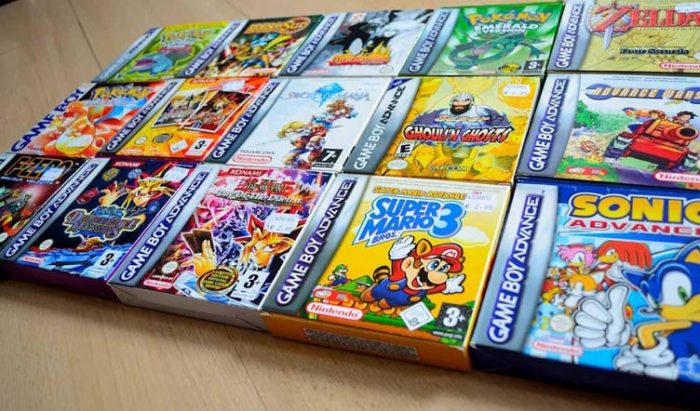 The games were all over the place and as I mentioned while I thought the SNES ports were cool I was always more interested in the newer games. We were still seeing tons of Pokemon clones with games having different versions. We also got a ton of RPGs released on the system. And nothing better than the first Sonic game released by Sega on a Nintendo platform with Sonic Advance. I played that game so much finally realizing a dream I’d had since I was a kid. Games like Doom impressed me as to what the system could do and so did new franchises like Golden Sun. 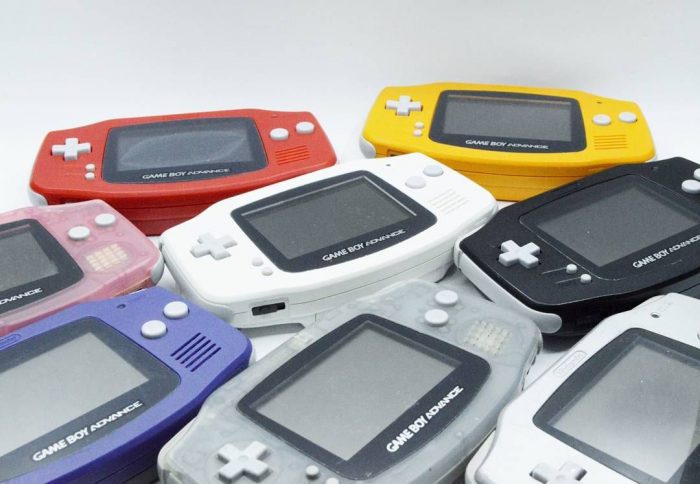 Overall the GBA was an amazing system that released plenty of games in such a short time that it really lived a short but fast life full of adventure. The horizontal model sadly didn’t get as many colors or special editions as the GBA SP would get but it was easily my preferred model to play games on since it looked nicer and felt great in the hands. The gameboy advance did a the perfect job in maintaining the standards that the Game Boy brand had, being the only successor in name to the Game Boy brand at least.