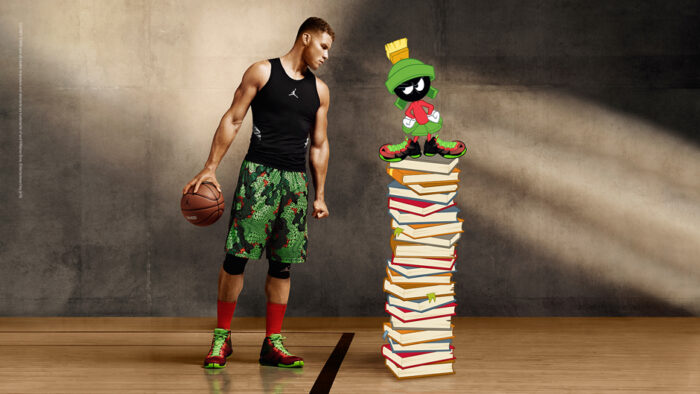 It’s the 20th anniversary of Space Jam and we’ve gotten tons of stuff from re-releases of Air Jordan’s, the movie in theaters again and now even a new commercial featuring the Monstars.

While we’ve been getting rumors for a sequel this is sort of a sequel to the original Space Jam in commercial form after all the original movie was also inspired by various Michael Jordan commercials= where he interacted with the Looney Tunes characters like Bugs Bunny, also dealing with Marvin the Martian and

And the original Superbowl commercial that inspired the movie:
https://www.youtube.com/watch?v=38t0V8W8Jzc

McDonalds even provided some interquels in commercial form

Do we really need a sequel? I don’t think so but I’ll be the first in line if it ever happened even if I’m not really a fan of Basket Ball or Looney Tunes.. So do you believe you can fly?