A quick video for this week as I’m very busy but I decided to find some French TV commercials from the mid to late 90s and well while I have no nostalgia for these commercials they still have that 90s vibe. It’s interesting to try to understand what they’re trying to sell as they speak quickly to make the most out of their time in many of them.

A man running and doing parkour all over the world to sell some Pirelli tires. A small commercial for a Keanu Reeves movie called Speed on VHS. Dance 96 which is a cd similar to Now That’s what I call Music! ncludes some of the best hit songs from France and oh my, this is gold. A nice song about Toyota cars with lyrics so you can follow along and practice. Nestle Crunch chocolate in a weird tv surfing commercial. Dorothee cd who I’m guessing was a popular singer and this is a compilation CD. An Oddworld Abe’s Odyssey commercial. M&M’s CG peanuts in a badly dubbed commercial. World’s Apart CD commercial which is some type of French boy band. Another car commercial for Citroen Xantia and some frogs almost getting run over. An awesomely weird man in a bunny suit commercial that promotes some type of mint called kiss cool. Fun radio presents Dance 99 which is the 1999 version of the previous CD disc from Sony Music in France. A commercial for Driver on the Playstation. SKO which is some rap/hip-hop group big in France at that time. A rather nifty chocolae commercial for Milka which looks delicious. Dance 2000 from Fun Radio with the latest hits of that year. 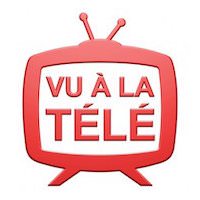