The forgotten Prehysteria! Trilogy of the 90s are odd dinosaur movies

PreHysteria! Trilogy
Vague memories of seeing clips of this movie and the VHS covers as a kid but never really got to watch Prehysteria, I was surprised when I stumbled upon this movie again and even more when I saw that it became a trilogy. Finally checking it out, can’t say I wanted to see it too much as a kid but let’s see if there’s any redeeming values.

Prehysteria! 1993
The first movie is rather light on dinosaur hijinx, we see how Rico Sarno, a museum curator finds dinosaur eggs in South America only to lose the cooler where he had them to a business partner named Frank Taylor who lives in a farm. His kids discover the eggs and see them hatch and try to hide them as the dinosaurs do their thing and a love interest appears since wife is dead. The effects of the dinosaurs are not too bad all things considered but definitely stop motion. The sister Monica is a typical teenager, the love interest Vicky is the super sweet girl and Jerry is the kid you’re supposed to relate to. The dinosaurs have cute names like Elvis, Paula, Jagger, Hammer and Madonna. Overall it’s a standard early 90s kids movie without much going for it, it definitely needed a better story and more dinosaur comedy through out it.

Prehysteria! 2 1994
Second movie is not much better except for the fact that you get dinosaur action from the beginning. This time you have a new character Mr. Cranston who is taking care of the Dinosaurs while the Taylor’s are away and he loses them. The dinosaurs find their way to a new house with a kid of a rich family named Brendan and they’re also found by a poor girl named Naomi and they both claim to be the owners of the dinosaurs. This time it’s more about hiding the dinosaurs from Miss Winters, the lady in charge of taking care of Brendan since his dad is always out at work and there’s no one else to take care of him. In true little kids movie fashion everything has a happy ending and Mr. Cranston recuperates the dinosaurs.

Prehysteria! 3 1995
That must be a big vacation the Taylor’s are having because they’re still gone and being taken care of by Mr. Cranston who also happens to lose them yet again. At the very least he gets the honor of being the only recurring character besides the dinosaurs. The MacGregor family has a mini-putt golf course that’s struggling to stay afloat but the daughter Ella loves golf as well as Irish culture and does her effort to remodel the golf course to be dinosaur themed where the dinosaurs help and we do get more dinosaur action this time. The evil uncle wants them to lose the property being the antagonist of the film but is unsuccessful. 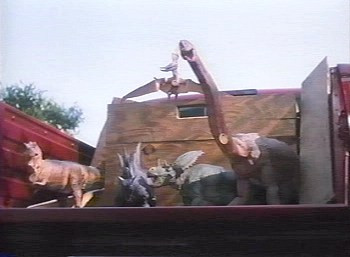 Crazy how these movies came out 1 year after the previous and by this third film I got hang of the changing different families and their problems in every movie. The dinosaurs don’t get enough spotlight for each to have their own personality but we do know they are conscious, understand the world around them and like to help people in trouble which makes no sense but they’re not often portrayed as random animals, usually they know what they’re doing. 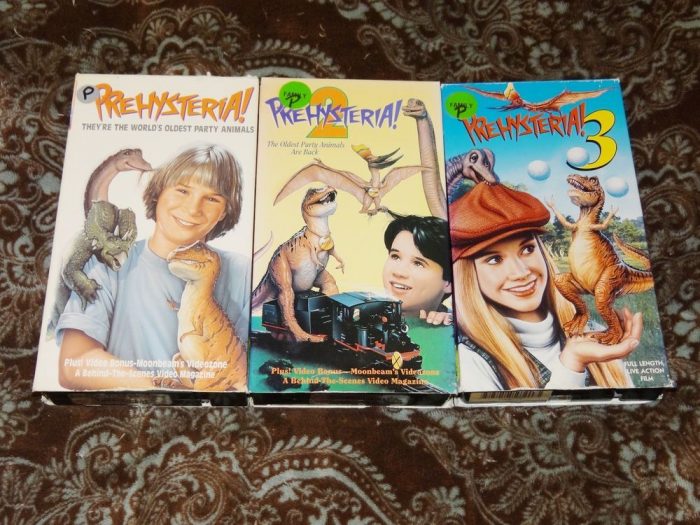 Called Jurassic Kids in some countries, overall the movies don’t have many redeeming features, if you were a kid back then you might’ve been able to overlook the flaws but without much dinosaur action of them doing funny things it relies on the plot and none of the movies have amazing plots. For more dinosaur articles this Jurassic June click here.