Do you remember the first time you saw a dinosaur?
With the end of the Jurassic Park saga with Jurassic World Dominion. Today, we’ll take a look at the memories I have from watching each movie in theaters. This is because part of what makes something special is those specific memories from watching something the first time and being engulfed by the marketing and merchandise around you. These are experiences you can’t relive again no matter how many more pixels your new transfer has. Jurassic Park
As mentioned in the Jurassic Park toy memories; I found out about the movie because of the toys on shelves and I immediately wanted to see it. I went with my figure in hand and loved it. Of course there was plenty of Jurassic Park merchandise everywhere as this was a huge hit movie. I got to watch the movie plenty of times later at theater thanks to those theaters that showed older movies for cheap, and my mother would drop me off there. When the VHS came out, I couldn’t believe I was watching the movie all over again, not to mention the displays were they sold the movie were amazing.

The Lost World: Jurassic Park
I was so excited that we were finally getting a sequel to Jurassic Park, after the trailer the first thing I remember seeing was a guy wearing a Jurassic Park sweater at a restaurant. I had not done well in school that year so my parents were hesitant to take me to the movie theater to watch it but when I eventually did get to I was psyched. There was still plenty of merchandise in stores but it was to a lesser degree in comparison. I didn’t get the VHS until I found it at a used VHS store and I couldn’t believe how cheap it was, got it immediately. 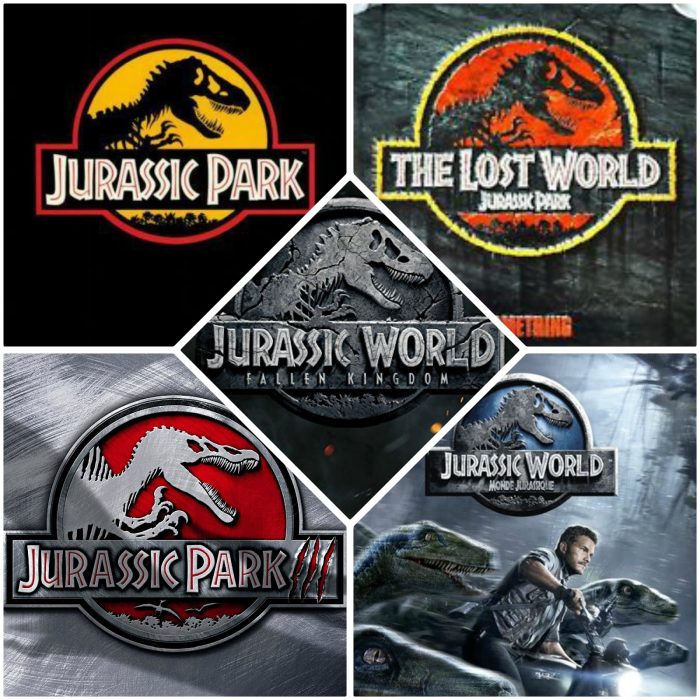 Jurassic Park 3 ///
I was older when this movie came out now being in my early teens, so in a way I felt I had outgrown stuff like this. But one night with my parents we decided to watch this movie in theaters and I felt like a kid again falling in love with Jurassic Park again. The toys and other merchandise didn’t matter as much to me at this time but I remember seeing it in many places. I remember the movie coming out on those big box sets so you could fit the other Jurassic Park movies that had come out including a bonus disc.

Jurassic Park 3D
After the franchise being dead for over a decade, I couldn’t believe that I was going to have the chance to see the movie again in movie theaters. 3D movies were the thing after Avatar came out and I was a fan of the technology and happy to see the movie again in a new format. I went to see it 3 times, one of them bein in 4DX and they were all amazing experiences. 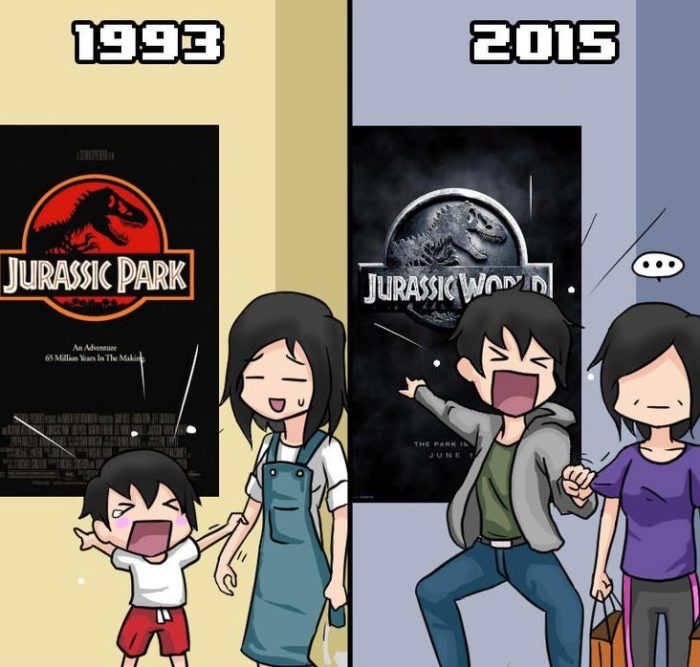 Jurassic World
Finally we were getting a new Jurassic Park movie and I had to go see it. I waited for a later showing on opening day so I could see it with a special someone. Sitting there was an experience and I loved it. I went to watch it once again this time in 4DX to have the full experience. It was great to see merchandise again in stores shelves even if none of it was that great.

Jurassic World Fallen Kingdom
As stated in an article I got to go to the premier of the movie and it was a blast seeing it before anyone else. They gave us t-shirts, food, stickers and a whole lot of energy from other fans that were excited to be at the premier. Seeing the new merchandise for this movie was more exciting as the new licensors knew that the Jurassic franchise was a huge hit again. I did make sure to watch the movie one more time in 4DX to enjoy it in a different way. 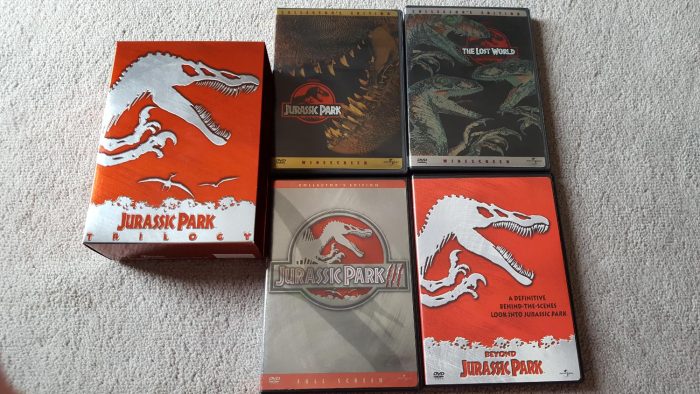 Jurassic World Dominion
I got the news I’d be able to watch this movie 10 days before most people and I was excited, the final movie in the new trilogy. I then get the news that I’d be able to attend the premier which would be a week before, sadly things didn’t plan out and I couldn’t go. I did still get to watch it on June 1st before its release so while I was bummed I didn’t get to go to the premier at least I was able to watch it before the rest of the world. The hype for the movie felt real, bigger than any of the other Jurassic World movies. The marketing really was bigger this time around. and of course got to experience it later in 4DX.

Perhaps this post seemed a better idea in my head than what it came out but at least here I get to share my experiences with each movie as it came out.