The great thing about Saturday Morning cartoons is they would often get the voice actors from their different shows and record original lines for bumpers. They could range from a silly references to crossovers with the other shows. So let’s take a look at some of the crossovers that involved Pokemon and Batman The Animated Series. 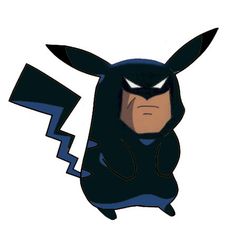 These happened since Pokemon became a huge hit and KidsWB gave us various vignettes their new fad alongside a well known superhero. In one of them we see The Joker and other Batman villains playing Pokemon cards until Ash Ketchum comes and challenges them and another one has Batman sing Jigglypuff’s Lullaby so he can go to bed but there’s a few more check them out below.