Technology is amazing and thanks to it we are able to do things we wouldn’t be able to otherwise, and in the case of A.I. Machine learning we can have computers make old shows and cartoons look better. This isn’t your traditional upscaling but actually intelligent algorithms deciphering the data to provide a sharper and better quality video for example taking an SD below 480p video to 4k or higher. We’ve shown off some of these before but today we’ll take a look at the most iconic opening intro of cartoons and shows of the 90s. Teenage Mutant Ninja Turtles, Mighty Morphin’ Power Rangers and Pokemon make it here today and watch the opening intros of these shows the best they’ve ever been. 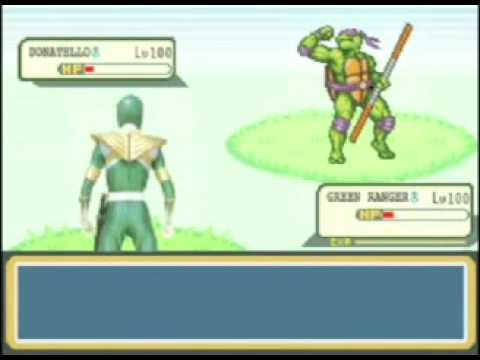 The Pokemon intro looks very clean which is impressive since it’s taking footage from a mid 90s anime and whatever process 4Kids used back then to edit it on tape most likely. It’s the best it’s ever looked and until these AI upscalers improve it’ll be the best it’ll look. The original opening of season 1 is fantastic and iconic, the theme just nails it, there’s a reason it’s so loved and played in the symphonic orchestra Evolutions tour. The actual opening is also great and edited well, wish it had less footage from the show and more original footage of the Japanese opening intro not from actual episodes, unsure why they always do this with Pokemon openings and only use a portion of the original opening footage that is not used anywhere else.


Filmed under a small budget Mighty’ Morphin’ Power Rangers hasn’t had the best quality transfers over the years and even the Zyuranger Super Sentai footage has gotten great remasters over the years that sadly can’t be edited into the actual Power Rangers show. This is where technology comes in to make things better. The opening has never looked better and the characters with such high detail, the American footage and logos all look great while the sentai footage doesn’t but that was always the case so it makes sense. The theme song is classic as is the MMPR show and while just mostly footage from episodes it’s edited well enough with the theme that it is not affected by the lack of original footage. The intro definitely looks better than even the official remaster of Mighty Morphin’ Power Rangers from 2010 revision.

The Ninja Turtles 1987 opening isn’t scaled by modern machine learning and just some generic program and it shows since the quality is rather poor but it’s also one of the best we have so far. But it provides a nice comparison with the previous videos of what can be done and we’ll eventually get a better version of it. The original cartoon of TMNT has an amazing intro with the classic theme song and original animation that is superior to the one in the actual show with far more detail and smoother animation. While the 1987 Teenage Mutant Ninja Turtles show is amazing in its own right, we all wish it were a little more like the intro

Let’s see where the technology goes from here