Can you believe Pokemon is 25 years old this year? if you can’t then maybe you’re not entirely wrong unless you lived in Japan where Pocket Monsters came out on February 1996, but it wasn’t until September 1998 that it really became a thing with Pokemania, so nearly 3 years later so not quite 25 years just yet for most people. I first noticed this during the 15th anniversary celebration that I was a part of the staff and it didn’t feel like 15 years because it wasn’t. And while we all have great memories of listening to the Pokemon soundtrack in the late 90s, let’s take a look at the video that The Pokemon Company made for us. 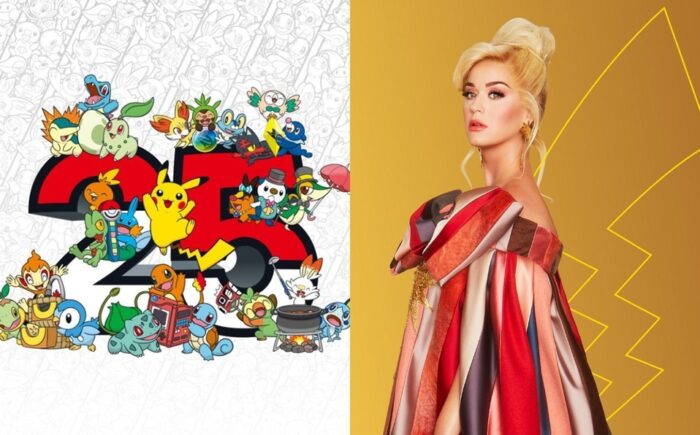 We get a Rube Goldberg machine that hits all the nostalgia cords it needs to beginning with an original Game Boy in a battle with the first generation of Pokemon games. We see tons of Pokemon merchandise from plush toys, to figurines, toys, etc. The Pokemon Trading Card Game even makes quite a few experiences as a ball travels through a Pokeworld type of setting. The music is very much Pokemon and it feels great to follow the pokeball through out the video.

Besides the cool Pokemon merch I can’t say there are too many easter eggs, sure you’ll see a video of the Pokemon Anime and a Nintendo DS some colored Gameboy cartridges but i wouldn’t call those obscure references. But that’s ok, it was still well put together like the Pokemon 20 video train on superbowl commercial. My favorite part in the whole video is the razor leaf attack by Ivysaur to Pikachu. It’s cool Katy Perry will be a part of the celebration but I doubt it’ll be able to match the music star power that the Pokemon 2000 movie Soundtrack had.

And the first few minutes of the Pokemon Presents is a better representation of Pokemon 25th anniversary going over a few of the gimmicks and releases the franchise has gone through with hashtags. I think there’s enough Pokemon stuff that came out to not have to repeat hashtags but it’s still a good video to check out and better than the first Pokemon 25 video.