It seems like Warner Bros didn’t know what to do with Scooby-Doo’s 2002 live action movie, first opting for a more adult version done by James Gunn only to get cold feet and switching to a more kid friendly version. The soundtrack seems to have already been done around the time when they still weren’t sure and well they did try to go for both audiences. Unlike other movie soundtracks this one seems like they did go all out in getting artists they could to make a memorable soundtrack with original tracks. 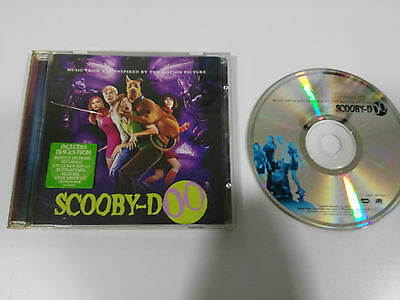 “Lil’ Romeo’s B House” Lil’ Romeo and Master P also gives us some scooby inspired lyrics with Brick house by the commodores on the background that almost equal his height in cartoon popularity than his song and appearance in Static Shock, I mean he uses puppy power i his lyrics. “Thinking about you” by Solange Knowles and Murphy Lee mostly add their own version to the original theme even if not the most logical, they tried. Again you could tell they knew they had something with this commercial for the movie, they might’ve had more fate on the soundrack.

Sugar Ray does stink up the soundtrack with “Words to Me but I guess they were in the movie so they deserved a spot, “Freaks Come Out at Night” by X-Factor fan Uncle Kracker and Busta Rhymes sings about freaks at night so I guess it fits the soundtrack even if a bit disappointing. But we go back to a winning track with “Bump in the Night” by allSTARS*”, unsure of who they are but they gave their hearts to the CG Scooby movie and my girl Kylie Minogue with “Whenever You Feel Like It” just kinda brings a random song to the soundtrack but we’ll let it slide since it’s Kylie. 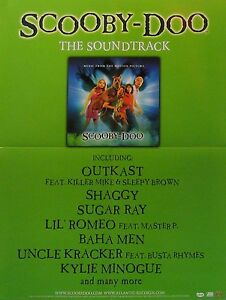 “It’s a Mystery” Little-T and One Track Mike is about Shaggy’s love interest Mary Jane in the movie and how it’s a mystery, heh, they tried being clever so I give them props. Scooby D lyrics – Baha Men go a little heavier on the Doo references but not a great song. Man With The Hex lyrics – by The Atomic Fireballs is original and fits the movie so I think they did a great job unlike say Grow Up by Simple Plan which is not awful but whatever not logical here. We then finish off with Scooby-Doo, Where Are You? by MxPx which is only a rock cover and not the greatest one at that and Mystery Inc. lyrics by David Newman is only an instrumental track that is a nice way to end the album with some OST from the movie. 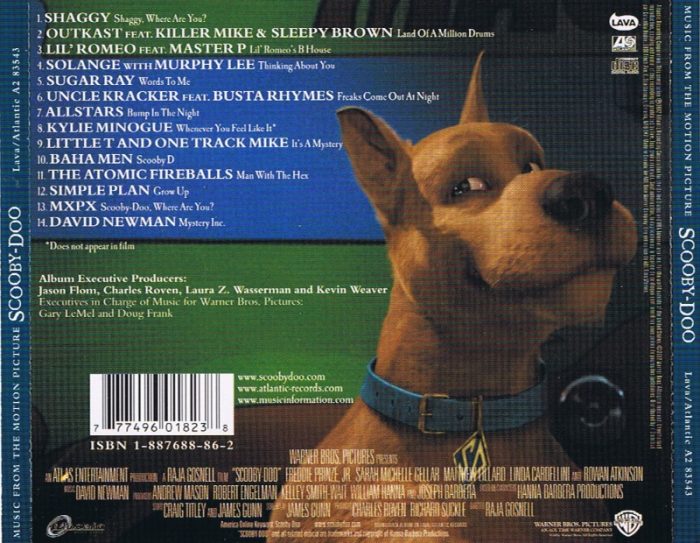 Deserving or undeserving depending on your point of view, Scooby-Doo got the full treatment for his movie soundtrack and well it’s flipping amazing and glad it exists, not even the Pokemon movie soundtrack was this lucky.