It seemed surreal when the Nintendo 3DS was announced at E3 2010, we had already gotten rumors of a stereoscopic 3D system by Nintendo with tons of crazy ideas from fans. Leading up to the reveal we get the Nintendo approved Booth Babes walk out with a 3DS strapped to them so that everyone in the conference could experience the 3D since any type of presentation couldn’t convey the 3D effect. The original Nintendo DS had already been out for 6 years at this point so people wanted something new, the 3D fad in movies and TVs had already started to wane a bit, but to have a 3D experience without glasses was not something anyone expected. People kept trying to point out the previous 3D handheld the Virtual Boy which failed, but in this case Nintendo delivered. 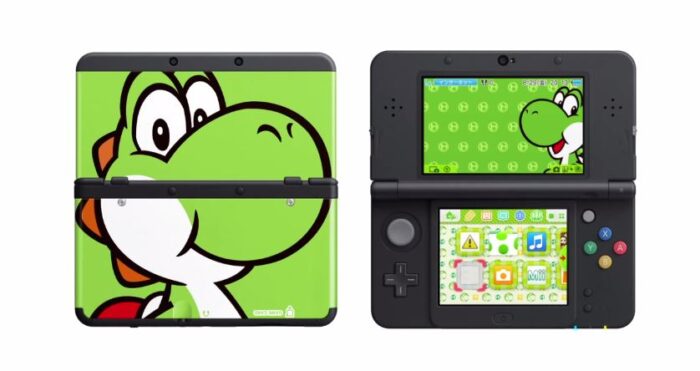 While looking like a more modern Nintendo DS, the idea of having Gamecube quality graphics on a handheld was just impossible to think despite the PSP already existing, the shaders made the games look better than certain Wii games which was the current console for Nintendo. The tech came at a high price, it wasn’t just the specs bump that it came out with but the 3D tech that made the price be quite high. A bit too high and at the time I wasn’t able to get it since I had little disposable income. It wasn’t just me who wasn’t able to get it and Nintendo noticed that it was lagging in sales not only to the Nintendo DS and Game Boys before it but also to consoles in general and it got a price cut, with this price cut I was finally able to afford it and got it. Those who paid the full price became part of the ambassador program which was nice on their part, and nicer for me since I was able to get the Nintendo 3DS at the lower price while still qualifying for the time limit of the Ambassador program which gave me 10 NES games and 10 GBA games. 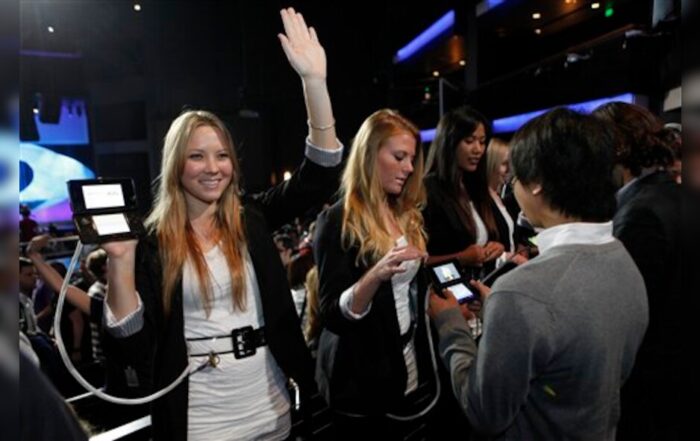 It launched with PilotWings Resort and Star Fox 64 3D, but for me, the only game I really had was Pokemon White that came out around the same time and was for the original 3D. I didn’t care, the blue color while kiddy was just awesome to look at, the slider felt nice and overall despite not being revolutionary in design I still loved it. The apps that it came out with where definitely fun, street pass, the AR card, 3D camera all helped you have some fun with 3D despite not owning any games. Same that you could actually download demos now on the eshop. Some of the first things I got were some DSiware hat I couldn’t since I didn’t own a Nintendo DSi and with the ambassador games and Nintendo DS library I was busy for quite a time with my own titles. But quickly enough I started getting 3DS games games and plenty of them and pretty much everything I got digital, originally I only meant to buy digitally games I knew I always wanted to take with me but eventually it became that every game I got was digitally. 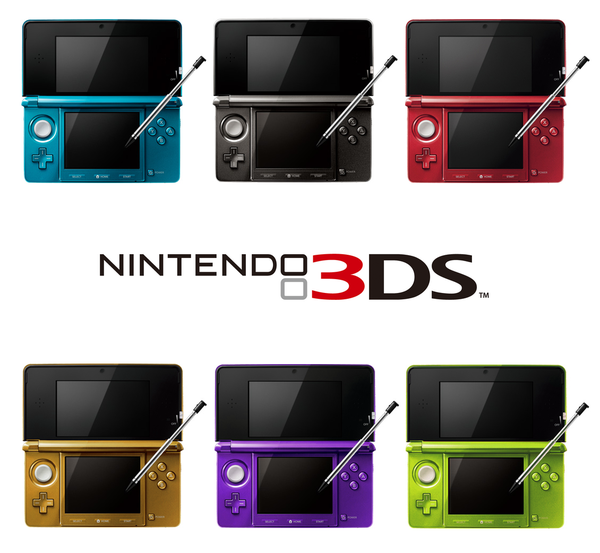 I certainly regret going all digital with Nintendo but that’s another topic, much later in the later lifespan of the 3DS I would buy physical games. Finally experiencing what felt like a new Animal Crossing, the first 3D Pokemon game or even launch games like Star Fox 64 3D were all great experiences. I built a rather impressive library rather quickly and even now I have more games than I’ll ever have time for. It felt weird to get complete experiences out of stuff like Mario Kart 7 and even Smash Bros for 3DS. Tons of quirky games from third parties as well, while not as abundant as the original NDS, there were still plenty of them with demos to test them out on. Who can forget the meet up of the two iconic heroes from Nintendo’s previous handheld with Professor Layton and Phoenix Wright. I was surprised by how Nintendo stuck to the 3DS for years releasing games even when most had moved on to the Nintendo Switch. 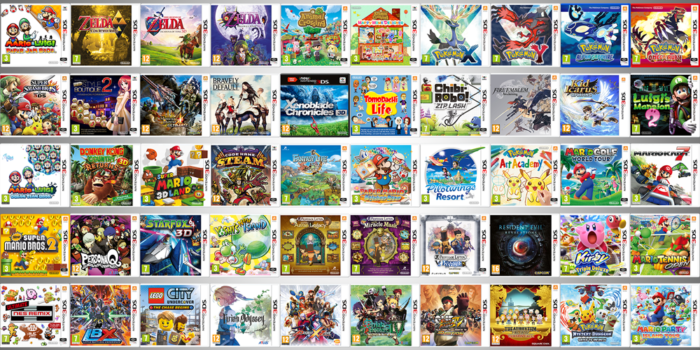 I really loved the more traditional 2D and sprite based 3D experiences that the system offered with the 3D Classics line, which sadly came to an end rather shortly but would’ve loved to have seen more of those. At least others like Sega took a shot at it with great results as well. We did get a traditional Virtual Console with NES, Gameboy and Game Boy Color games. It was fantastic to get to experience those games on the 3DS and while I didn’t get any SNES VC games, knowing it was an option was just amazing. It was a shame that Game Boy Advance never came outside of those ambassador games and also the Virtual Boy was never added since this was the perfect console to get 3D in them. 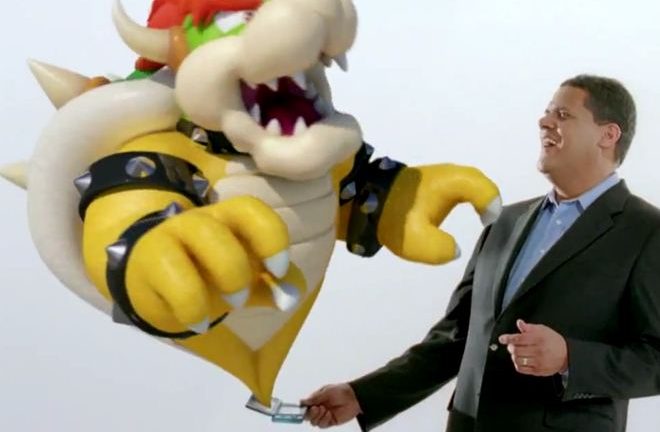 As far as the 3D, most people played with the 3D turned off or even the 3D slider way down, but for me the more third dimension I could get the better and cranked that Z-axis as much as I could. It really was my preferred way to play games unless because of angles I wouldn’t get great 3D. Most games just play better in 3D and despite being playable in 2D, it’s not going to be the same playing them without 3D enabled, it really does add a lot to the game. For those who say it’s a gimmick, I’ll just state that Virtual Reality is so realistic because of 3D. I never got headaches or dizzy or any of those excuses. 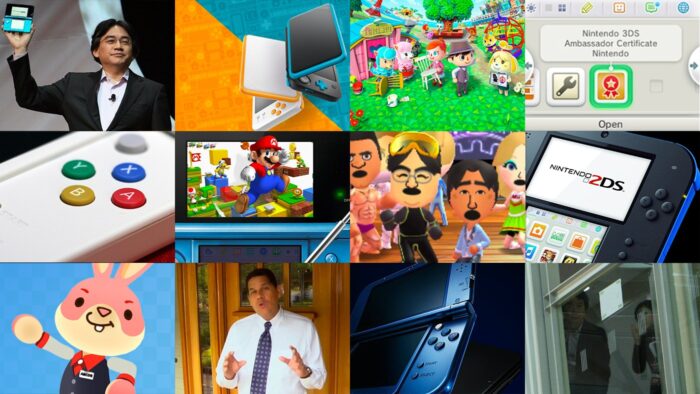 I loved getting updates on the 3DS and every time we got a big update it was always great to mess around with, whether it added new stuff for street pass like puzzles, apps like the crane game to have different icons on your screen that I absolutely loved. But the biggest one was when I came home from the Pokemon Symphony to the miiverse update and having miiverse on the 3DS was just as amazing as when Nintendo finally graced us with folders. Hell I had a lot of fun just choosing different themes and customizing my home screen. 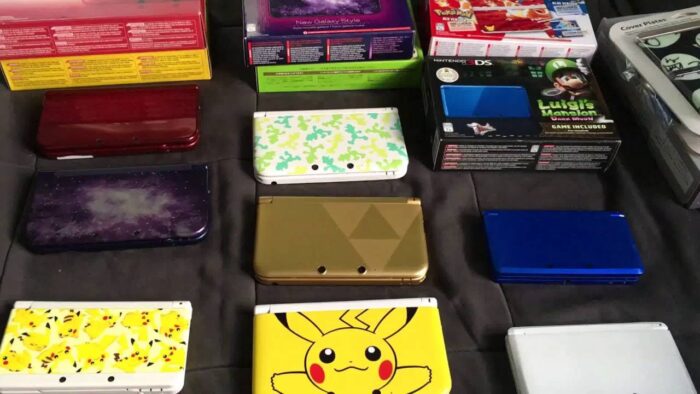 It’s not Nintendo handheld without revisions and well we first got the 3DS in a bunch of colors and special editions, I was very close to getting the first Zelda limited edition but I’m glad I didn’t since we eventually got a real revision with the Nintendo 3DS XL, it came out to lamer colors but wanted the bigger screen made up for it and got one since it did make the games more enjoyable with the extra real estate. We eventually got a 2D only version with the Nintendo 2DS which was extremely odd looking and didn’t look comfortable but it actually wasn’t that big or uncomfortable to hold. I would’ve gotten one for novelty but never did. 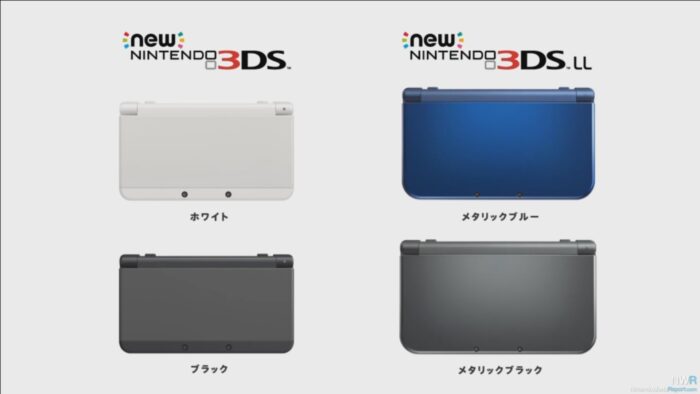 We eventually got an upgraded version like the Game Boy Color, the oddly named “New” Nintendo 3DS with better specs, 3D, amiibo support and a c-stick nipple analog. I wanted to get one for the longest time but couldn’t get myself to pay full price yet again. Japan got both a normal and XL models, the normal model with the changing faceplates was a really cool idea but I felt for a revision it just wasn’t going to work and that’s why likely they skipped to the New Nintendo 3DS XL in other countries. Despite not having any face plates the New N3DS XL did have colors more akin to the original Nintendo 3DS which was cool. I eventually got one and the extra speed was just great since the 3DS became sluggish over time. We also got a “New” Nintendo 2DS XL which looked sleek and sexy because of the RAVE colors and an excellent choice if you didn’t care for 3D. 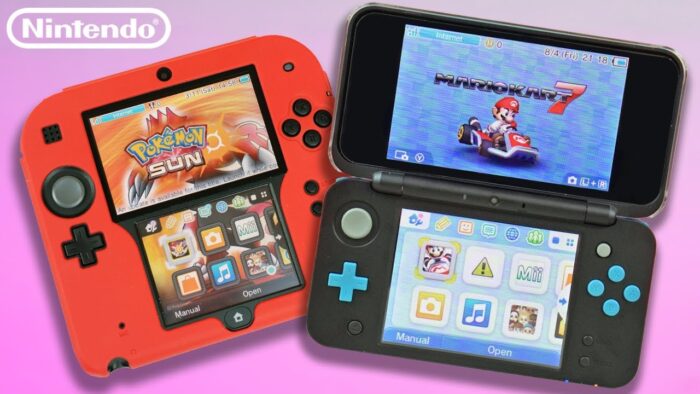 Overall the Nintendo 3DS had an amazing life despite starting off on the wrong foot and always living on the shadow of its predecesor for not being as good, it still managed to build an impressive library of games. We can only speculate on the future of Nintendo handhelds but in a way the Nintendo 3DS is the end of an era, of the Nintendo DS games since they can’t be replicated unless doing hardware that looks exactly like it so Nintendo 3DS and DS games will forever be played best here.