Reboot The Show is a mainframe classic CG show

Reboot was the first Computer Generated (CG) show we ever got by Mainframe / Rainmaker Entertainment and it had a bit of a weird history. Coming out even before Toy Story, the show dealt with life inside a computer so you get all these great 90s tech lingo in the actual show and how life is inside a computer system. Tech was still rather new for most people so many concepts went over people’s head. The show also changed quite a bit over the course of the series and got a huge fandom behind it. The show is continued with Reboot: The Last Guardian but we begin here with the original show.

The first season is a rather safe animated show from the 90s with the setting of them being in a computer world but there’s not much here, as a kid I wasn’t a huge fan of the show because it just wasn’t that exciting and the character designs looked weird. It really isn’t that bad, but it doesn’t have enough to hook you, one thing that is rather interesting is the concept that the “user” plays games and when they do the characters get to go inside those worlds. This gives them an excuse to change the setting to a bunch of weird different things including parodies of many movies and tv shows. 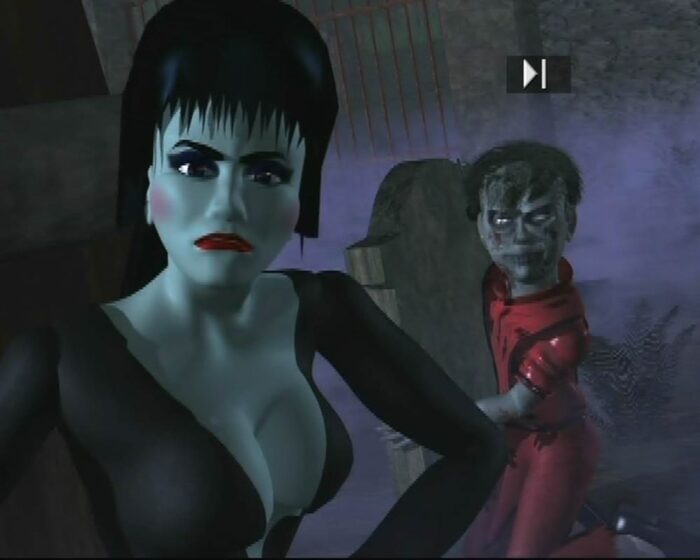 Season 2 is written much better and all the characters that have potential get to embrace it and all characters are just more fleshed out including my two buddies Hack and Slash.I can’t say that it is amazingly better however but if you enjoyed the first season you are now starting to be rewarded with better stories. I wasn’t watching at this point originally but if the first season was more like this one it would’ve kept my attention since things actually start to happen, especially since it ends on a cliffhanger since they didn’t know if they would be picked up for another season and wanted to build suspense. It worked unlike other shows that try this unsuccessfully even if it did take a little while for the next season. 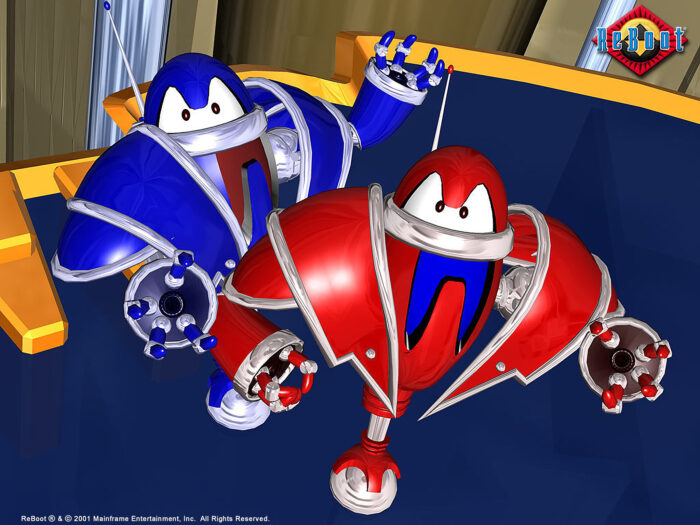 The next season totally changes things up and the show takes a rather dark turn, I remember catching an episode on TV and loving it and I wasn’t sure if it was that same show or not, once I realized it was I wanted to watch the whole show to know how we ended up in this situation. Basically the evil Megabyte Virus won and this innocent looking kid from the first season is now a sort of anti-hero. Sadly as a kid I couldn’t watch more episodes but the season for the most part is easily the best and showed more of the potential of the concept. It’s also cool that it now started to deal with the world wide web and not a single computer. 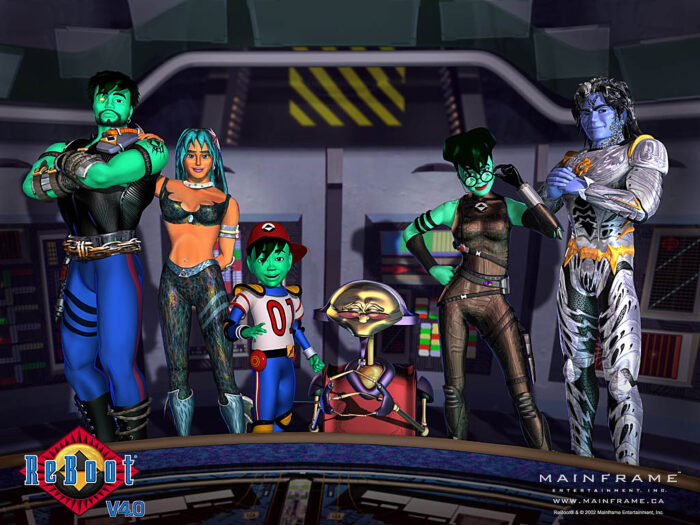 It took a few years but eventually two movies came out Damon Rising and My Two Bobs which are sometimes separated and called a fourth season of the show. The first of the two movies is a bit more “epic” since it deals with a super virus and even if not as dark or interesting as the previous season it was still interesting to watch. The second story is a bit more simple dealing with the changes after all the drama that ensued but it’s still entertaining and leaves us with a cliffhanger that was never resolved no matter how many times they tried to make a new season and a reboot reboot over the next decade. We did eventually get The Guardian Code which might answer some of those questions.

Overall the show gets a lot of praise and while it has plenty of flaws it’s so awesome to see how the world evolved over the seasons going from a show with potential that didn’t quite do it to completely turning things around and changing things up more than good shows ever dare to do. From having Bob as the Guardian who saves mainframe from Hexadecimal and Megabyte week after week to later seeing the rest of the cast like Dot Matrix and Enzo grow as characters and become more interesting than the main character himself. 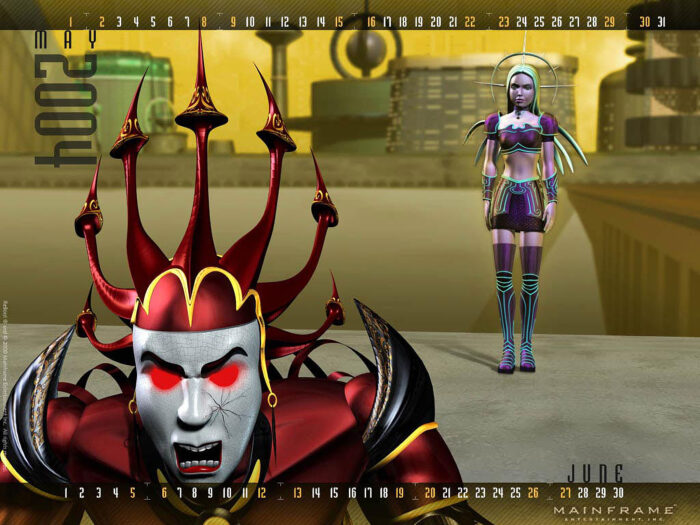 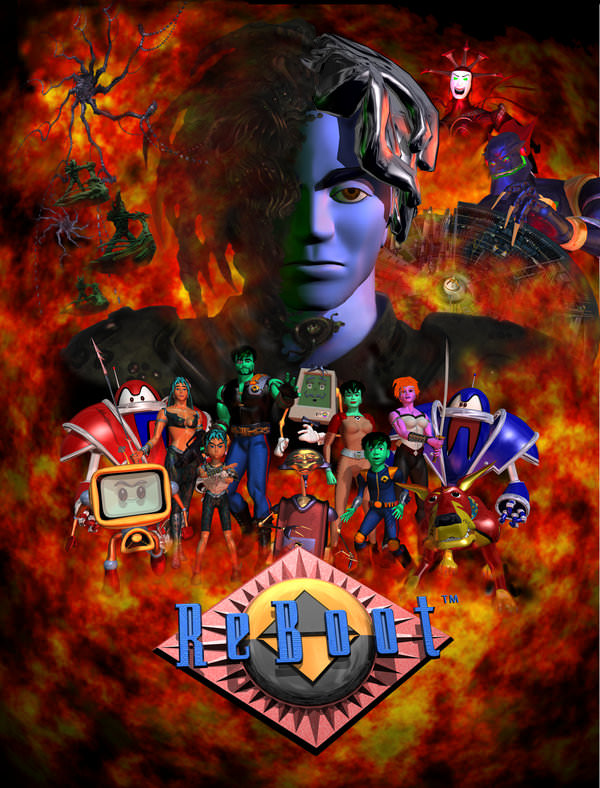 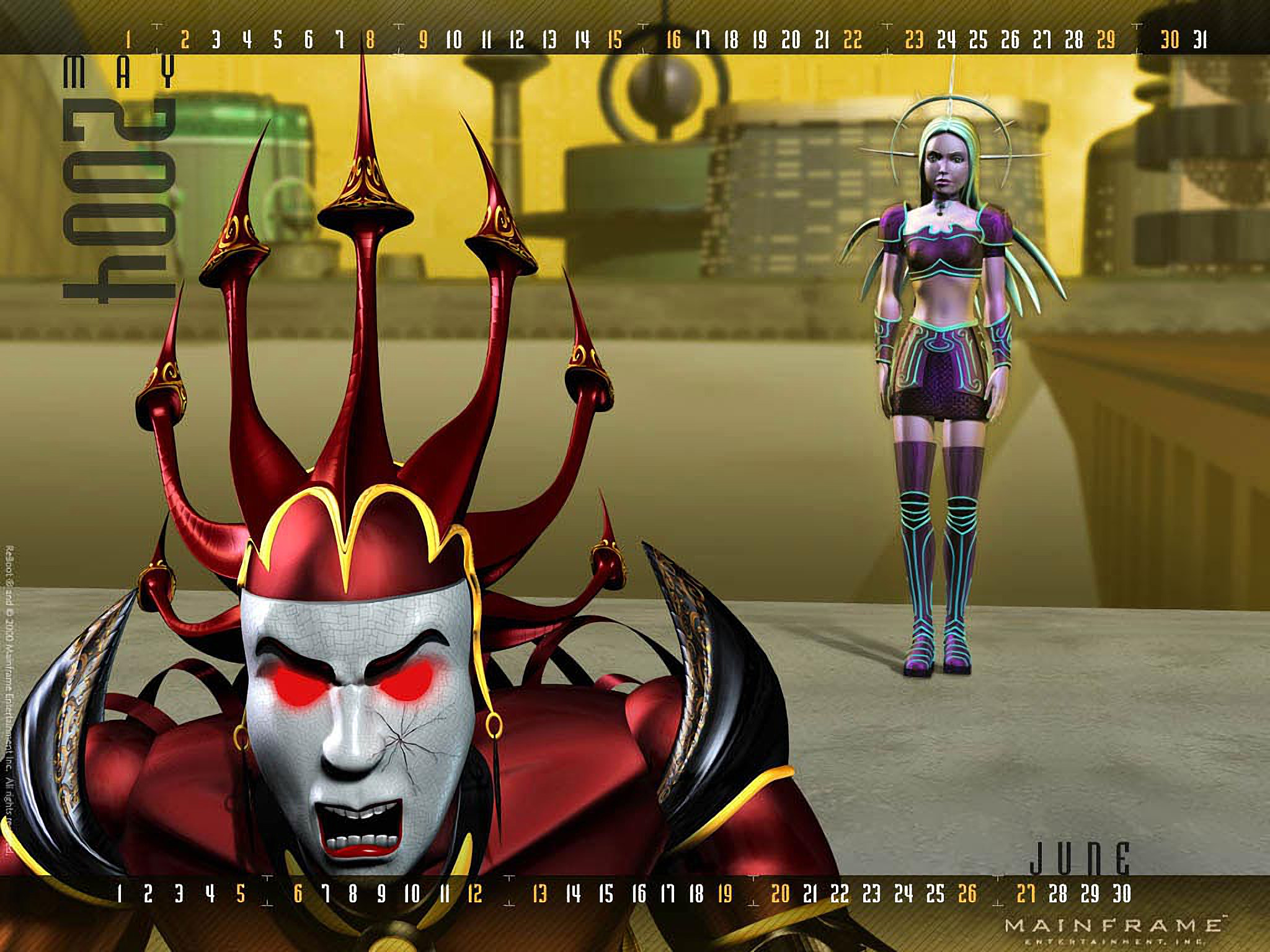 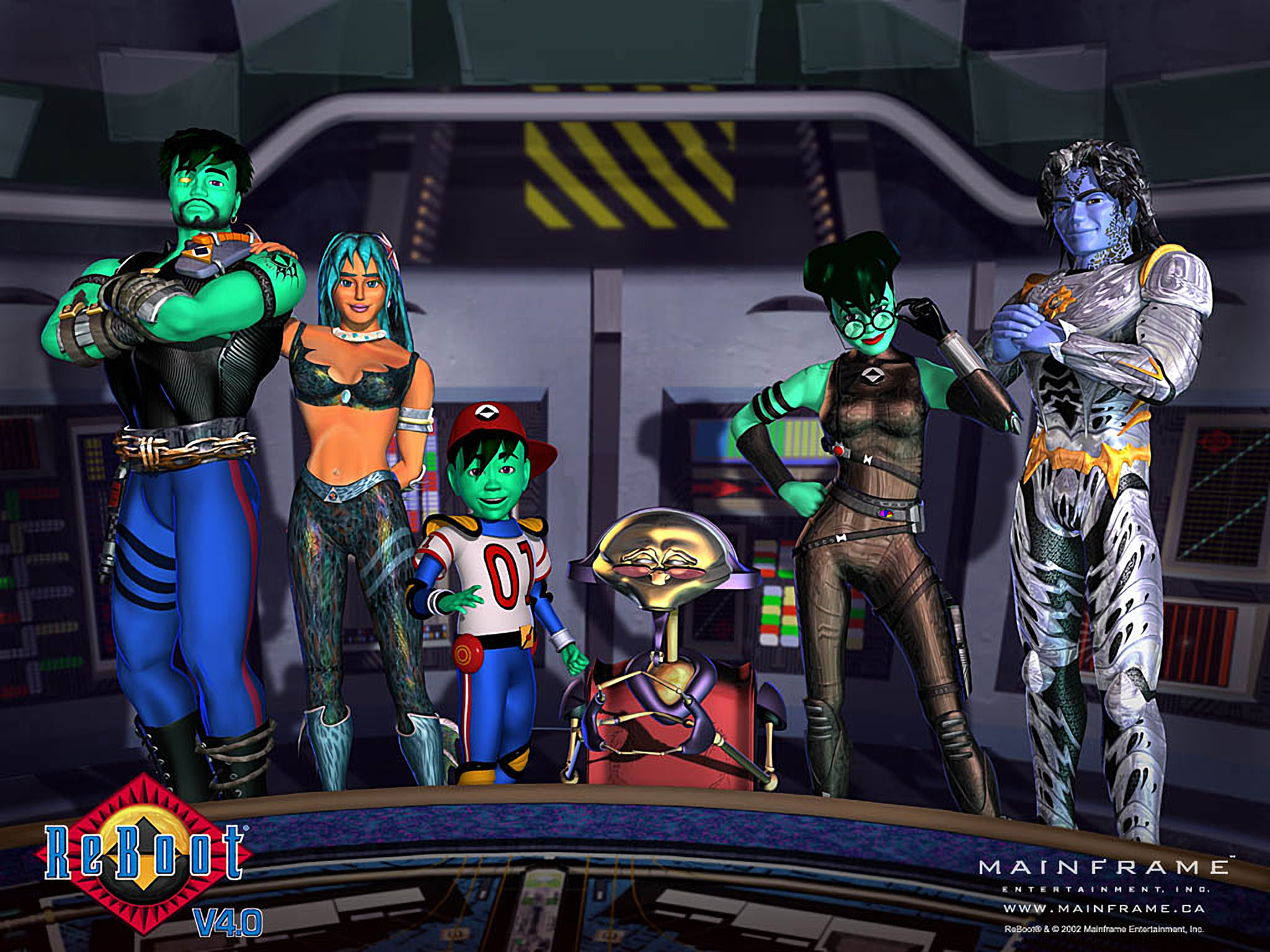 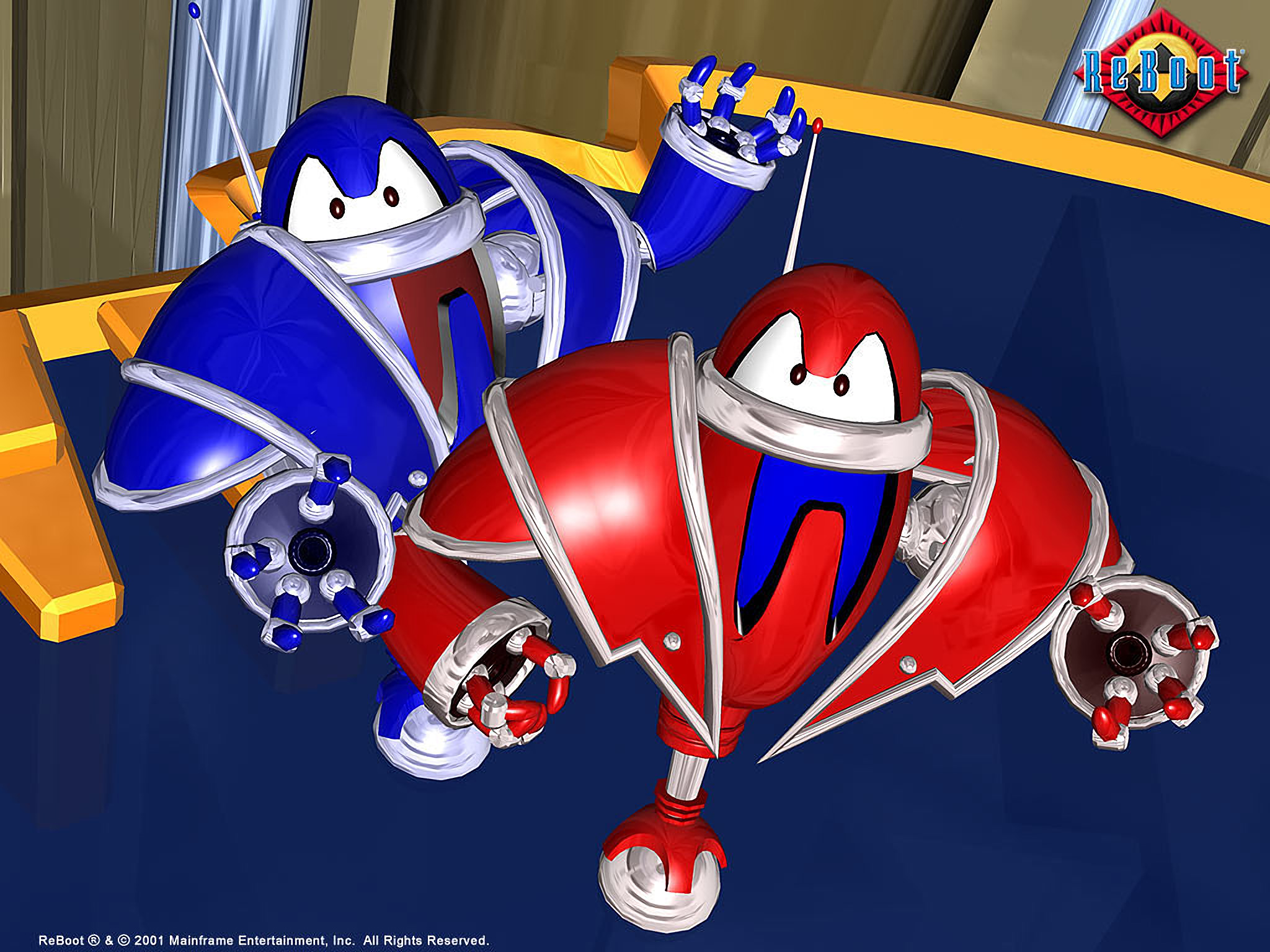 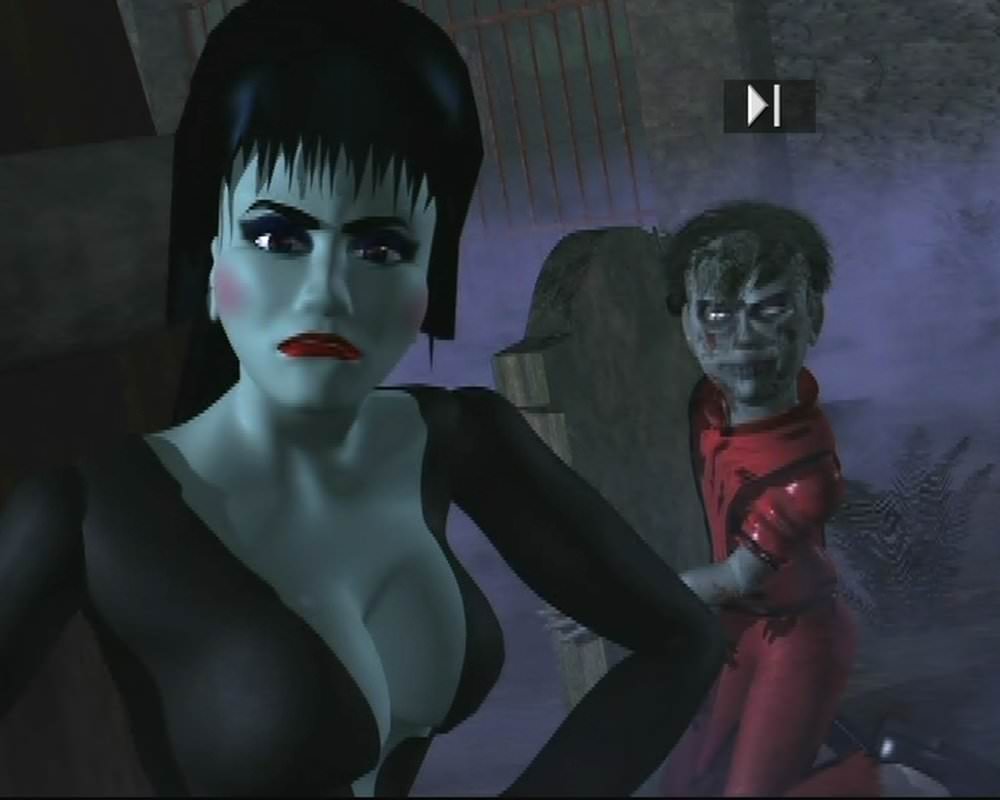 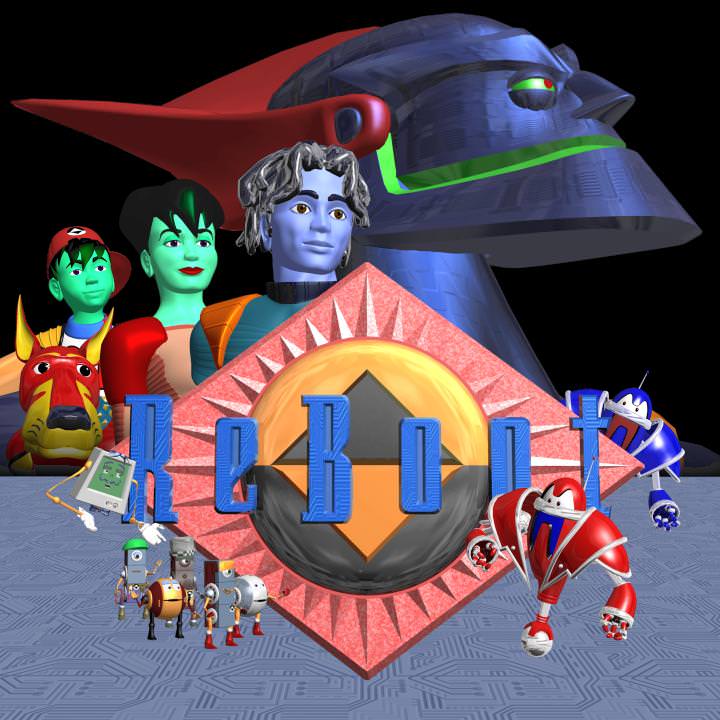