Kipo and the Age of Wonderbeasts by Dreamworks on Netflix is a post-apocalyptic animated show for kids and it’s an original show that surprises and brings something new to the table. The show is not without its flaws and it’s not the most amazing cartoon you can watch but it shows us that something new can be done. Here is our full look at the complete Kipo animated show, starting with the first season and going to the second season and so on as they’re released.

We have Kipo who is a thirteen-year-old girl who wakes up in the middle of the surface world without knowing how she got there in a similar way to The Hollow. The mystery gets solved slowly through out the season and we find out more about not only Kipo, but the world and a lot of world building over what this surface post-apocalyptic world is like as well as Kipo’s underground life. We later find out more about Kipo since she is spoiler alert part mutant / mute. 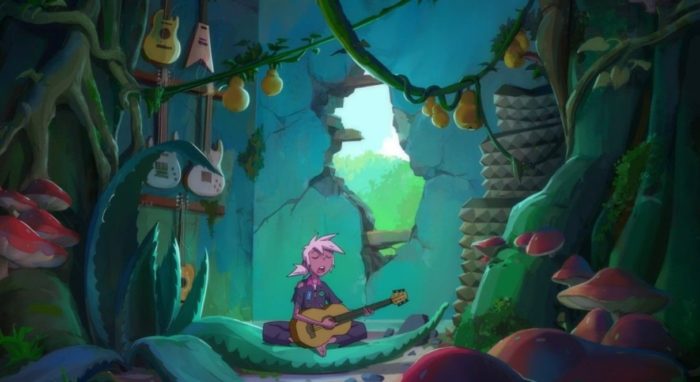 Unlike Kipo her supporting cast isn’t as interesting, I can’t remember their names save for Mandu the mutant pig. After googling some I now know their names and can say Wolf is a girl who lived on the surface and is a loner. Benson who is also from the surface but friendly and his mute friend Dave who is a bug that ages or de-ages. Can’t say I like any of them much. Too bad and in a way I feel the inclusiveness hurts some of the characters since only Kipo stands out. 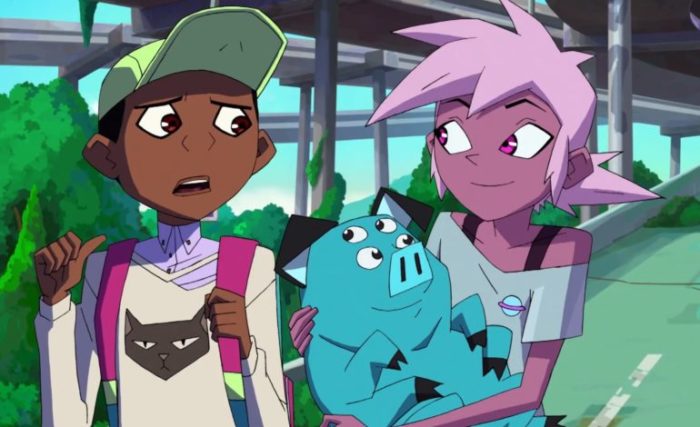 The writing of the show is alright, it starts with an amazing pilot but the other episodes get a little more kid friendly and while that is fine since it’s a kids show, it also doesn’t ever get too complex for the viewer for better or worse. I love the animation and the style of the show though, but it’s pretty much in every way have most of the flaws and cool points that Glitch Techs has even if I find this to be the superior show. 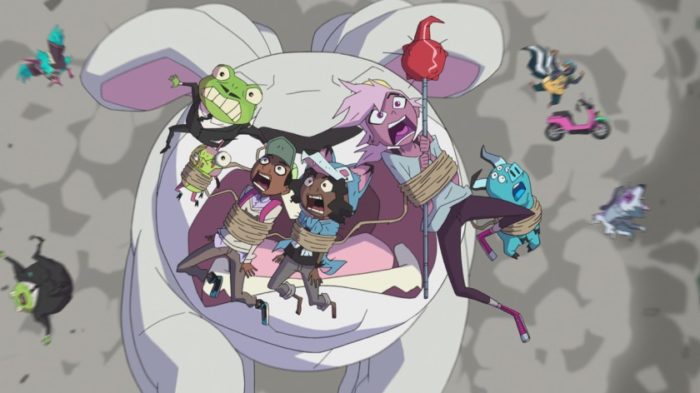 It’s apparently based on a webcomic named Kipo which I’m not familiar with but from the little I saw seemed more open to style. As a show for kids I think I would really enjoy it but it is indeed lacking a bit of an extra umph to make it into an all time classic, at least watching as an adult. I wish it had a bit of a less cliche story in each episode and that the supporting characters were far better.

I like the idea of animals mutating into different creatures, I especially adore the Rave bees, giant animals and astronomer wolves. Not sure I think all the anthropomorphic animals make great wonderbeasts or antagonists but it’s what the show chose to work with. Most of the twists aren’t amazing but some are alright and in general don’t expect something like Avatar the Last airbender, despite its more mature setting the show is relatively safe and more in tune with something like SatAM Sonic the Hedgehog. 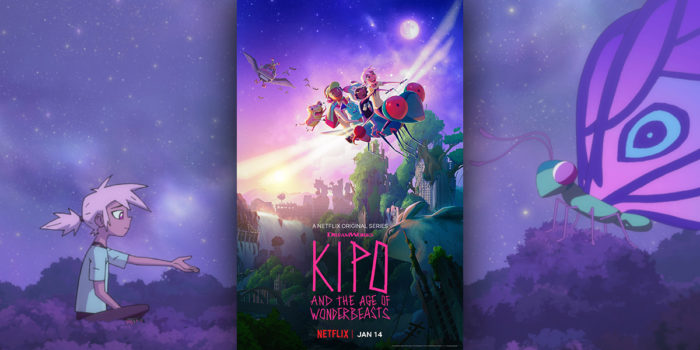 Let’s see where the show goes from here, I personally hope the second season gets better and the storyline evolves into something better and that the extra time they spend on the supporting characters isn’t felt like wasted time. 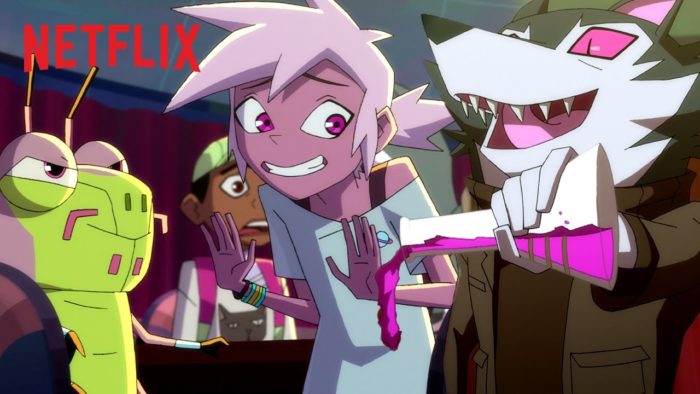 As mentioned I will be taking a look at every season as they release them on Netflix. They normally release a second season in a short time after the first since it’s basically just one season split into two separate releases. Season 3 and 4 of the show would likely take longer. But as soon as they’re released I’ll see how my opinion changes. (Which you can see below) 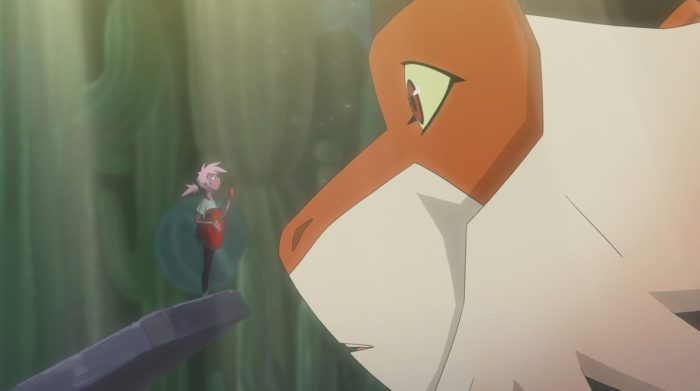 The second season was an improvement though since now I understood the world, it actually worked, we get to learn more of the world now that it isn’t a mystery and we understand the rules. There is a sense of an actual goal to get through and it succeeds with a great ending to the season. We see less of the other cast members in favor of new characters and Kipo is better for it since they were not as interesting as the main character herself.

The third and final season continues and finishes off the series with ten more episodes, it continues the Mutes vs Humans stories with a new enemy but it sort of doesn’t know how to stretch the story so it feels a bit weaker at points, this was a problem before but it especially shows here. The arc and ending has some predictable as well as some non-predictable things happening and we get an ending that is heartfelt.

Overall the series has some strong points as well as some weak ones but with only 30 episodes it provides a full adventure that makes it all worth it in the end and it’s worth checking this Wonderbeast world out. I’m glad that it was a planned short series since it meant that it was handled very well since they knew exactly how many episodes they had to finish it off, unlike something like The Hollow.

Overall the show is very charming, it has an interesting world and a uniqueness that not many shows do. This is easily one of the best shows released in the 2010s. In a way it’s better for this to be kept as its own without a sequel or anything of the like since it’d just diminish this story but Kipo deserves to have more than just this show.