Adventures of Gamba no Bouken a sad chirpy anime

As a kid I remember watching this anime about some rats and no, I’m not talking about Hamtaro, it was an older anime and I remember it felt like a show that never ended despite it only being 26 episodes. I also remember being a bit traumatized by these poor little rats and all the suffering they went through. I was finally able to find that this anime was called Gamba no bouken or Adventures of Gamba translated but event hen information was very scarce and most of it in Japanese which didn’t help things. It seems in recent years this anime has come out of obscurity since it’s far easier to find not only screenshots, information but also the whole show. It is only fitting that I finally give a small tribute to this little animated show that surely imprinted on many others. 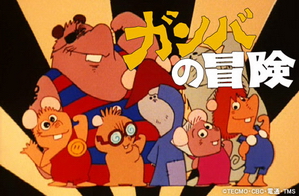 While I remember liking the series as a kid I think I was also a bit traumatized by it and all the things the little mice had to go through, and I felt like the threat of the white weasel being something very real and I can’t help it look at the artwork, it’s terrifying. The opening intro to the anime is so fun, inviting and playful. The closing ending however is anything but that, the chirpy music is replaced by a haunting melody with lonely fearful images being put on forth for you to experience the same thing the little mouse has to every day of his adventure. 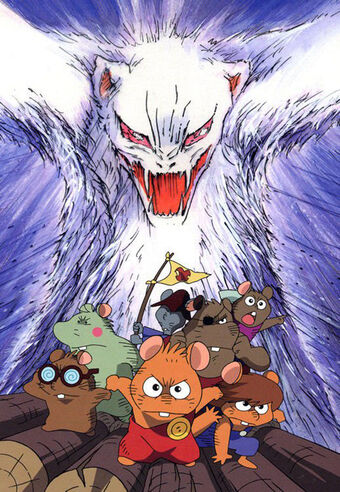 It’s a weird show and it has cute characters and they all feel optimistic which makes you feel good, but even when they’re optimistic they’re feeling optimistic in a horrible scenario usually. We get an origin of how the group of mice meet up to go on this journey to the damned island to save other mice and so they go in a trip together for various different reasons and we get a diverse cast of characters. While they might seem big when you get context of their actual size you see why pretty much everything in the real world is a potential danger to them. 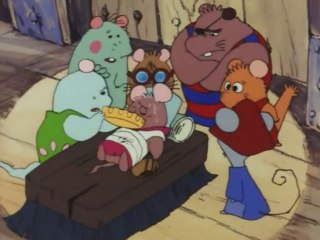 Now it isn’t the saddest kids anime you’re going to watch, but it still shocks you with their storylines and can’t help but feel bad for the mice and all the things they go through. They live in constant fear of various enemies that can range from humans to various predatory animals like coyotes, foxes etc. The anime does a good job in making you feel the pain, the hunger and the fear that they go through every episode. 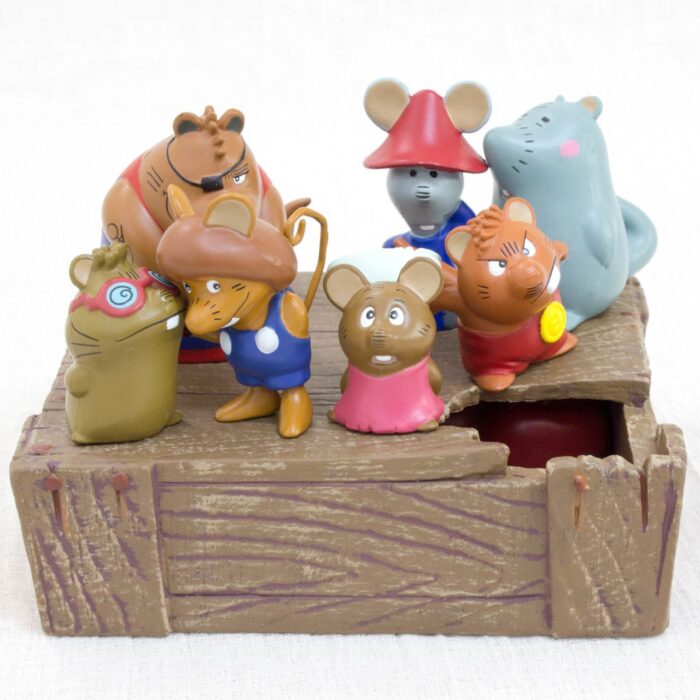 The show has weird pacing and weird characters but they’re all memorable in a way from Gamba to Dice they all have their own quirky personality. Lots of sad stories in between the relaxed storylines and conversations they have which makes it a weird mix. IMagine you have Mickey MOuse on one had with cute stories with animals and here a tragic tale of mice. All the enemies or threats they face have this distinct art style with scary outlines making them feel like the unknown and you fear the most what you can’t see. 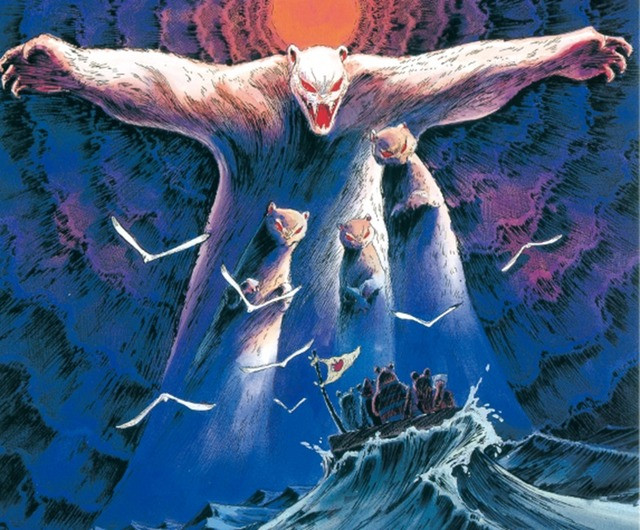 The show has some great music which sets the mood for both the fun scenes as well as the sadder moments of the show. These rats are rather smart too, they effectively spend a lot of the episodes planning on who exactly they’re going to get or reach a specific spot in their journey. Their random journeys in the sea not knowing what’s going to happen. Lots of sad stories in between but not a downer of an anime I’d say. The actual threat is not something that will destroy the world, just a demonic weasel which to a mouse it’s something of a huge threat. You don’t need a world destroying character to set up a threat in a story

Other thoughts? I kept confusing some mice as women like Dice but most are actually male. Lots of dead mice, it is sad and not friendly like the opening theme says but I’d say it’s appropriate for kids. The watercolor portraits it does are absolutely beautiful. Going on to the final arc, all the build up pays off as we get plenty of great episodes against the white demonic weasel and she’s terrifying. The final fight was a good conclusion. Recommended.