Captain Planet in the 90s was meant to educate kids about the ecology and it did a great job at it but with a cartoon with a lot of marketing also came another thing; Merchandise. Executive producer co-creator and ecologist Barbara Pyle mentioned in an interview that they knew this would happen and that the IP was going to end up being licensed so they were faced with a tough decision since they didn’t want the merchandising of the show to become more pollution which is what the purpose of the show was. It was decided that any merchandise would try to be done either with recycled materials, be as recyclable and eco-friendly as possible but also any profits from said merchandise to be given to environmental causes. The Captain Planet Foundation was formed and of course tried to do the most with that money as it could possibly be done to offset any harm said merchandise could cause. We are taking a look and judging some of the merchandise to see how ironic it is that Captain Planet is in it. 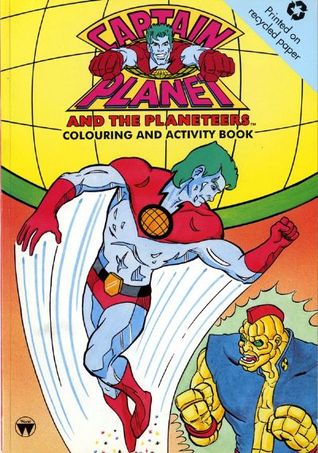 Let’s start small with the Captain Planet Coloring book which by its nature was made to be disposable since you’re done after you color it and most people don’t keep coloring books around for long after. It does state its made from recycled paper which is good despite the unknown factors of knowing if recycled paper is actually better or worse of the environment. You really can’t recycle recycled paper but overall I’d say this is far from a bad start or a bad use of the license since its fairly harmless. 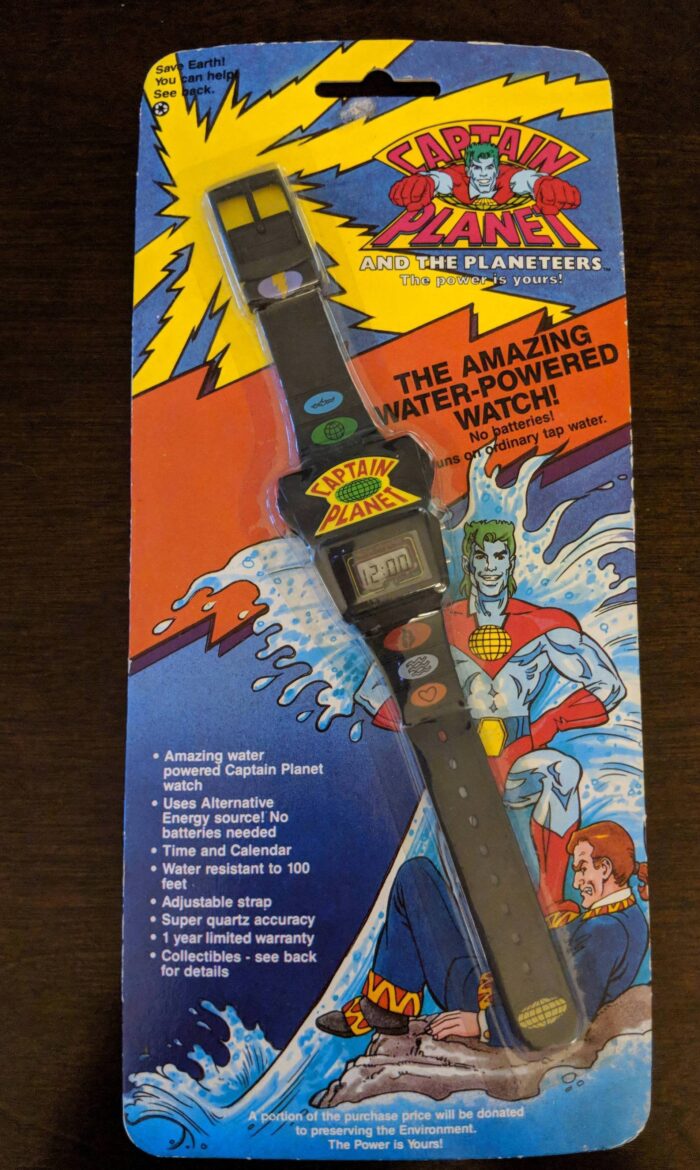 Here we have an interesting one, it is a watch that is made of plastic of course but instead of using disposable batteries which pollute the environment it uses the power of H2O. Now batteries do last a long time and can be disposed correctly and I’m not sure if this mechanism would really work long enough to actually make it more eco-friendly than a normal watch, especially if a kid likely threw it away after just 2 years of use maximum. But on the other hand not only is the tech to have a water powered watch amazing, it could’ve inspired a future environmental engineer into working in the renewal energies field so this gets a point in favor. 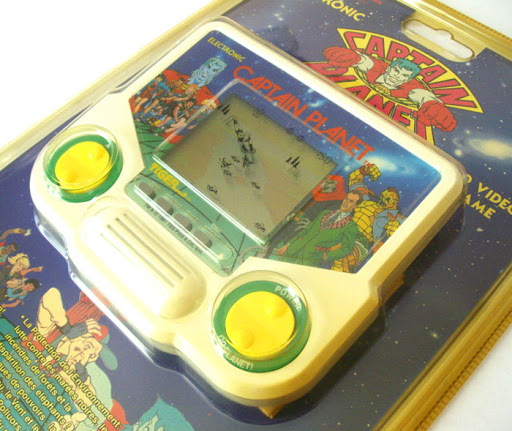 Well video games you could argue had a longer shelf life as toys than most action figures, but unlike say the Captain Planet NES game which collectors of retro games now would likely try to save from it being thrown away, justifying its existence here we are talking about an LCD Tiger Electronics Handheld. Not only did these have crappy games, they were meant to be disposable after you got bored of them and thrown away. Every few months you had a whole ne batch of these Tiger electronics LCD handhelds with the latest popular franchise for kids. This one definitely should never have been made and I doubt any benefit from this licensed prodcut could make up for it. 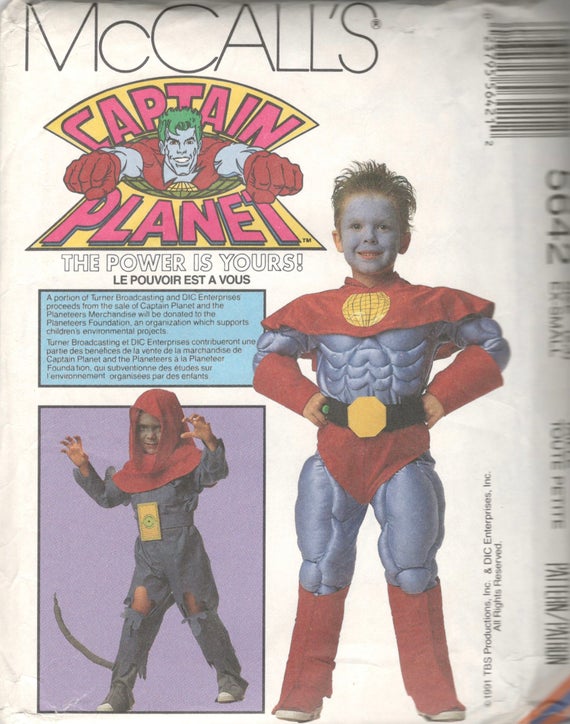 I am impressed that the actual costume doesn’t look worse than the official Captain Planet costume that is still being used to this day . I am also impressed that Verminous Skumm of all characters also got a costume for Halloween. With that said a Halloween costume was likely only worn for one year and two years max if you want to get optimistic before it went to the trash. But if a kid liked Captain Planet enough to want to be him during Halloween of all the other cool super heroes or horror icons then perhaps it wasn’t a bad idea? I’m also not too sure if this fabric would be the worst type of trash, a lesser evil in a way. Unsure about where to place this one. 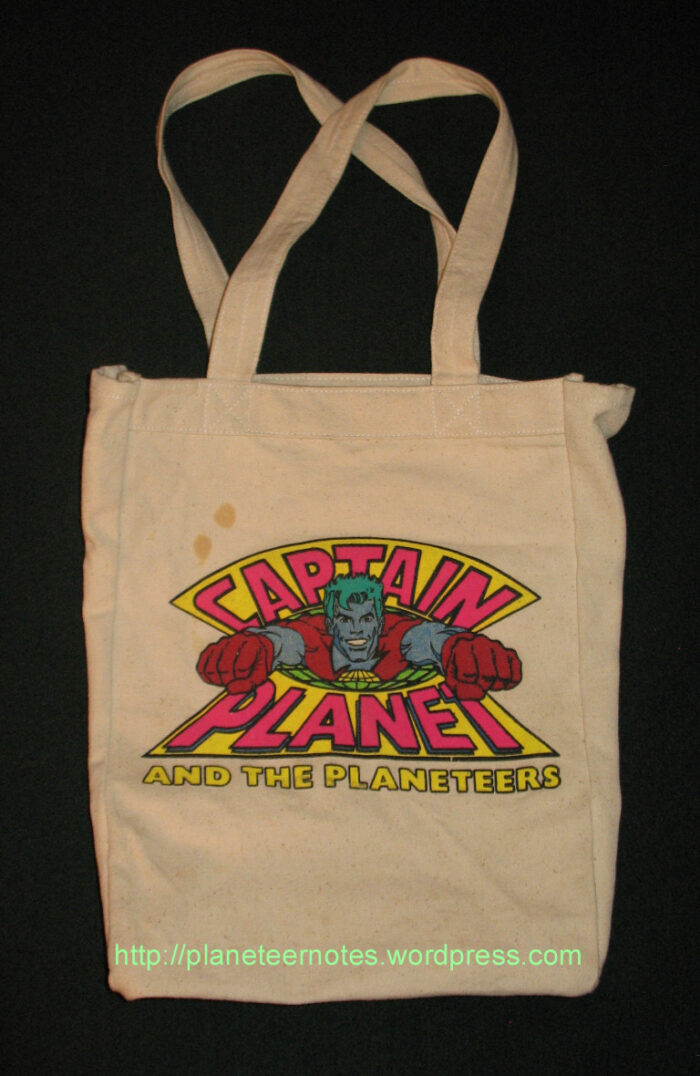 In the 2010s reusable grocery bags actually became a thing in many places around the world which is good since it means the earth now has less plastic bags going around. Using a reusable bag in the 90s was not common at all and in a way it was rather avant-garde for anyone to do it that wasn’t a total hippie. One of the best ways you could actually use the IP to promote something good for the environment and more merchandise should’ve followed this model but aimed at kids. I think that’s the main downside here that it wouldn’t be kids who were using it but that’s hardly a complain. There are some Captain Planet reusable bags but they’re unofficial so the profits are not going towards environmental causes which is a shame as perhaps an official product would be fore the best and the Captain Planet Foundation does have an official store. 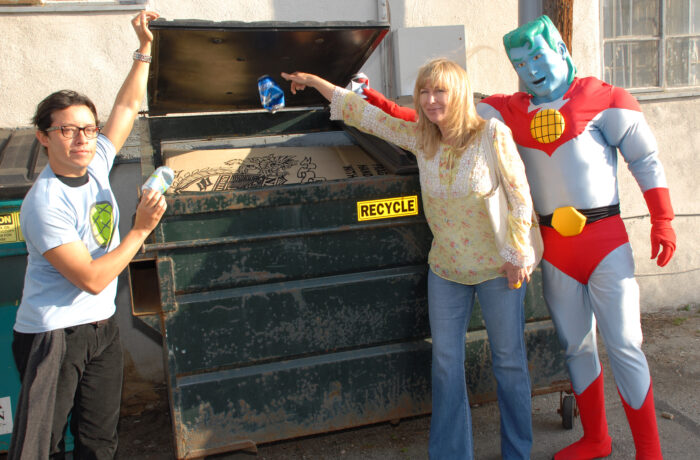 So far not too bad for our green super hero Captain Planet when it comes to his merchandise, I’m glad there was Captain Planet merchandise since I do believe it might’ve had a positive impact in remembering the message and the money was likely able to be used more positively than had any other franchise that would’ve taken Captain Planet’s place in a kids room which would’ve just been a companies profits. I wish we could get a new round of eco friendly Captain Planet merch for fans of the show. But in the meantime I’m sure I’ll revisit this concept of judging the hypocrisy or should I say hip-hopcracy of merchandising Captain Planet.