I really enjoyed the live action version of Watchmen that we got, sure it messed a few things around but I think nerds online were a bit harsh on it as it kept itself fairly true to the source material. But now it seems like DC may be making an animated movie based on Watchmen to set things right. Who knows if it’ll happen and if it does will it be a part of the DCU animated films? In that case it will be around an hour and ten minutes since that’s how long they’ll last and all the regular flaws that we see in them. They’d really need to make it into two movies like the animated The Dark Knight Returns adaptation for it to work. But hey at least the animated Watchmen wasn’t made in the 80s right?

I love the attention to detail in that short and the best part is you could definitely see DC allowing whoever had the license to go crazy and adapt Watchmen as a cartoon in any way that they would’ve liked and not giving a damn whatever Alan Moore would’ve thought. I genuinely would’ve liked to have seen a show like this and I think Watchmen could’ve become a hit, it happened with TMNT so why not with Watchmen? 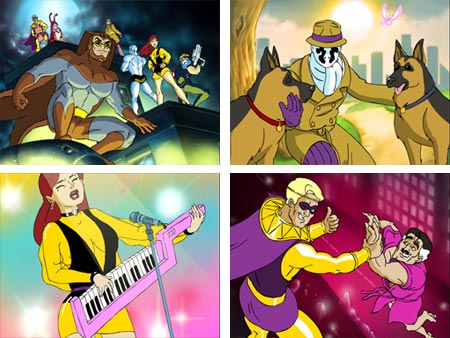 No matter what comes out of it at least we have the motion comic adaptation as well to have a more faithful adaptation of Watchmen. I’d like to see animated version though, at least it would give us some nice merchandise out of it not to mention that part of Rebirth means Watchmen is now in continuity or whatever.