Twisted Metal got a make over in the 2000’s with Twisted Metal Black on the Playstation 2 to better fit the decade, gone were the goofy, slapstick cartoony horror characters the original games had. They were traded for grim, gritty realistic versions of them to better fit the nu-metal lead world of mallgoths and darkness all around. This change was likely not known if it would work or not but it ended up fitting perfectly with the decade, the console and its audience. So while we might be getting a TV series or show out of the franchise, here we take a look at the storylines and endings of Twisted Metal Black. Blackfield assylum 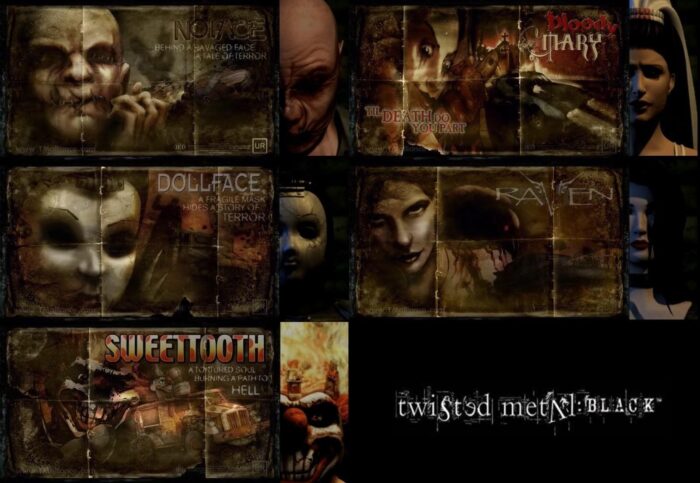 Car combat is a great genre and this grimdark makeover fit the franchise very well, the game was a lot of fun and quickly became one of the first must haves for the PS2. For those who registered the game with Sony, you even got Twisted Metal Black Online sent for free by mail years later after you had moved on from the game. They knew they had something important and even the 2012 reboot borrowed heavily from the tone of this game. 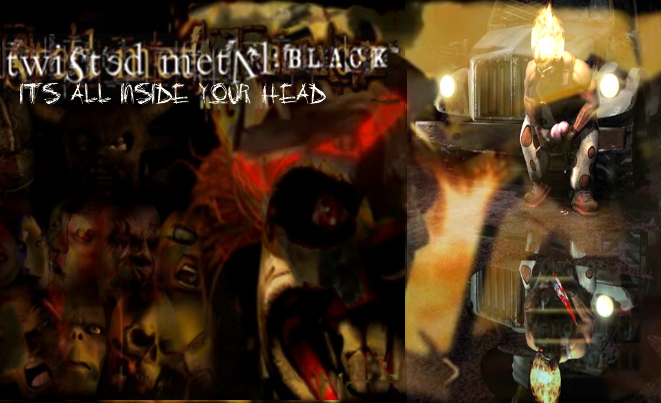 As with games in this era the storyline is mostly told through FMV’s, one in the beginning, one in the middle and one when you finish the game. The first one plays as soon as you choose a character and it tells you a brief intro of who your character is, making you wonder a little more about the character or terrifying you. After some matches are won you are entitled to find out a little more about the tragic backstory of your character only to be resolved at the end once you win the tournament and get back to Calypso for your price.

All the contestants for one reason or another are at the Blackfield Asylum in Midtown. Some stories intersect, especially with Sweet Tooth but they’re for the most part individual and in a way most of them could be canon and happen. The limitations of the cinematics can be seen but it felt great for the time and they are captivating enough that you don’t mind. They work for the game and could be expanded upon if they really wanted to. There were also 6 webisodes comic book style that are alright and give you a little more context of who the characters are as they do messed up things which you can watch here. Great game, potential to be a great series.