Pokemon Pink Version That Never Was

We now know that a Pokemon Pink Version might have been in the works based on some code that was found after datamining Pokemon Yellow. Now We knew Gold and Silver were coming, but I also felt they were very far off. Special Pikachu edition of Gen 1 was going to help with the wait but no one could get enough during Pokemania in 1999 so we all wanted a piece, so I always though Nintendo could just remake the game on the Nintendo 64 and release other versions like Pokemon Orange, Purple, Gray, Black among Pink. 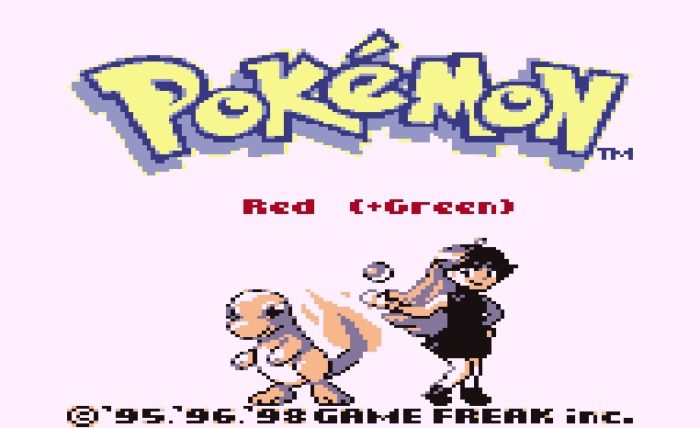 What could a Pink version have been like? It obviously would’ve had some type of Game Boy Color and Super Gameboy support. The game cartridge would’ve been pink at least in the West since Japan didn’t implement that cartridge color scheme. The mascot could’ve been either Jigglypuff or Clefairy, but I actually think that even Eevee had a big chance of being the mascot character as we saw with the release of Let’s go Eevee on the switch. 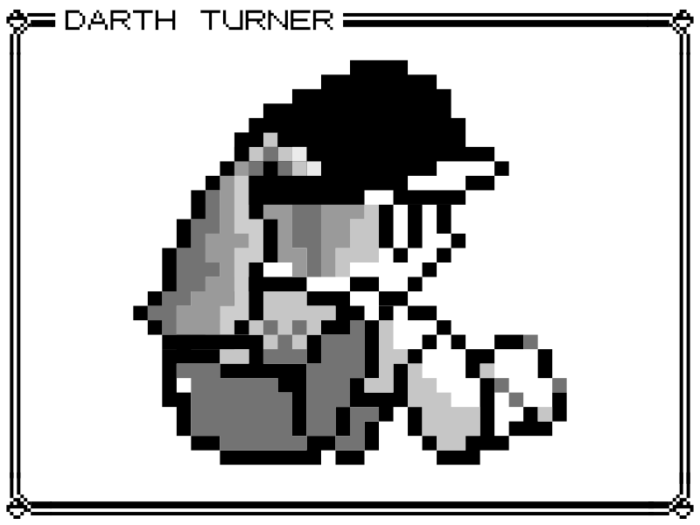 Knowing GameFreak the game would not have been radically different either, likely the same game overall with some girl friendly features like easier leveling perhaps and more cute pokemon available. Sprite would’ve been slightly altered Lass. I didn’t want to break continuity personally and wanted the character to start in Celadon city and progress from there, making it even impossible in a way to get all badges so the Ash / Gary / Blue / Green storyline wouldn’t be affected and it could all be canon. 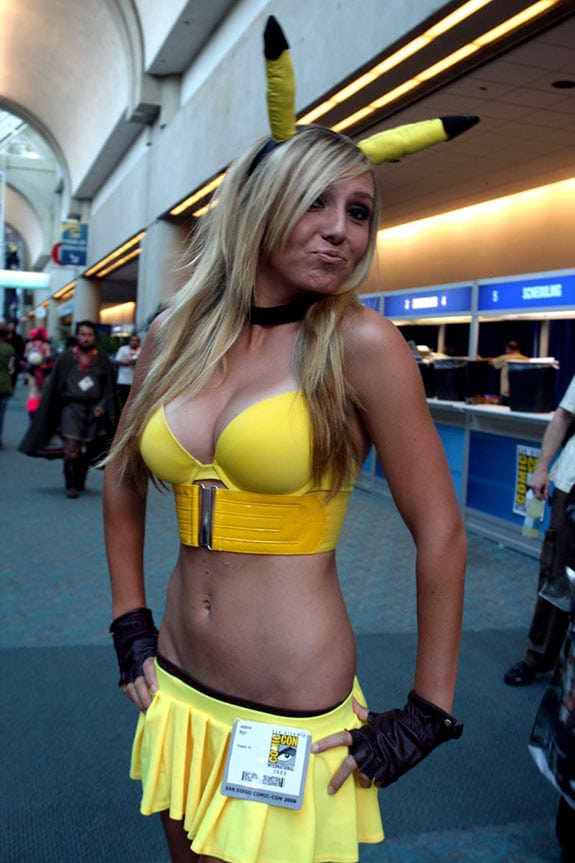 It wasn’t just me, I remember I had a female friend in Pokemon TCG League who one of my best friend’s had a huge crush on because she seemed straight out of a Toshiro Ono Pokemon manga who named her character Pikagirl and she wasn’t happy she couldn’t be a girl in the game. The player base was not dominated by boys as many girls were fans, not quite 50/50 but a huge female player base. When it came to gender so I’m surprised they didn’t let you choose the sex of your character until Crystal version with Kris. 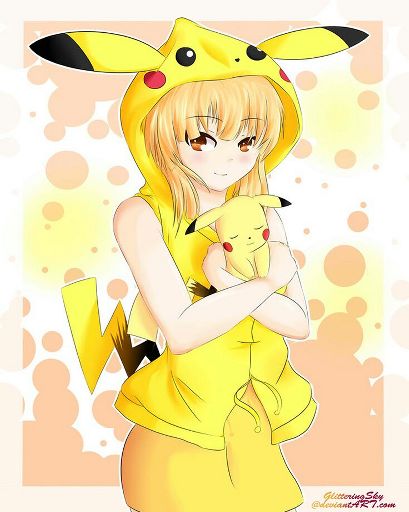 But yeah I always wanted to meet this third trainer who had chosen the third starter, we now know Professor Oak would’ve been it had he not been taken out of the game but that pamphlet telling us to subscribe to Nintendo Power back then had that original Ken Sugimori artwork with that third female trainer, and you can see it got more than just me into asking who she was. It would’ve been nice to have her cameo in Yellow version at the least. 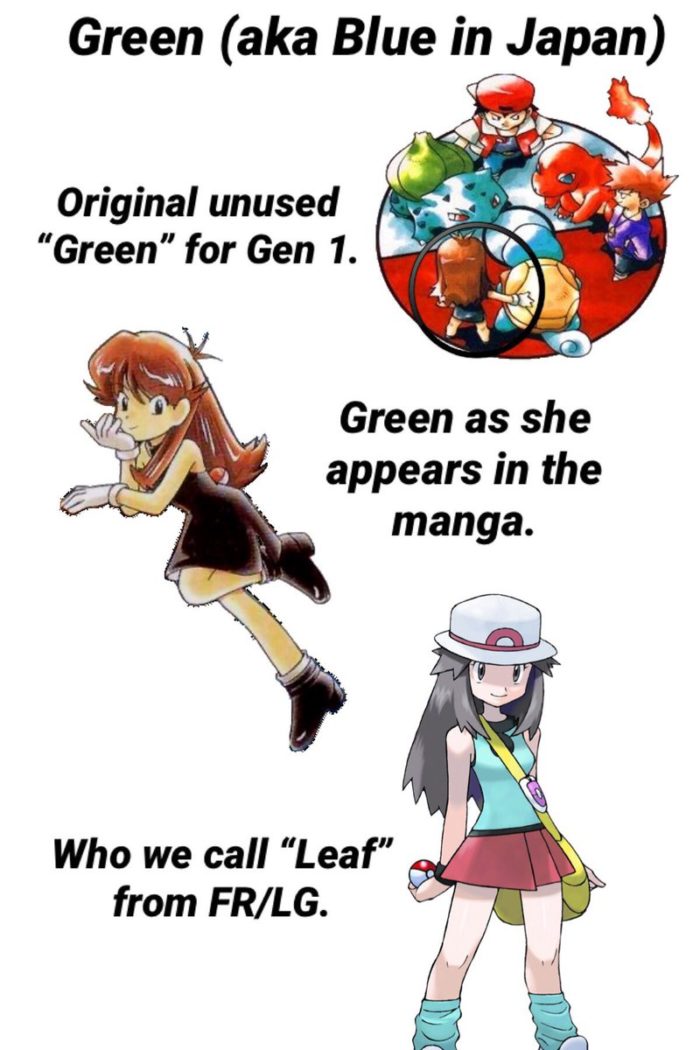 Now we know that Green did appear in the Pokemon Special Adventure manga and was a character there inspired by that artwork. There she had a complete storyline and we got to see the character evolve from there when the original Red and Blue got remakes in the GBA era as Leaf. Since then the character had been obscure yet relevant since she would get smaller appearances here and there in official ways. 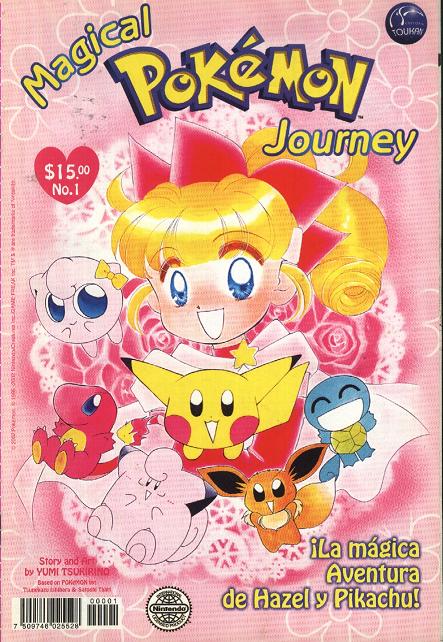 I used to read the Pokemon Magical Journey manga, called Pocket Monster Pippi in Japan which is the story of a young girl who sets off on a Pokemon Adventure. The quest wasn’t to catch ’em all or become a Pokemon master but just a bunch of random events with Pokemon drawn kawaii style. Definitely a guilty pleasure to read back then but in a way it was one of the most imaginative Pokemon stories and I expected Pokemon Pink to reference some events from this manga in a way. 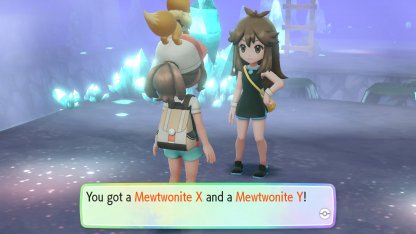 We have now seen that Green / Blue or Leaf and whatever the hell you want to call her if you’re obsessive enough to care about those details to make two separate bulbapedia articles to not contradict your own headcanon of what a fictional character’s name is. But point is she did appear on the switch remakes of Yellow Let’s Go Pikachu and Eevee as a character including a new female protagonist now named Elaine. Green has now been in Smash Bros and had figures made of her. In a way Pokemon Pink now exists. 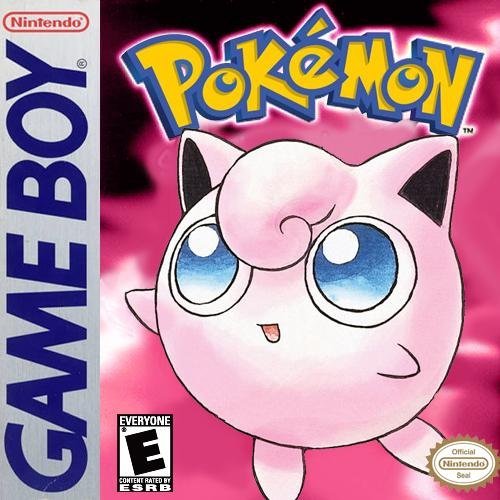 Pokegirls in general are a big part of the franchise and have been ever since Misty melted hearts of little boys and has made tons of Pokemon cosplayers careers with some or in other ways lack of clothes. A large part of the fandom is female and Pokemon Pink would’ve only helped that become more established early on despite always having been present, alas we can only imagine what Pokemon pink was going to be. Weird it was going to be a thing as a companion to Yellow version, Jigglyuff like the popularity in the anime and smash bros or clefairy the original mascot pokemon?

For other Pokemon articles make sure to click here and dwell into the depths of Pokemon not covered in other sites. No topic is off the table.