You’ve reached the last page of the internet

Alert! You have reached the end of the internet. You have seen everything there is to see. Please go back, now. 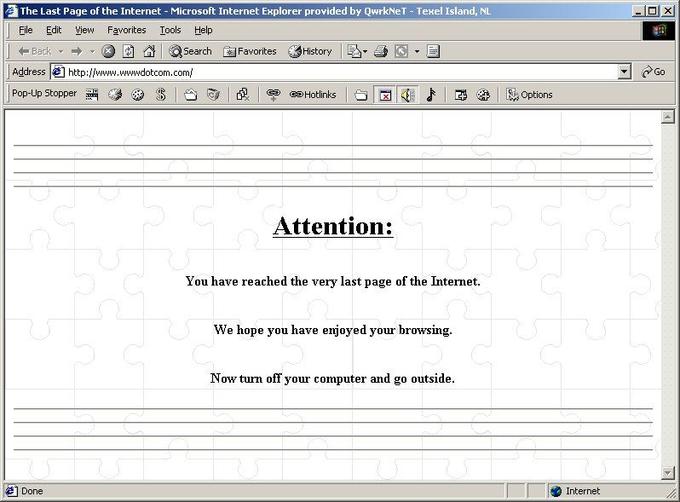 If you reached this page it’s because you finished the internet. only the most avid web surfers and cybernauts could’ve finished the cyberspace so a congratulation is in order. You’ve reached an imperative level of skill sadly t was not without its price however, If you’re here that means you’ve seen a lot of messed up 5h17! as the internet only gets more unreal in its most deplorable corners but steel is forged through fire and you are now prepared for anything the world wide web might throw at you.


End of the internet was a DirecTV commercial that aired back in 2002 when broadband was still in the process of replacing 56k and you would see constant 56k warnings on websites to warn those without a high speed connection. Back then I could only dream of reaching the end but even without dialing to connect to the information super highway. For more information on the end of the internet click here.