The Super Nintendo Entertainment System came out in 1991 as the follow up to the original NES which had re-started people’s love for gaming as we previously took a look at but it’s now time for the SNES. When it came out it immediately made the NES feel old and outdated piece of hardware and that there was no reason to return to it. The graphics looked that good and so did the games that it was the difference between night and day which is something that you haven’t seen in consoles in a long time The name was simple enough for anyone o understand, just a “super” version of what you already knew and loved. 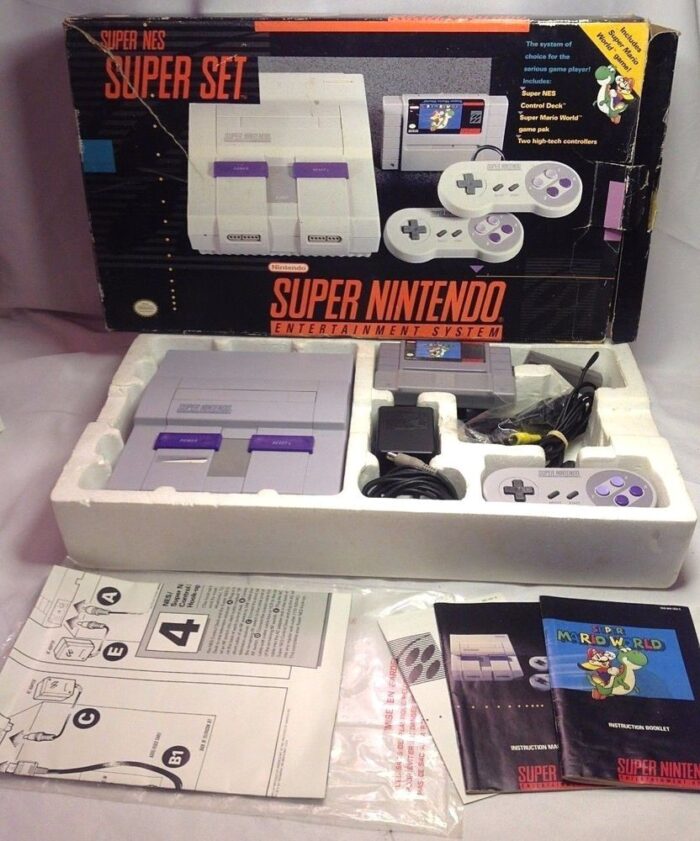 I can’t remember when exactly I got the SNES or why, I was still too young to remember asking for it but perhaps I did? Who knows but based on my memories it couldn’t have been too much later after launch so I had to have gotten it fairly early and most likely in its first year of existence. I loved how the controller had more buttons to press and they were easy enough to understand and go from the simple NES controller to this one, not to mention it felt better on the hands. The way cartridges now much easier to place since it was a top loader console is a feature that going from the origina NES made it an amazing improvement. Even the dust covers being hard plastic and small felt far more modern. The only flaw I can remember was having to press that eject button before taking out the cartridge. 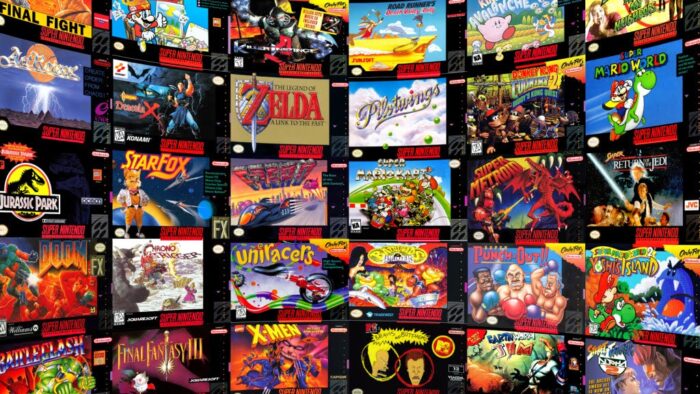 I can’t remember what games I started off with besides Super Mario World but I do remember the day we were getting the console hooked up Rocky, my dad’s dog bit me and I cried. Sad times but that didn’t stop me from enjoying the console and loving it over the NES in every way possible and even if it was only Super Mario World, that game alone was a lot. That was until I got separated from it when we moved for a year and could only take the NES with me. Having to go back to the NES already owning a SNES was hard, especially seeing all the cool new games that were being released on the SNES but of course eventually I got to go back to the Super Nintendo and play a little more of what i had missed. 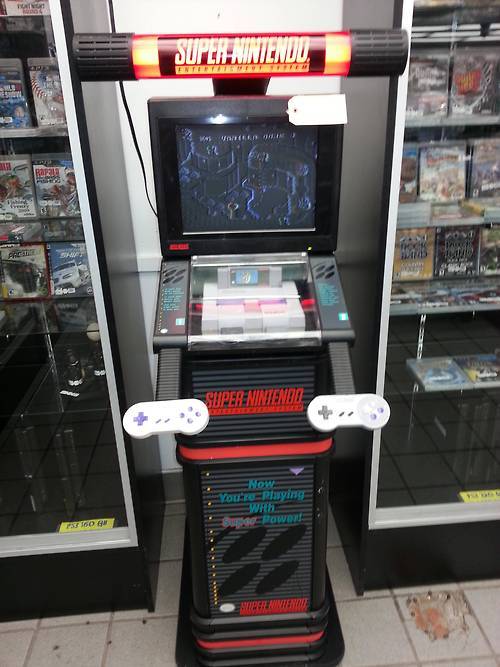 Street Fighter II was huge and everyone owned it and I was lucky enough to have the original release when it came out and wasn’t jealous of the arcade version anymore. I did want those upgraded Super Street Fighter II Turbo etc editions but not enough to waste getting any other game for an improved version so I remained with the vanilla version for the whole console’s run. I of course got some licensed games like Jurassic Park and forced myself to like them despite not being what I thought it would be. I would also get tricked buying games like Mario is Missing, thinking it was a sequel to Super Mario World. 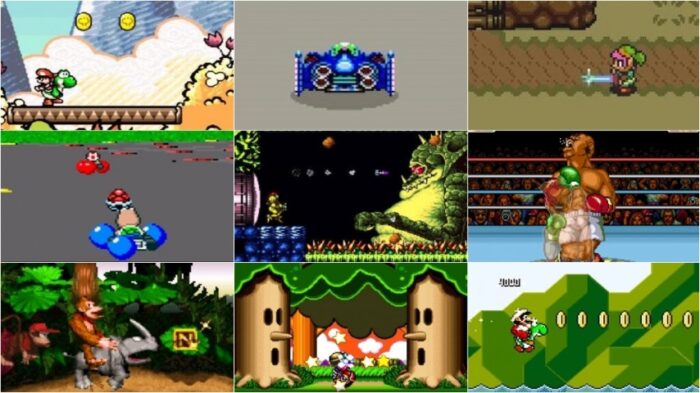 I was able to borrow a lot of games which expanded my knowledge on the library that was available with stuff like F-Zero, Moral Kombat among others. If it hadn’t been for that I wouldn’t have seen plenty of the SNES’ library of games. There were many classic games I played but never owned like Donkey Kong Country and Yoshi’s Island that I always wished I owned but never did so my memories aren’t as strong for those games. Luckily my sister had a friend who was often getting rid of games and my family would buy them from him and that’s how I got to experience many other classics. 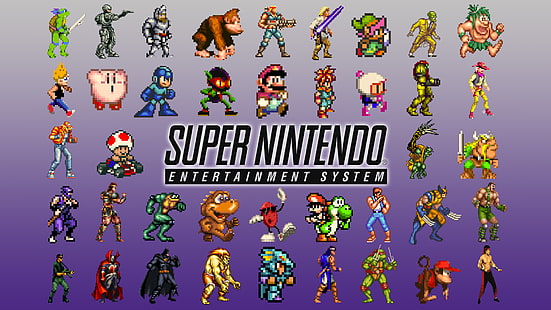 Teenage Mutant Ninja Turtles IV Turtles in Time, Mario Paint, Contra III among other were games I discovered because of that, so they weren’t bad games that I was getting but all time classics. I also had two shoot-em up games that I can’t remember the name at all. Super Mario Kart became the game that taught me how fun multiplayer could be and thanks to Mario Paint I enjoyed hours of fun. I created so many cartoons and things on it despite having a computer with paint that had more options, the ease of use made the SNES paint better. Though the SNES mouse was not one of the best out there but we lived with it. 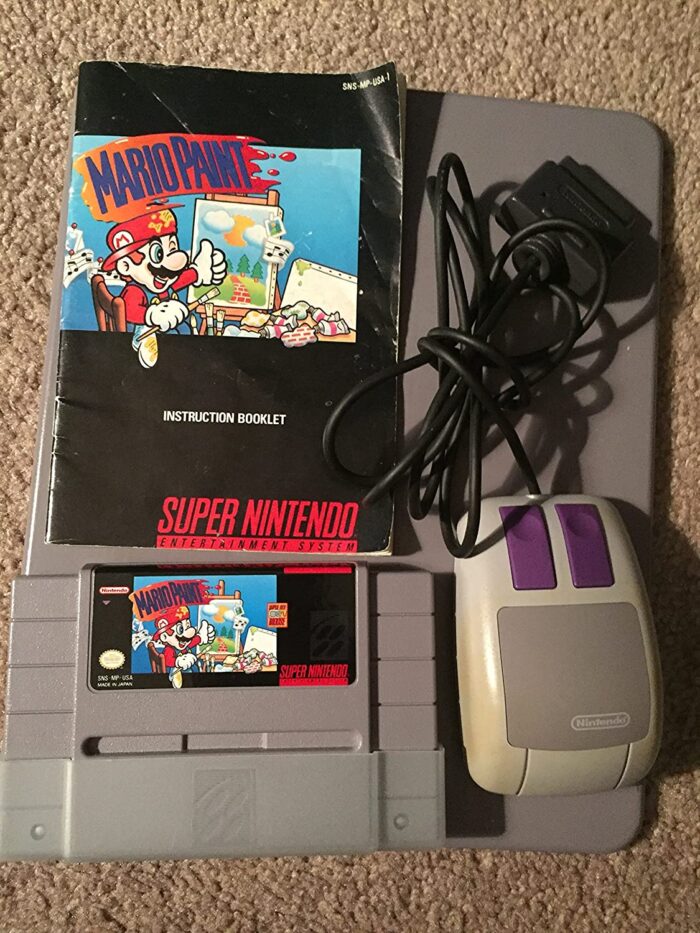 Even with those dark times and less peripherals the SNES gave us some amazing memories and cemented Nintendo as the company that knew how to make the best games. The superscope was not as prominent but I enjoyed using it and felt extreme for the zapper gun to have volved into something so massive. And as simple of an idea as the Super Game Boy was, it gave new life to both the Game Boy and the SNES at the same time. Disney games, Earth Worm Jim, Killer Instinct, you can name many games that invoke tons of memories and they were all played on this little machine. 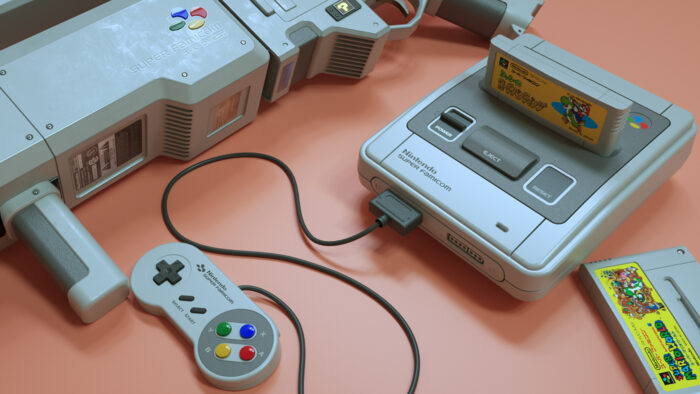 The purple colors were not the coolest, and I wonder if we had gotten the super famicom colored controller would’ve made it stand out. The design definitely looked a bit cooler and alien. But even simple design of something you are already familiar with can make it seem new. The re-design the SNES 2 had; felt so fresh and new despite coming out around the time the Nintendo 64 was coming out. I still looked at the boxes wanting one despite knowing it did nothing new and that it was better to get a new game, just the shiny re-design did work as a way to get people into wanting to get one. 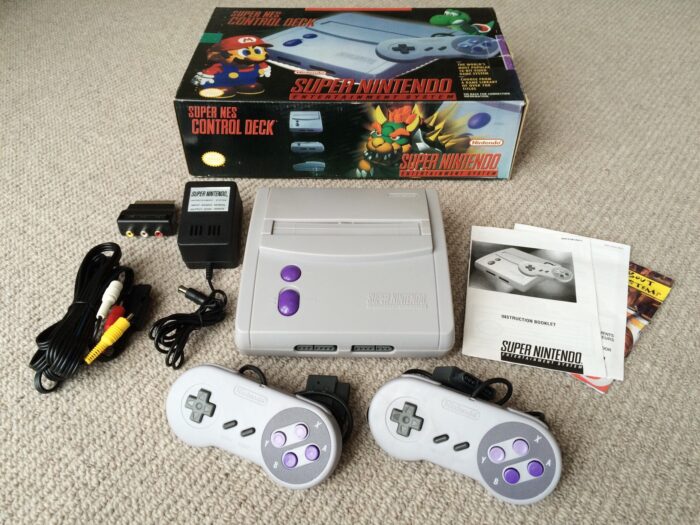 I was able to enjoy the SNES through out all its life even with the pending launch of the N64 since I was one of those lucky kids who experienced Super Mario RPG when it came out and had my first RPG experience with Mario. It quickly became my favorite genre of games for the next few years because of it and how different it was. Even after the Nintendo 64 came out, I kept my Super Nintendo hooked up since I just had one game for that and the SNES was still providing fun. Unfortunately I did end up selling it along all the games I owned for it for one N64 game, though since it was technically also my sister’s she got the other half of the money. But nothing will take those memories that were had on the SNES.