Remembering.. A message from the Power Rangers

Public Service Announcements were a common thing in the 80’s and even early 90’s but these PSA’s kind of stopped after that. Whether they were done to fit some type of educational message in the show or just because everyone was doing it is beside the point, there were plenty of shows doing it and Mighty Morphin’ Power Rangers with its already controversial fighting thought it was the right move to have them. Unlike a lot of PSA’s, the “Now a message from the Power Rangers were actually packaged for international syndication giving fans around the world the chance to learn some common sense. 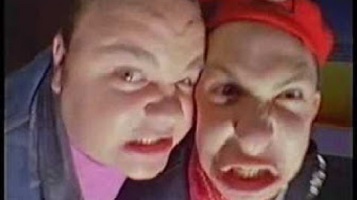 You would actually look forward to these since you knew after the show had finished you’d at least get some extra ranger content and hearing Jason’s voice telling you they had a message for you, you had no other thing to do than sit down and listen. There were only about a dozen or so of them so they would repeat often but you were fine with that.


Some of them show you that Power Rangers is just a show but most of them can actually fit in the shows continuity making it some extra content to view if you just finished watching Mighty Morphin Power Rangers or maybe you’re just nostalgic for them if you grew up witht hem because you can’t really say they’re particularly great but like the MMPR Fan Club VHS special it has a special charm.

I posted some of my favorite ones here but here is a playlist that has all of the Season 1 messages plus some of the other seasons. I actually didn’t know the other seasons had PSA’s but some later seasons even got one of them. The Playlist also includes some parodies which goes to show the impact A message from the Power Rangers had back in the day.