Here is Jurassic World overview from June 10, 2022 and while JP is my favorite film I think I can be fairly objective while talking about the movie but of course there’s some bias. The hype for a new Jurassic Park movie was intense, I had wanted a Jurassic Park IV after /// came out. I had been following the new for over a decade with no hope of a new Jurassic Park movie ever happening so when it finally seemed to be happening I couldn’t believe it, in fact it wasn’t until I saw the teaser that I knew that this time it was for real. I kept an eye on all the vira marketing like the Misrani Global Website and official Jurassic World website for info.

It’s a great movie and possibly the best Jurassic Park sequel, of course it can’t be better than the original but did anyone really expect that? I’d been cautiously optimistic after the Superbowl trailer and for the most part all of my fears were dealt with pretty well. The hybrid dinosaur is handled very well, the only problem I have with it is that he is a little too powerful; so much that he almost feels out of a superhero comic with his strength instead of highlighting his other abilities. The “trained” raptors also worked surprisingly well, all those trailers definitely mislead you and that was one of my biggest fears. Seeing the park operate was great, really wish we could’ve seen more of that even if we did get a decent glimpse, I remember as a kid I used to play with my JP toys without any “chaos” just a park with dinosaurs was cool enough for me to play as.

The whole way the park goes to hell is very well done as well and the story as a whole flows very nicely. Now some negatives are the characters are likable but you still don’t like them as much as the original movie characters and some of the great characters they aren’t used as much as they should. The movie did leave me with some concern over the militarized dinosaurs they hint at. In the context of this movie that subplot worked well since it also goes to hell in the end but I wouldn’t want to see it revived for a sequel. 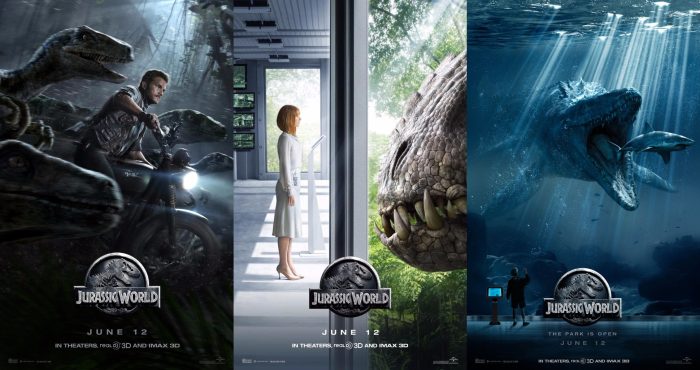 I really liked it, I’d rank it above The Lost World and Jurassic Park /// easily. I went into the movie not knowing what to expect. After my second rewatch in the theaters, this time in 4DX and I can say that it was still great, it’s probably the best movie after the original. Some things I noticed in this second viewing or confirmed was that the opening and ending of the movie are really weak. All three movies always start with a chaotic event and something that goes wrong, it would’ve been cool to see that one here but instead we just see the hatching of the Indominos, I guess you can say that counts but not really. The ending also is not a thing like the previous endings and it just doesn’t tie everything together very well.

I still think the weakest part of the movie is the thing that everyone is praising the movie for, the final fight. At points it feels like a superhero movie fight in its pacing. The Indominus Rex is definitely mishandled in many parts of the movie, he had all these great abilities like camouflage which are barely used, same with the other pats. The alliance with the raptors for a bit is also out there. The old visitors center wasn’t that nostalgic to me as it was to others. The boys were handled very well, at least in the beginning, the excitement of the younger brother makes you feel like a kid when watching the movie.