There seems to be a lot of confusion about the Donkey Kong timeline, Cranky Kong, Donkey Kong Sr. and Donkey Kong Jr. I have likely thought about more about Donkey Kong and Mario lore than the average folk without becoming so obsessed to be a part of those lore gate keepers on Mario/Gaming wiki/fandoms. I was actually thinking about Donkey Kong’s mess of a canon a while ago.
TL;DR: Sorry, Nintendo Retconned Donkey Kong to always being Arcade Donkey Kong; Jr. is MIA and any references to DK not being the original are just retconned, Cranky was never the original Donkey Kong. 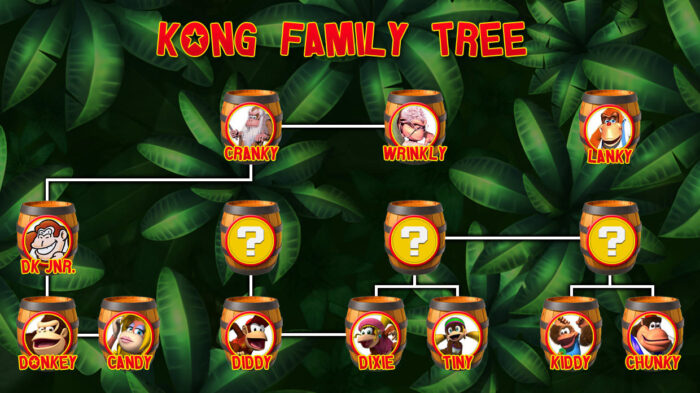 When Donkey Kong Country happened then yes, Cranky was meant to be the original Donkey Kong with new Donkey Kong being the original DK Jr., so while it’s explicitly said in manuals of DKC back in the day, most fandoms don’t even consider manuals as “canon” only what happens in game. So there was always that descrepancy between Cranky being the grandfather of modern DK or father since we had contradicting evidence but overall it didn’t affect too many things. We just assumed that time in DK isle passed quicker which is why Mario didn’t age between Arcade DK while DK did.

When Rare started using Donkey Kong in their Country series Nintendo didn’t use him and opted for using Jr. [Super Mario Kart, Mario’s Tennis (VB)], at least early on before modern DK started appearing, last time we saw Jr. was in Mario Tennis as a playable character or Melee as a trophy. Worth to note no Smash Trophy of DK or Cranky ever mention Cranky being the OG DK..Cranky often broke the fourth wall which is a staple for Rare games but not so much Nintendo ones outside of RPGs and such, it’s also worth noting that he randomly became a scientist in DK64 so his role changed depending what the game needed it to be. 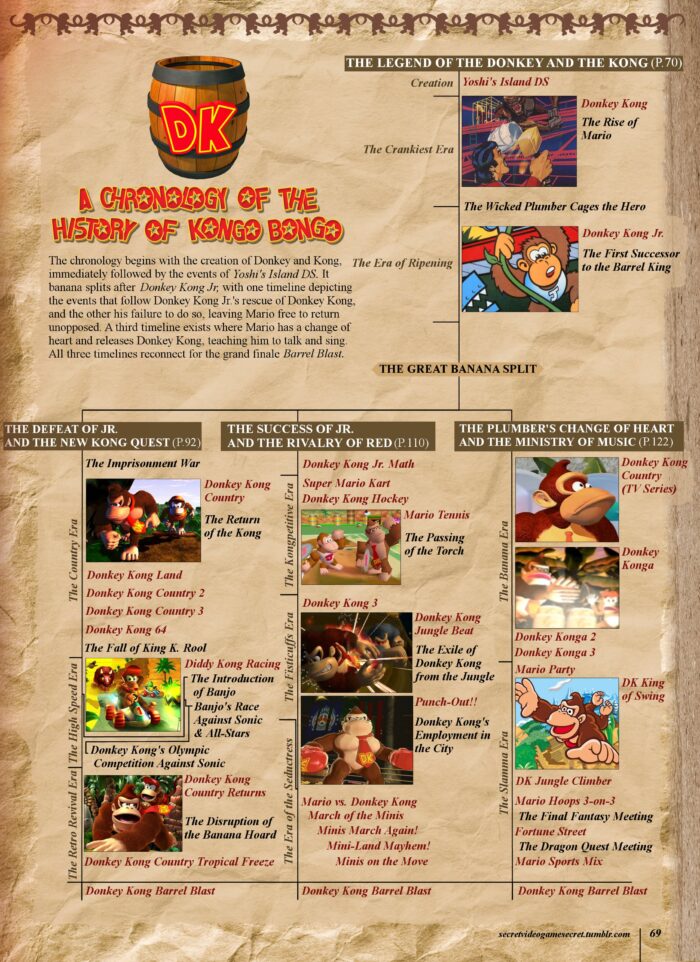 We got Diddy Kong Racing which was meant to “kickstart” several Rare franchises, we know Conker/Banjo but I’m sure they meant others to make it like Timber since DKR was originally meant to be his game and not Diddy’s, we know Timber made it to Banjo. We also know that the Banjo Kazooie Swap cartridge trick which was scrapped for Banjo Tooie might’ve also meant to work with Donkey Kong 64, another crossover after Diddy since they were building their own “Rare universe” which sites like DKvine still swear exists. The problem was. There’s even some that consider Diddy Kong Racing DS a sequel instead of a remake to explain Tiny being older.

But..Nintendo sold their shares of Rare to Microsoft and they took their franchises and Nintendo kept theirs. This kind of marked the end of the Rare Donkey Kong, Nintendo started using Diddy and even other Kong’s in their spin-off titles like Mario Kart and Sluggers. Donkey Kong also took a step down from being another tent pole release to smaller spin-off titles like the Konga series and King of Swings, sure there were ports of the DKC games on GBA but whatever. It wasn’t until they decided to bring back Donkey Kong with DK Country Returns that DK was back in the spotlight as an A-list franchise. After this the absence of Diddy in spin-off games was felt again as they decided to keep the rest of the Country Kong family away. 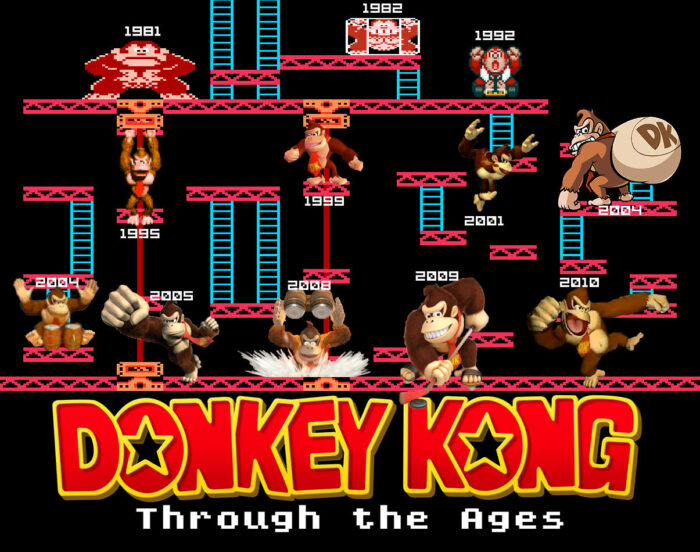 The way that Nintendo has treated Donkey Kong however was more and more of Modern and Original Donkey Kong being the same, they never explicitly said it so fans were able to keep their original canon as still canon but as more and more time passes it’s causing conflict with current canon, and while you can write explanations to all these things as I did for years it’s now clear to me that Nintendo doesn’t consider Cranky the original DK but just another character in the Kong verse and as more games come out it’ll be more and more clear that this retcon is here to stay, hell it’s already pretty established, we have baby DK in Yoshi’s Island DS, the whole Mario vs Donkey Kong series and now Odyssey, heck even DK94 GB messed the idea of the Rare timeline before the Country games even released. We have tons of modern in game text on how Mario and DK are rivals for many years while all references of Cranky being the original DK are all from old games. 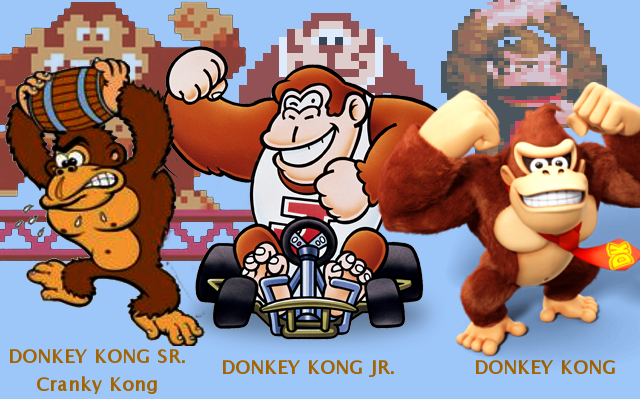 For more Super Mario Universe articles click here. If you enjoyed the article or have any thoughts let me know by commenting below or by tweeting at me. You can also share the article or hit me up an email with your thoughts, it’s nice to hear from other fans. 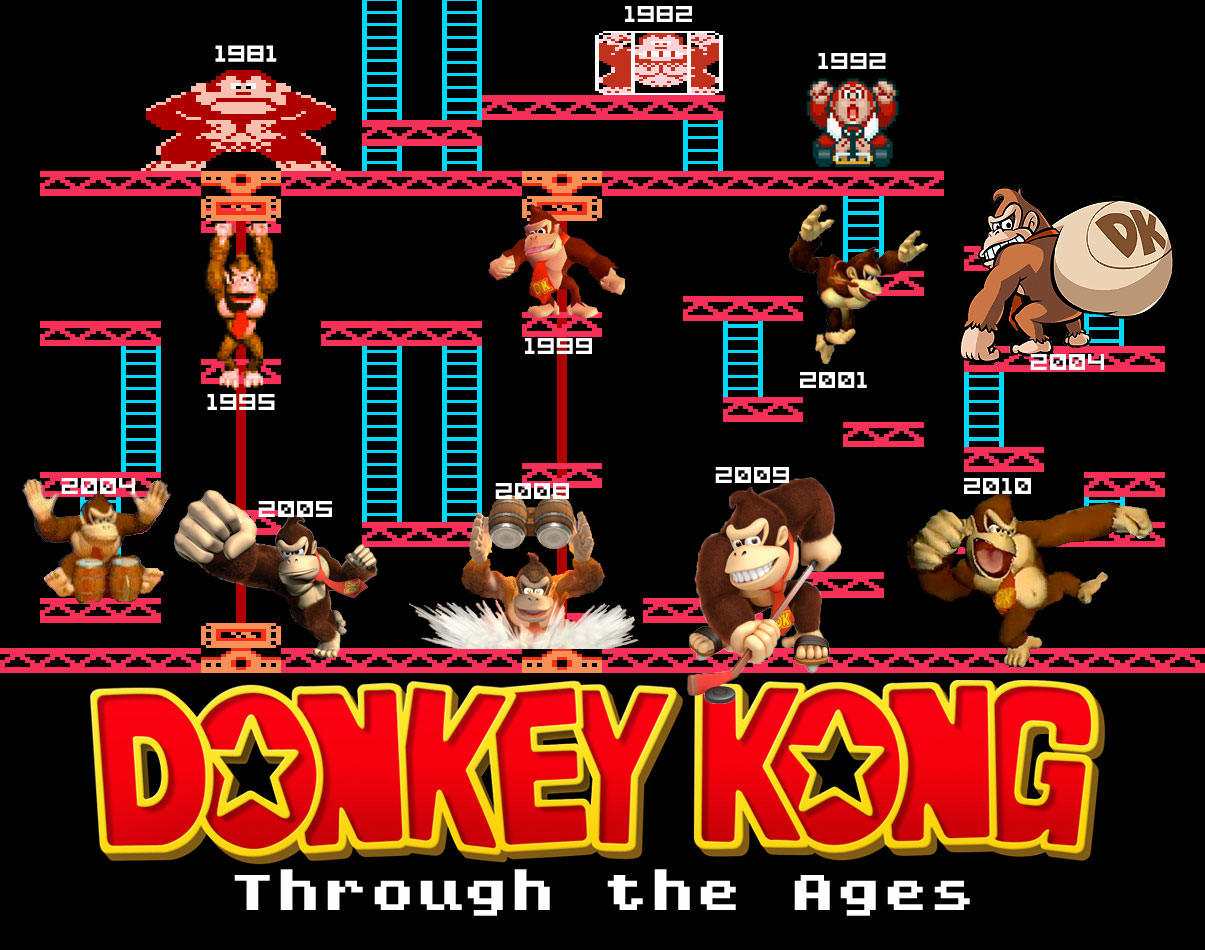 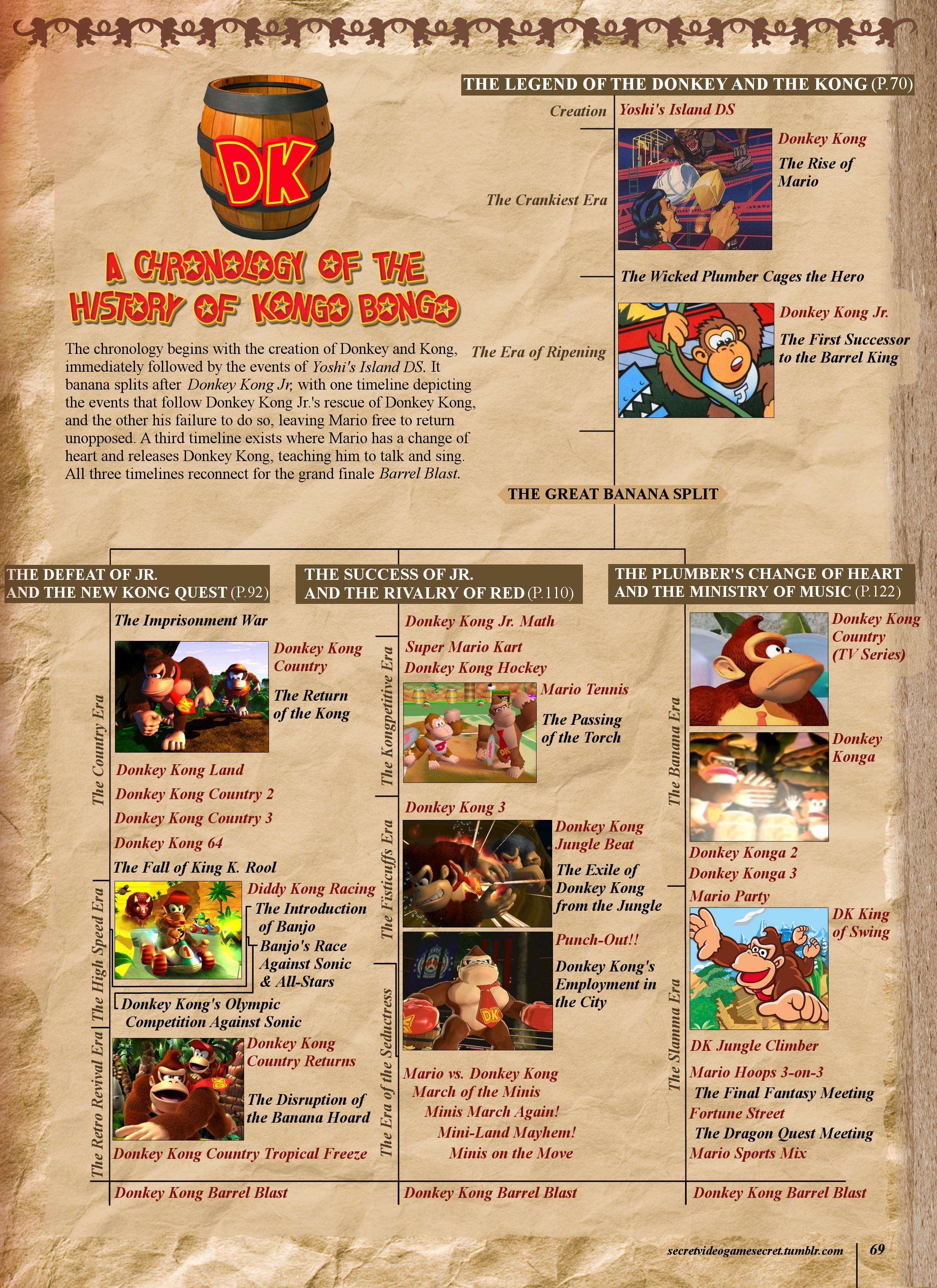 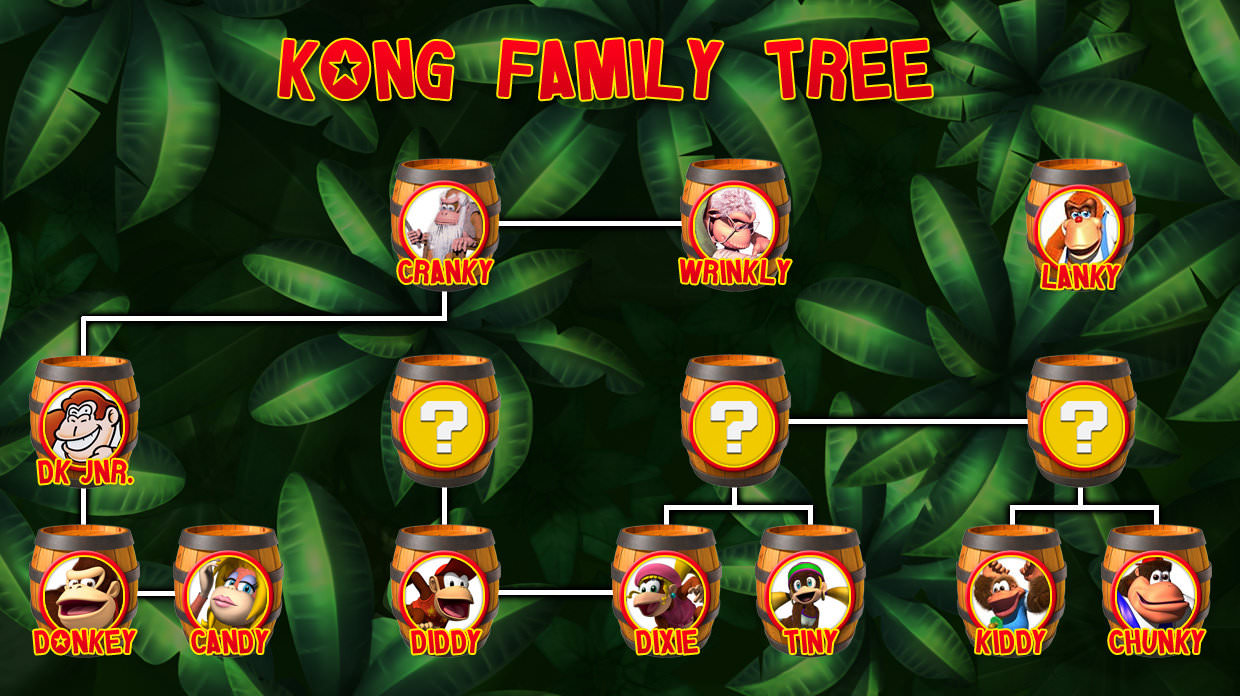