What a Captain Planet Reboot should be: The Planeteers

In times of need we need a hero and there is no greater threat to the world than pollution, in the 90s we got Captain Planet to help create awareness of what was happening. We can say that it worked somewhat but it also didn’t change the way we take care of our world as ecology is still one are where we can make a big difference and change the world. Captain Planet and the Planeteers needs a reboot and there’s no better time than now. The show was no joke and taught many values and here is how it can work again. 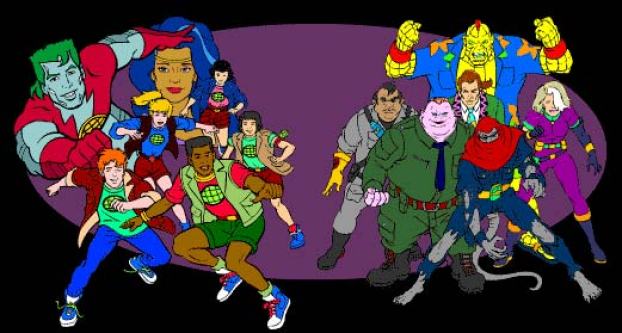 For those who not know we had 5 planeteers with rings of different elements Earth, Fire, Wind, Water, Heart. Sure Heart is not an element but it was shown as being one of the most powerful rings both in the show and through interviews with the creator. I actually like the concept that we need heart to understand why we need to have empathy and compassion with earth. With those rings. The planeteers in order of the powers I just mentioned were Kwame from Africa, Wheeler from New York, U.S.A, Linka from the Soviet Union / Western Europe, Gi from Asia and Ma-Ti from Brazil with his monkey Suchi. 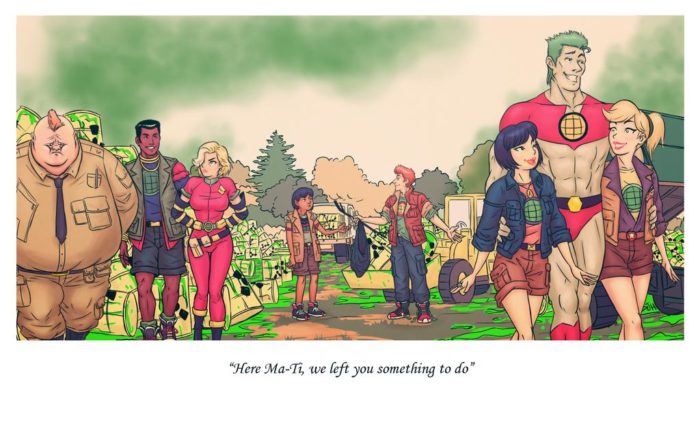 With the five rings they can call the power of those elements and when joined together they can summon Captain Planet who is meant to be a hero who can do pretty much anything to set things right. Because of this the focus on the show was for the characters to solve things on their own, without help, only when things became fantastic did they use Captain Planet but for everything else they wanted to show the Planeteers as the ones making the difference through their actions for real things while the giant mechanical thing set to destroy the trees can be handled by him. Finally we had Gaia the spirit of the Earth who oversaw everything and guided them.

Sadly in recent years the most we’ve seen regarding to Captain Planet is people making fun of the concept and praising parodies as if it were indeed better than the real thing with the Captain Planet reboot trailer movie with Don Cheadle. We did get an awesome cameo of Captain Planet in Punch Time Explosion XL which was a video game in the style of Smash Bros that was fairly low key in 2011 and a cameo in OK KO Let’s be heroes! a little more recent which was also played mostly for comedy. There hasn’t been anything else in the works and besides cameos it appears Warner Bros / Cartoon Network / AT&T just isn’t interested in the franchise at all sadly since this was a passion project by Ted Turner. 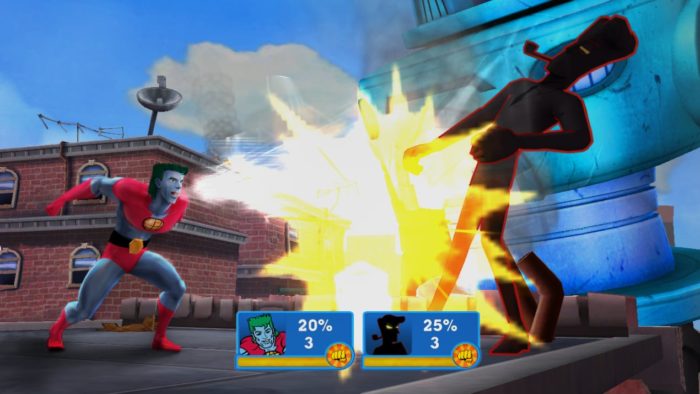 It’s important to know what the show was and who the characters were before we can discuss any reboot, as some people don’t understand what the show really was about and will just call it some Politically Correct crap that was on TV when it’s really more than that. It showed values, yes it was preachy but that was its purpose, to educate. And it was successful, thanks to Ted Turner and Barbara Pyle we got six seasons and 113 episodes, hell we were close to getting a Captain Planet movie with Dark Planet. The show isn’t meant to be some type of Social Justice drop box, it’s more about the ecology, sure it dealt with other social topics but it was never meant to be the focus of the show and it should stay that way. Ecology should never be politicized so a reboot would need to focus less on social rights and more on ecological. 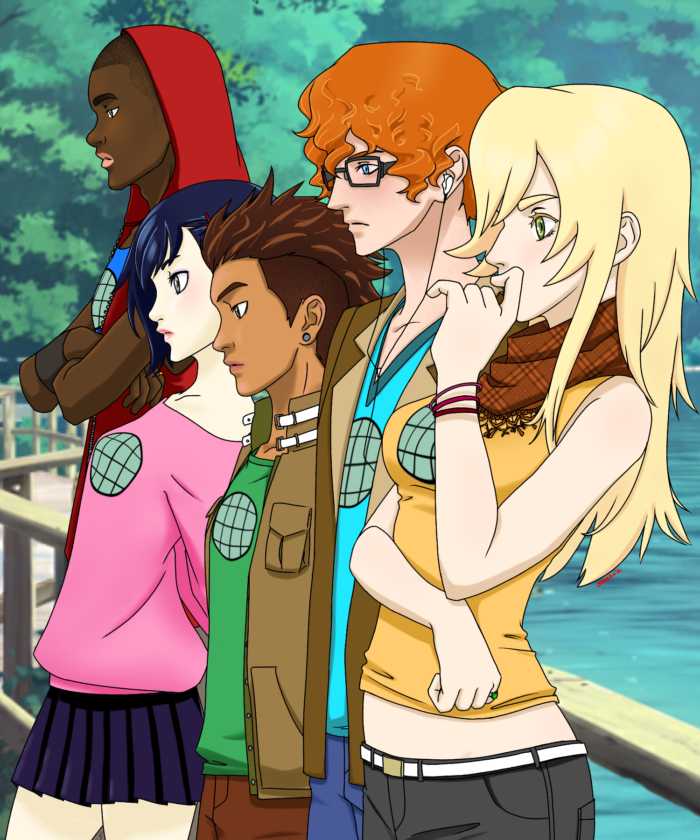 To not waste anymore time, a reboot should be a sequel series to the original, we don’t need a new version of the original characters, the world has changed and we need new ones. The original planeteers did not save the world and that should be reflected in the future we’re living in today where the world is in a bigger crisis than it was in the 90s. The show would need to be called The Planeteers, more emphasis on us the people who can make a difference. Begin with a 5 part episode introducing the new planeteers, in this case we would not see Captain Planet until the last episode, the whole thing can be seen as rumors that the new planeteers don’t really believe until the very end. Captain Planet would need to have a redesign, less of a mullet amd perhaps long hair more hippies while retaining his earth inspired look, even future Captain Planet from the show looked good with his mullet so just re-design him a bit. Gaia should also remain mostly the same since she is the spirit of the Earth with factions of every race. 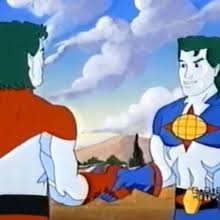 The planeteers need to have a more equivocal country of origin, the original show for the most part kept it ambiguous but some of them did have a more defined origin. South American, African, Asian, North American and European nationalities all need to be represented. No Australia is not needed, yes you can fight that Indian / Middle Eastern, Western Europe needs to be represented somehow and they’d need to find a way, perhaps a sixth ring. Some classic Eco-Villains like Duke Nukem, Looten Plunder, SLy SLudge, Verminous SKumm, Dr. Blight and Captain Pollution can definitely return, but we need more realistic villains and motivations that are a little more grey so corporate villains are perfectly fine. 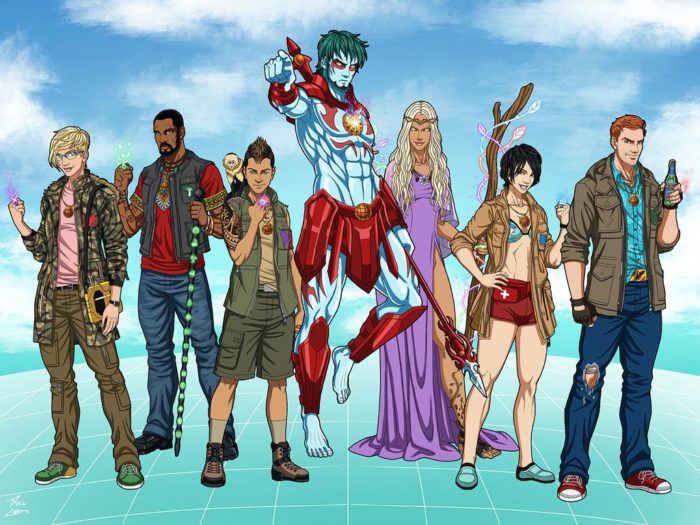 One of the new planeteers should be the daughter (or son) of Wheeler and Linka of course, and eventually the new planeteers should meet up with the original Planeteers and learn from their failures. The show should focus on changing the minds of people, and demanding for animal rights and environmental protection from their governments. Planeteer Alerts should definitely be back as well since they taught us how to do little things to help even as kids. We need a new Captain Planet show to inspire a new generation, the world cannot continue as it is.