Two movies using the Tyrannosaurus Rex as a monster in a strange setting that makes no sense with Aztec Rex and Poseidon Rex for some b-movie fun. Released in 2008 and 2013 they are the same type of movie and yet so different, you wouldn’t have high expectations for these movies and I avoided them since I didn’t think there could be anything worthy of value in them but I was wrong. We have two different takes of a T-Rex wrecking havoc and what’s not to love, the more different each movie is the better so let’s roar in. 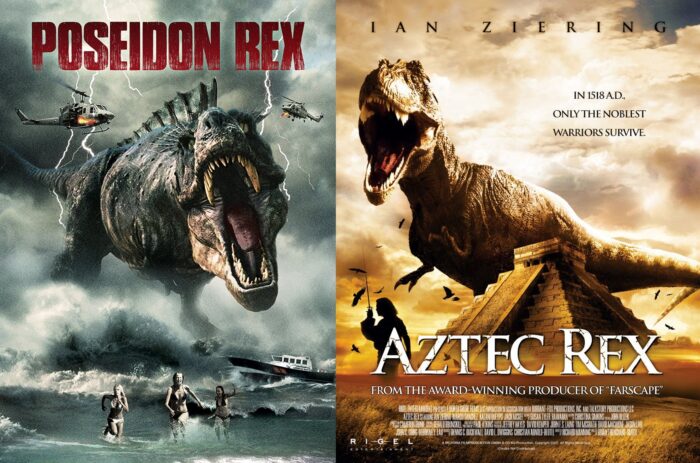 We all know the story of Cortes conquering Mexico, but few know the story of him fighting a T-Rex. This movie is so ridiculous that I can’t help but love the concept. We begin with a sacrifice which for the Aztecs was normal day to day, wish it hadn’t been so dark. Having T-rex be the Quetzalcoatl is fantastic though. The T-Rex needed feathers to make it like the ancient Aztec god named “the feathered lizard” though to make it accurate, so close to making it perfect. The sacrifice and the feathered Rex were done better by the 1994 and 2014 Dinosaur Island movies. I think the Aztec setting is severely underused in fiction with so much potential so I’m glad they went with it. Funny enough the ending of the story can be somewhat similar to something that happened and because of this and a town that was left untouched by Cortez in Mexico, I found this info by coincidence shortly after watching the movie and found it amusing, unsure if the writers knew and decided to change a few key aspects by adding a dinosaur but somehow I doubt. Double effort for trying to make it fit in continuity. 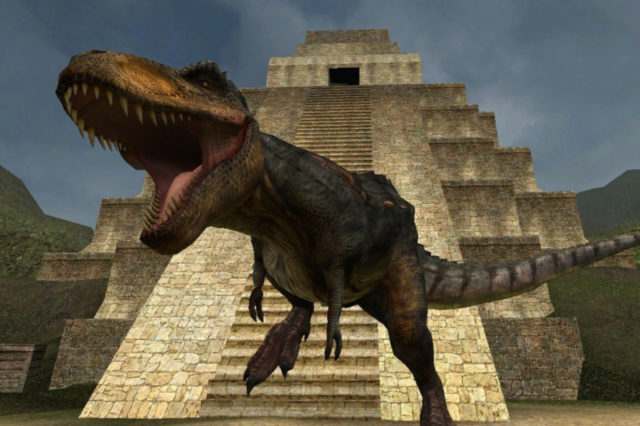 This Tyrannosaurus Azteca looks rather fake but I”m sure it was a big part of the budget, clearly CG and funny at times but not in a bad way, looks like from a video game. “You speak my language” when neither is speaking Spanish or Nahuatl. We get some logical conflict, some swrod fight between conquistadors, also fights between the Native Aztecs and of course The thunder lizard. Plot is not too bad for all things considered, Syfy did its best with its budget here. They somehow gave it a happy ending where that specific village was never conquered by Spain and we get an origin story for Sangria as well. 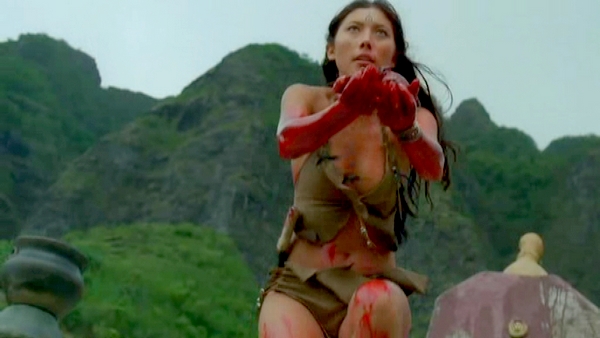 Following the Mesoamerican Dinosaur theme they’re exploring for Mayan treasure in the modern times and they awaken a T-Rex that can also swim. The movie is set in Belize and hell I don’t see why this can’t be a sequel to Aztec Rex with links like the wreck of the Cortez In a way it’s just as crazy with the plot of Spanish gold, gangsters and best of all is the Aquatic T-Rex with fins. Seriously the design is fantastic and easily the best thing from the movie and saves the lackluster plot, even the CG is rather impressive. We get a baby Aquatic T-Rex hatching from an egg and it’s as awesome as it sounds, wish we could’ve gotten more of the baby Rexes as well, it could’ve ripped off the baby Zilla plot of Godzilla 1998 with those cute baby water T-Rexes. 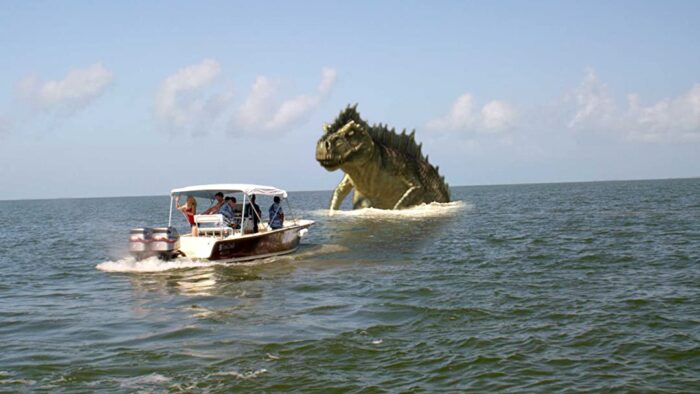 The production seems better but that just might be the quality of the camera and the fact that more time has passed, they probably spent less of a budget than Aztec Rex since it’s set in modern times. In a way having a T-Rex at sea means it’s sort of a Jaws like movie, heck I’m not sure why if a lot of the action is on the sea not use a real aquatic lizard but not going to complain, the idea of a water Rex is something you’d only see in Pokemon. The size makes no sense, constantly changes and becomes huge and how does he stand in the water? No one cares,w e just enjoy it. 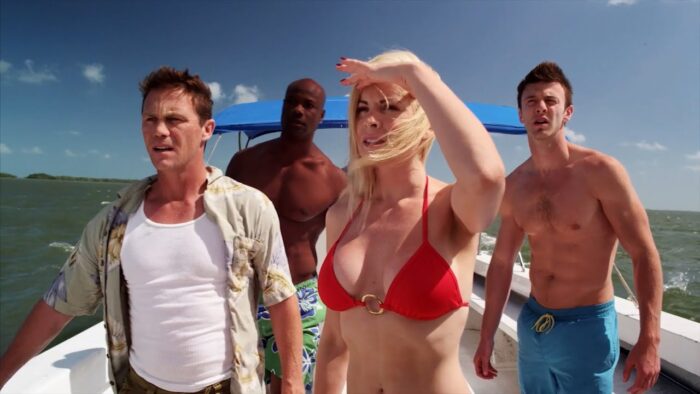 Neither movie is going to be amazing but they each have some redeeming features that make them worth it, the pre-colonial setting of Aztec Rex is refreshing and the idea of an aquatic T-Rex is just cool and it could do things the Spinosaurus in Jurassic Park /// couldn’t do. Aztec Rex doesn’t have a cliffhanger ending which is kinda needed for fun while Poseidon Rex the usual “eggs were left” but with a girl who killed everything that’s no issue there. If you just want some fun dino action you could do much worse, here you’ll be entertained with some interesting dino action.