X-Play has had a long history and while most remember it from G4 with Adam Sessler and Morgan Webb it actually started even before that. So we’ll take a look at the complete history of X-play and how G4TV basically bought an entire network just so they could have the most popular gaming show at the time from TechTV. The show began as Gamespot TV and later rebranded to Extended Play before becoming X-Play. But even taking a look back at the first episodes the Sessler we know was still doing what he did best, talk about games. Let’s dive into this retrospective to be ready for a revival. 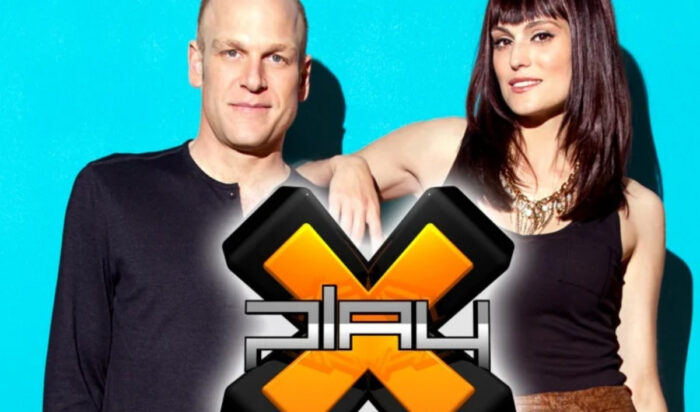 The show began as a partnership with the videogames.com / Gamespot website as a TV program for ZDTV with Gamespot editor Lauren Fielder and TechTV’s Adam Sessler. Lauren Fielder was nice but not with a lot of energy or enthusiasm that being a host requires. Adam Sessler as a lot more serious here but his insights were always there from day one of the show. It featured similar reviews that we would know also plenty of interviews, tips for games and even cheats. 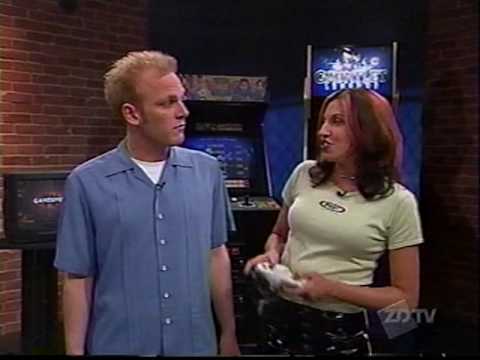 In general the show was more serious and did talk a bit more about the industry, this was 1999 so it wasn’t as cool to talk about the gaming industry back then. The show featured a bit of everything but there was plenty of focus on PC which made sense since it was TechTV. Eventually Kate Botello of The Screen Savers replaced Lauren Fielder and she is a real geek and had a lot more energy. I didn’t quite love her when I used to watch the show but re-watching I can definitely see she was underappreciated and perhaps the best co-ost Adam Sessler had. 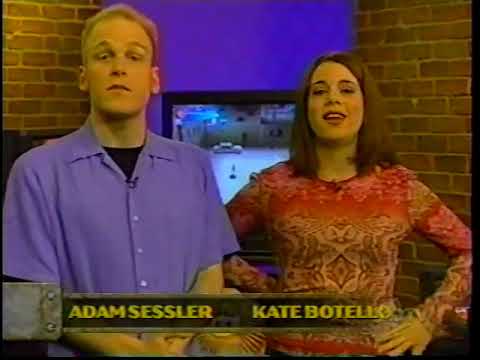 GamespotTV didn’t get a lot of focus or promotion on TechTV but one day they decided to give more attention to their gaming show and rebranded to Extended Play. This was the first rebranding and I feel a successful one, it started with both Adam Sessler and Kate Botello and with the new format it was a bit less serious and focused more on fun. It wasn’t wacky by any means but the hosts were more comfortable in showing emotions towards games. We also saw more promotion towards the show in general from the network.

The show also started to have more skits and promos outside, it wasn’t a big focus either but we’d see them from time to time. We still got previews, news among the reviews. Eventually Kate Botello left the show and Adam Sessler hosted the show alone which he had done before many times and it was fine. Sessler is a great host and can carry a show by himself but he does better when he has a co-host. 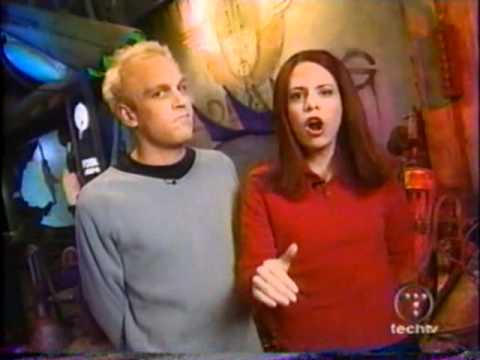 People like to talk a lot about the sets where they filmed but it’s really not something I ever noticed much, in general they were always in a dark room with some screens in the back, whether it was a studio of other shows, an arcade, their actual studio or a downgraded studio it was similar in any of the incarnations of the show. 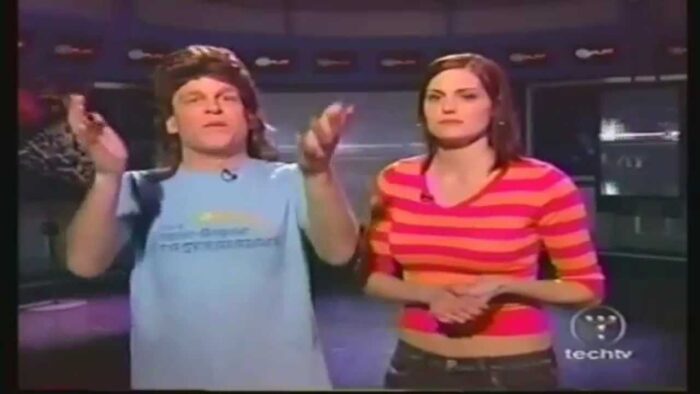 I do think Extended Play was the show at its best, it had a nice combination of comedy with actual coverage of the gaming industry, a nice balance between PC and console games and TechTV at its greatest. I loved when Adam Sessler joined other shows like TechLive and I got to watch my first E3 live on TV because of it in 2001. But eventually the show got another rebranding with the more familiar version everyone knows, shortening the name to X-Play. 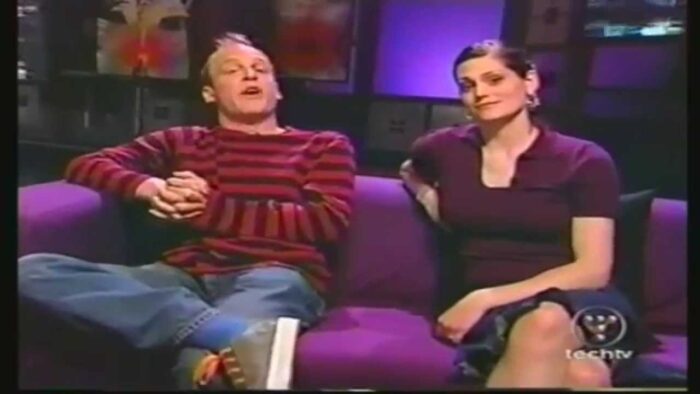 I originally disliked the name change since it seemed too close to the x-box but I lived, I did enjoy the higher quality production and I was always a fan of Morgan Webb from Call For Help and The Screen Savers so I was happy to see her become a cohost. X-Play upped the ante when it came to comedy and skits, and at first it was really refreshing and it brought a lot of energy to the show that it lacked just like when it changed from Gamespot TV to Extended Play. 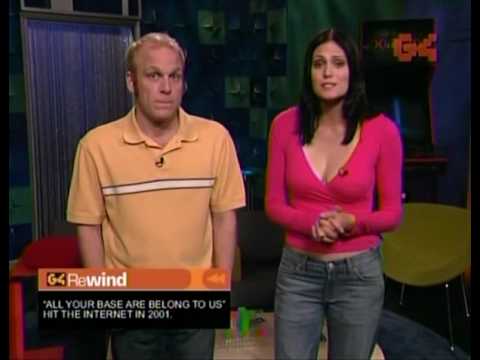 X-Play on TechTV began having a few more skits, more comedy and segments off set and it was generally fine. Adam Sessler started being a bit less serious and self depreciating humor but not too much just a bit. The narrator was an important part of the show I think and when the original narrator left he was definitely missed. As the show moved to G4 things started to change, it lasted many years there so the changes took a while to be seen. 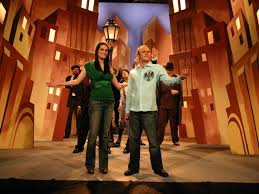 Eventually Kristin Holt Adams joined X-Play to provide cheats, which was appropriate since X-Play’s prior incarnations had similar sections and she hosted a show called Cheat! on G4TV dealing with only tips and cheats for different games. Which in a pre-youtube era it might’ve been a good idea, same with the game news sections or trailer reveals that perhaps weren’t as relevant later in the 2000’s as they were in the late 90s and early 2000’s. 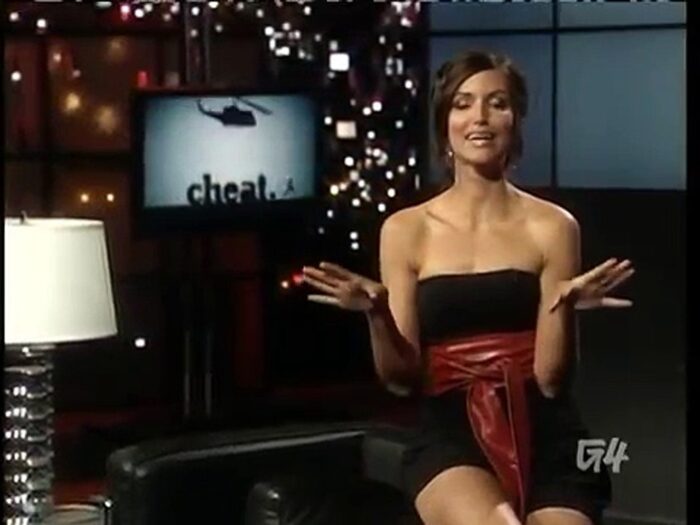 Adam Sessler and Morgan Webb always had good chemistry through out their entire run and as the show went on there was indeed more skits, more adult content and more jokes. It was all gradual but I can’t say it was ever horrible. It somehow worked for the show despite it being better without it. I did like that there were definitely references to the Gamespot TV days and prior hosts before Morgan Webb. We got plenty of special episodes like X-Play the Musical with Jonathan Mann and Olsen Twins jokes. 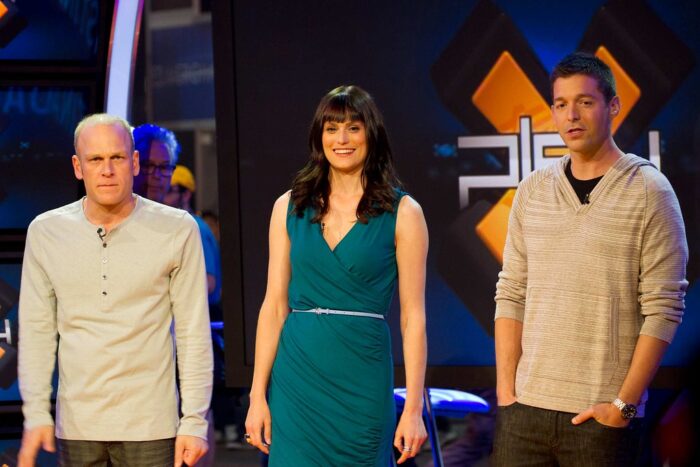 X-Play lost energy through out the years but it was still watchable. Blair Herter was eventually added to the show but he was never a great host so his inclusion was weird. When Adam got fired and Blair Herter took his role things were just bad since he never improved but now had a larger role, the show lost a lost most of its appeal since it had always been Sessler’s show despite Morgan Webb being vey popular and the show got cancelled shortly after. Unlike its sister show AOTS that had an amazing final show, X-Plays was just awful with barely any mentions to Sessler. Luckily the 1000th episode of X-play worked very well as a series finale and tribute to the show. 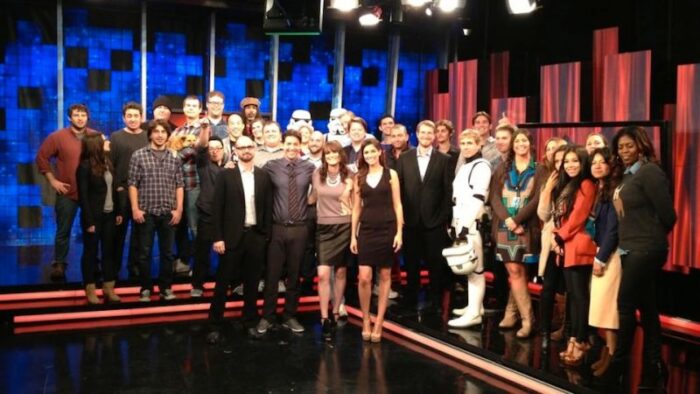 Even though to G4 the show only begins with the first official episode of X-Play on TechTV, that first episode is a direct continuation of Extended Play, heck it’s the same name and Gamespot TV is indeed the same show as well, just different incarnations of it whether it was on G4TechTV or wherever, you see the evolution of the show and how it got there slowly. I’d say there are more differences in the first episode of x-play and the last than the first episode of Gamespot TV and the first of X-Play for example. So it did have a run from 1998 until 2013, a shame Adam Sessler wasn’t in the final episodes since he was the one thing that united all incarnations, it was his show more than anyone elses. THe revival will have him and I think he can still pull it off either alone or better yet with a new cohost, it’d be great to have Morgan Webb back but even if she doesn’t, the show started without her and can continue without her.

Congratulations you have completed x=play. game over.